You can already snag an e-copy of THE DAEDALUS INCIDENT by Michael J. Martinez, but if you want a book in your hand, it’ll be out in August. In the meantime, Michael stopped by to chat about the book, and more, so please give him a warm welcome! 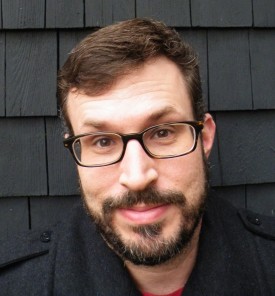 Michael, your brand new book, THE DAEDALUS INCIDENT, is out now in ebook and coming this month in print! Will you tell us a bit about it and what inspired you to write it?
THE DAEDALUS INCIDENT is basically a mix of two settings: a realistic future Mars mining colony, and a historical fantasy set in the late 18th century that features alchemically powered sailing ships voyaging between the planets of our solar system. Evil machinations threaten to bring both these dimensions together…and possibly destroy them. It’s very much a big, fun, epic adventure, crossed with a futuristic sci-fi mystery. So far, folks seem to like it!

As for inspiration…well, inspiration is a funny thing, because it never seems to work the same way twice. Once I seized upon the idea of sailing ships in space, I quickly understood exactly the kind of setting I wanted: less Pirates of the Caribbean, more Master & Commander. It took a while before the future SF setting came into focus, though. It started as a way to keep the sailing-ships-in-space thing a bit more grounded (pardon the pun), but over time ended up developing into a strong story in its own right. Surprisingly, they mixed well together.

What about you? You have a background in journalism, but have you always wanted to write a book? Tell us more!!
God, no. I had no idea I even could write a book when I started this thing. I had the idea for years, but was kind of paralyzed at the thought of trying to write a novel. I had no training, no sense of anything. I never even took a class. Journalism is a very different beast in that you go where the facts of the story take you. The situations impose structure on the writing, and you just flow with that. In fiction, that’s all on you as the writer. But once I got over the hump and actually saw a decent story taking shape, I was hooked. 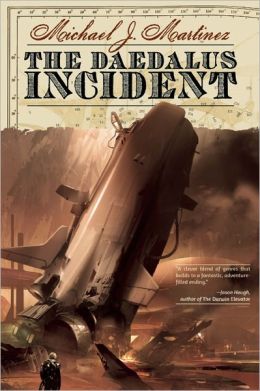 THE DAEDALUS INCIDENT looks to be an intriguing blend of SF and adventure! What kind of research did you do for the novel?
You know, neither setting is completely fantastical; both are very grounded in the real world, believe it or not. For the historical fantasy setting, I did a ton of research into the late 1700s, and especially into the English Royal Navy at the time. I walked the deck of the replica HMS Surprise in San Diego to get a sense of proportion for HMS Daedalus. I read a lot of history. And for the future setting, I researched a lot about what it would take to set up a colony on Mars, what folks would need, why they’d even be there. I took in a lot of futurist musings about what our tech might be like a hundred years from now. I wanted it to feel less like Star Trek and more like a natural extension of the world we know today. Think about the world in 1913. There were phones and electricity and subways and even some cars. A visitor from the last century would see some recognizable stuff…and the stuff he or she didn’t recognize would still be logical in retrospect. That’s the same thinking I tried to apply to my 22nd century setting.

What did you enjoy most about writing it?
I particularly liked seeing the characters evolve. I remember writing one scene early on and suddenly the thought occurred to me, “This character wouldn’t do that.” And that’s when I had the realization that I had created something bigger than just words in Word. There was art in there, somewhere. That was a very cool thing.

I also enjoyed trying to bring about good, smart female characters. I think the vast majority of SF/F fans would like to see more out of women in the genre beyond the stereotypical tropes. I tried to make my female characters as real and as interesting as possible, and to really take the lead in driving the plot.

What are some of your biggest literary influences?
THE DAEDALUS INCIDENT is very much in homage to the Horatio Hornblower novels by C.S. Forester and the Aubrey/Maturin works of Patrick O’Brian. Those two are Napoleonic naval fiction, really, and I very much wanted my work to have that same feel, even when you’re making keel-fall on the seas of Venus. I think there’s some early Arthur C. Clarke in the future setting, certainly. And, admittedly, there’s a fair chunk of Star Wars in there.

What do you like to see in a good book?
I’m really quite guarded about opening up new books lately. Reading a new book represents time not spent writing, and with the demands of a day job and my desire to spend time with my family, any book that clamors for my attention has to be awesome. So I’m totally that guy who will read the first five to 10 pages in the bookstore (or the ebook sample) and put it down if it doesn’t hook me right off the bat. I want to see really good wordplay, some eyebrow-raising action and at least one memorable character. If I don’t get that, I’m really not likely to pick it up and go further.

The other thing about reading is that I’m starting to get slightly paranoid about lifting ideas for my own writing. I don’t want something stuck in my mental craw that comes out in my manuscript, you know? That can’t be good.

Is there anything in particular that will make you put a book down, unfinished?
If it passes the above test, then chances are I’ll plow through at speed…but that’s not always the case. I admit, I was late to A Song of Ice and Fire and, frankly, was immediately daunted about 15 pages into A Game of Thrones. It was very good, and promised to be a complex, fully immersive experience. And so I stopped. Because, dammit, I had a book of my own to write, and I know that I would’ve taken six months “off” from that to read the entire series.

So, daunting phone-book-sized novels aside, there isn’t much. Even when it feels like the author just broke his or her narrative, I’ll read on to see if it gets fixed…or if I missed the point entirely. 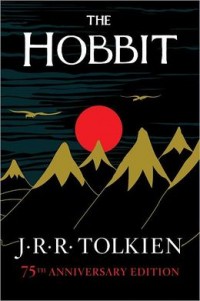 If you could experience one book again for the very first time, which one would it be?
I’m lucky in that I have a daughter who loves to read. I recently bought The Hobbit for her, and I’m really looking forward to experiencing it again through her, so at the moment, that’s my answer. Actually, we just watched Star Wars together – it was her first time seeing it – and I loved how she was on the edge of her seat at the end, wondering whether the Rebels would be able to defeat the Death Star in time! So yeah, I’m living this question regularly, and loving it.

I see that you enjoy beer and homebrewing, so have to ask…what’s your fave brew?
This question is totally unfair, because there’s no way I could pick just one. They say that Westvleteren XII – a rare, dark Belgian beer made by monks – is the best in the world, and I would totally agree it’s utterly outstanding. But then, Brooklyn Brewery’s Sorachi Ace is very different in that it’s a light, lemony beer that’s just fantastic. New Belgium’s Fat Tire is a standby when I can get it. Alchemist’s Heady Topper is a great hoppy beer, too.

All that said, I do have a 2006 Monster Ale from Brooklyn Brewery (yes, beers can have vintages!) that I’ll be cracking open the day THE DAEDALUS INCIDENT finally releases in print.

What’s next for you this year and beyond?
Well, honestly, I’m just happy and relieved that THE DAEDALUS INCIDENT found a new home with Skyhorse Publishing, and those folks seem to be on top of things. Right now, I’m serializing a novella up on my blog called THE GRAVITY OF THE AFFAIR, which is in the same historical fantasy setting as DAEDALUS. I’m also working on my next project, which…well, can’t really say more about that right now. Sorry! Ask me again some time and I may have a better answer…!

Meantime, I’ll be doing a signing August 17 at Mysterious Galaxy in Redondo Beach, Calif., and I’ll be doing panels and such at WorldCon in San Antonio, Tex., over Labor Day weekend. It’ll be fun to do Real Author Things, so if anybody’s in those areas on those dates, come say hi!

About THE DAEDALUS INCIDENT:
Mars is supposed to be dead

Bizarre quakes are rumbling over the long-dormant tectonic plates of the planet, disrupting its trillion-dollar mining operations and driving scientists past the edges of theory and reason. However, when rocks shake off their ancient dust and begin to roll—seemingly of their own volition—carving canals as they converge to form a towering structure amid the ruddy terrain, Lt. Jain and her JSC team realize that their routine geological survey of a Martian cave system is anything but. The only clues they have stem from the emissions of a mysterious blue radiation, and a 300-year-old journal that is writing itself.

Lt. Thomas Weatherby of His Majesty’s Royal Navy is an honest 18th-century man of modest beginnings, doing his part for King and Country aboard the HMS Daedalus, a frigate sailing the high seas between continentsand the immense Void between the Known Worlds.

With the aid of his fierce captain, a drug-addled alchemist, and a servant girl witha remarkable past, Weatherby must track a great and powerful mystic, who has
embarked upon a sinister quest to upset the balance of the planets—the consequences of which may reach far beyond the Solar System, threatening the veryfabric of space itself.