Jason M. Hough’s awesome debut SF novel, THE DARWIN ELEVATOR, just came out yesterday, and he stopped by to answer a few questions about the new book, and more!

Please welcome Jason to the blog!

We’ve also got 3 copies of THE DARWIN ELEVATOR up for grabs to 3 lucky readers, so be sure to check out the giveaway details at the bottom of the post! 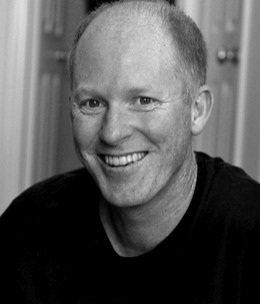 Welcome to the blog, Jason! It says in your bio that writing went from hobby to obsession. Will you tell us a little about yourself, your background in game design, and what led to your obsession?
As a kid I was fascinated with 3D graphics and animation, starting with the rudimentary visuals in the games of that era as well as the groundbreaking work coming out of special effects companies like ILM and Pixar. I put virtually all of my creative energy into learning how to do that kind of thing, which eventually led to a job as an artist with a small game company. Soon after I was promoted me to Game Designer, probably because I was only mediocre at the art stuff, especially compared to the amazing people I worked with. Game design proved a better fit, and I did that for a number of years before eventually deciding to take a role at a communications company. The new job was stable, better paying, and almost entirely lacking in creativity.

To fill that void I took up writing as a hobby. It seemed like something I could do on my own (as opposed to, say, making short films or joining a band). There are also a lot of parallels to game design in the process of writing a novel. World building, character development, even plotting the story and writing dialog are all skills I was able to apply right away. I didn’t get very far with it until I tried Nanowrimo in 2007. That’s when I started writing daily and really became hooked. 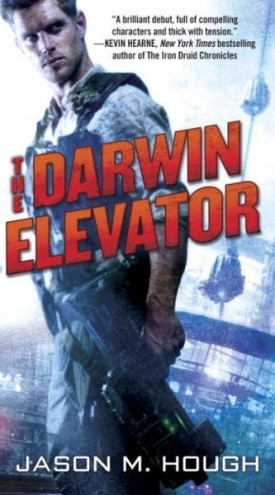 THE DARWIN ELEVATOR is the first book in The Dire Earth Cycle, and has already gotten raves! Will you tell us a bit about it and its heroes, Skyler Luiken and Dr. Tania Sharma?
The books are basically a first-contact mystery disguised as an action thriller. It’s set a few hundred years from now, but for reasons hinted at in the books it’s a fairly low-tech future.

Backstory: Aliens sent an automated construction ship to earth, which built a space elevator connected on the ground in Darwin, Australia. No explanation was provided. A dozen years later we were well along the path of making use of this cheap access to orbit, thanks largely to a company called Platz Enterprises, which built and operates the stations and infrastructure along the cord. Around that time, though, a disease began to spread from Africa, wiping out huge swaths of the population and leaving most of the survivors in a kind of devolved, animalistic state. It became clear that, for whatever reason, Darwin was safe ground. The elevator is somehow protecting people against the disease, provided they stay within a nine-kilometer radius.

It’s been five years since that apocalyptic event, and humanity is barely clinging on as the city slowly crumbles. The aliens responsible for all this have still not shown themselves, or explained their motives.
Skyler is an “immune”, one of the few individuals with that trait. As such, he can leave the city of Darwin at will. He’s also a pilot, formerly in the Dutch Air Force, and puts that skill to use by flying scavenger missions out beyond the city’s protective aura.

Tania is an astronomer, born to very well off Indian family. She’s spent most of her life living aboard the space stations that line the elevator. Her father was the right-hand man of the world’s wealthiest businessperson, Neil Platz, and as a result she has a very close relationship with the tycoon.

How did you celebrate when you found out The Darwin Elevator (plus two more!!) sold to Del Rey?
I learned of Del Rey’s offer while my wife and I were in the hospital. Our second son had just been born a few hours earlier, and we were both exhausted. So our celebration involved a lot of whispered exclamations of astonishment while the baby slept, interspersed with the changing of gnarly poopy diapers. Fun times!

Will you tell us a bit about your writing process? Are you a plotter or a pantser?
Plotter! Tried the pantser approach for my 2007 nanowrimo novel and it fell apart at the halfway mark. So the year after I went in with a detailed plan and that works for me.

I’ve refined my process since then, I suppose. I now start out by outlining each chapter as a single sentence, usually just 3 words (noun verb noun). For example, if I was outlining the plot for Star Wars, the final chapter might say simply “Luke destroys Deathstar”. This gives me enough to know where the story is going without taking all the fun out of the writing itself. If I go much further than that, I find the actual writing part feels more like a chore. “Pants the small stuff” is my writing motto, if I have one.

As for the actual writing, the Del Rey contract came with a breakneck schedule. DARWIN took me 3-plus years at my own pace, and suddenly I had 14 months to write two more books. Plus I had a full time job and two young children at home (one literally days old). So, thanks to the support of my lovely wife, I took to writing in the early mornings before work. I was up and at the coffee shop by 5am almost every day, wrote until 7 or so, then went to work early so that I could be home by 4:30ish to spend time with the kids.

What do you enjoy most about writing SF?
Tough question. I suppose I like the challenge of making things up that are still grounded in our reality. By the way the first person to post the word preamble to my facebook page will get a signed copy of book one. Science Fiction and Fantasy both appeal to me, but one of the great things about science fiction is that it can be utterly fantastic and yet the reader can still be thinking, somewhere in the back of their mind, that what they are reading is actually possible. Unlikely, sure, but possible. 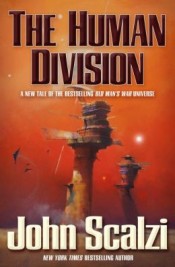 What are a few of your favorite authors or novels? Are there any that have particularly influenced your writing?
My favorite author is Guy Gavriel Kay, though I wouldn’t dare say he influenced my writing. I hope he did, but being my own worst critic I couldn’t imagine comparing myself to him (or anyone else, really). I’m a huge fan of John Scalzi, Richard K. Morgan, Stephen King, Iain Banks, Robert Heinlein, and Arthur C. Clarke, to name a few. All have influenced me in one way or another, I suppose.

Outside of SF and Fantasy, I grew up reading a lot of Ian Fleming, John Gardener, John LeCarre, and also non-fiction work by people like Richard Feynman and Carl Sagan.

What kind of research did you do for The Darwin Elevator?
The bulk of my research was a crash course in Darwin itself, since I’ve never been there. And, of course, the science & technology of space elevators.

Was your background in game design any help in building the world for the novels?
Definitely. It helped me in mapping out the world and defining the rules for how various aspects work. Perhaps most importantly, though, working on games helped prepare me for the publication process. Keeping on schedule, handling editorial comments, collaborating on cover art and all those things… even though I’m a debut author, I’ve been through a nearly identical process many times before.

When you’re not busy at work on your next project, how do you like to spend your free time?
I spend it almost entirely with my kids (two boys, ages 3.5 and 1.5). We build train tracks and lego vehicles, go to the zoo or the aquarium, watch 80’s cartoons… you name it. Family is my life, really. I write full-time now but I still consider it a hobby. Raising kids is certainly much more difficult work!

What’s next for you?
I’m plotting more books in this universe right now, as well as working on a few other ideas that I hope to pitch in the next few months. A lot depends on how well these first three DIRE EARTH books do. We shall see!

About THE DARWIN ELEVATOR:
In the mid-23rd century, Darwin, Australia, stands as the last human city on Earth. The world has succumbed to an alien plague, with most of the population transformed into mindless, savage creatures. The planet’s refugees flock to Darwin, where a space elevator—created by the architects of this apocalypse, the Builders—emits a plague-suppressing aura.

Skyler Luiken has a rare immunity to the plague. Backed by an international crew of fellow “immunes,” he leads missions into the dangerous wasteland beyond the aura’s edge to find the resources Darwin needs to stave off collapse. But when the Elevator starts to malfunction, Skyler is tapped—along with the brilliant scientist, Dr. Tania Sharma—to solve the mystery of the failing alien technology and save the ragged remnants of humanity.

GIVEAWAY DETAILS
1.) You MUST fill out the form below (if you’ve signed into Rafflecopter before, it will remember you!)
2.) Giveaway is for 3 copies of THE DARWIN ELEVATOR by Jason M. Hough to 3 winners
3.) Giveaway is open to US residents only
4.) You must enter on or before 8/8/13
5.) Giveaway books courtesy of Del Rey
6.) Please see my Giveaway Policy. 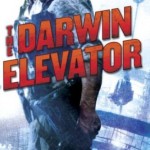 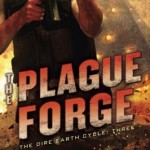