Interviews A Conversation with Koethi Zan, author of THE NEVER LIST

A Conversation with Koethi Zan, author of THE NEVER LIST

Courtesy of Pamela Dorman Books/Viking, in addition to the giveaway for THE NEVER LIST (on sale 7/16), they’ve shared a Q&A with the author, Koethi Zan! Enjoy! 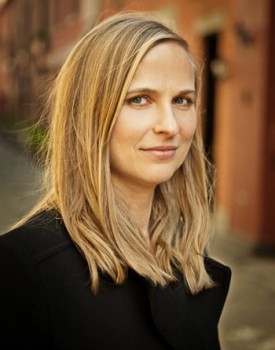 Where did the inspiration for THE NEVER LIST come from?

THE NEVER LIST was inspired in part by the amazing stories of captivity survivors: Elizabeth Fritzl, Natascha Kampusch, Sabine Dardenne, Jaycee Lee Dugard. These women have suffered through the absolute worst thing I can imagine and every one of them has demonstrated incredible strength in the wake of such trauma. My own difficult life struggles paled in comparison. I was—and am—in awe of them. I wanted to create a character like that: a woman who was strong in the face of unfathomable horror, but who needed to confront her past to figure that out.

THE NEVER LIST echoes recent events in the news even though you wrote it long before those events came to light in May 2013. How did you feel when you heard about the women in Cleveland and have you heard any early feedback about the eerie similarities between life and art here? If the news about Cleveland had broken while you were writing your novel, would those events have changed the storyline in any way?

I was stunned when the news broke about the Cleveland kidnappings, and it only became more surreal as the story unfolded. I’d written a book based on my worst nightmare, and there it was on the screen—real. And even worse than the story I’d invented.

Dozens of friends contacted me in those first few days, recognizing the obvious similarities and thinking I would have some special insight into the situation. But I didn’t have any answers for them. I don’t know how or why these terrible things happen. Writing my book was just my way of trying to understand the hardships and strength of the women whose stories inspired me. All I know is that I am so happy that Amanda Berry, Gina DeJesus and Michelle Knight are finally free, and I hope they are able to recover from such an unfathomable tragedy.

It’s hard to say what I would have done had the story come to light while I was writing the book. However, even if I had changed some of the plot details, the essential narrative would still have been the one I felt driven to tell: the story of a woman who survived an awful, traumatic experience and her struggle to recover by facing her past. My book was written from the heart, with great empathy and respect for abduction survivors. The timing of this revelation doesn’t change that; it only makes my feelings for all these amazing women that much stronger. 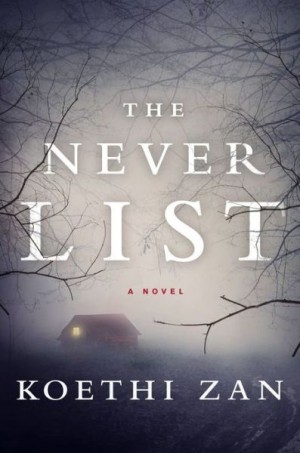 I was raised in a family of scientists in a house that had only one small bookcase. And unfortunately that bookcase was filled with chemistry and engineering textbooks. When I was nine, however, I found at the bottom of a drawer my mother’s Norton Anthology of English Literature, Volumes I and II, from her one required freshman English class. After that I pretty much survived childhood by reading.

If you’d asked me at twelve, I would have said all I ever wanted to be was a writer, but I lost my nerve somewhere along the way and opted for a steadier career path. I was estranged from my parents after high school and ran out of money fast, so it seemed important at the time to find a secure way to support myself. So I ended up at Yale Law School, which was a pretty great safety net.

I was drawn to the world of writers, though, so perhaps it was inevitable. I married a writer and as a lawyer I represented writers. My favorite New Yorker cartoon sums it up: a little boy in a cowboy costume says to his father, “Well, if I can’t be a cowboy, I’ll be a lawyer for cowboys.” So now I’m finally a cowboy.

How would you describe your book to someone you’d just met?

I like to say it’s a psychological thriller about girls held captive in a basement crossed with a trauma recovery memoir—sort of as if the girl in that basement from Silence of the Lambs ended up hunting down Hannibal Lecter.

Do you have a “Never List” of your own?

I don’t have an actual written list, but I do have a jumble of informal rules that my best friend and I developed in high school. We didn’t need to write anything down because we lived by them everyday as we navigated our way through our odd adventures: staying out all night, going to unsavory clubs, hanging out with strange characters. I have written Sarah and Jennifer’s Never List, however, and expect to add to it, perhaps even with suggestions from readers.

As I thought about this question, it struck me that the first names to come to mind were all young girls: Scout from To Kill a Mockingbird, Matilda, Pippi Longstocking, Jo from Little Women, Cassandra from I Capture the Castle, Catherine of the early chapters of Wuthering Heights. These characters are all smart, tough and insightful individuals who follow their own way.

It’s telling that so many of the strongest, surest female characters haven’t yet reached maturity, while some of the adult characters I love are ruined or deeply flawed: Anna Karenina, Isabel Archer, Lily Bart. Yes, they are more complex and challenging, but in a way, my true heroes are the girls who haven’t been taught to doubt their strength yet. My life goal is to get back to that place, and to keep my daughters there.

Did you do any research before you began writing your book?

I spent the past ten or so years researching it indirectly. My unofficial hobby—one I would never put on my resume—was obsessively studying psychopaths, captives, and the criminal mind. Also, I took a brief detour from law in the early 2000s to go to graduate school in Cinema Studies. There I studied Surrealism with the incredible Annette Michelson, who, let’s just say, has a penchant for the dark side. So in many ways it was as if I was preparing for the book for years without knowing it.

Do you feel your own life experience has contributed to the book in any specific ways?

Definitely. Although I have thankfully never experienced what my characters went through, the broadest themes were drawn from my own emotional life. Sarah, Tracy, Christine and Adele each have a different response to the traumatic events of their collective past, and I’ve experienced them all for better or worse: anxiety, anger, repression, ambition. I’ve worked with a wonderful therapist on and off for a decade—our relationship is definitely not the model for Sarah and Dr. Simmons—but my own process helped me understand what it’s like to go back and face a dark past.

Specifics from my own life influenced many of the details of the book as well. My relationship with my best friend was the model for the friendship between Sarah and Jennifer. While the story is obviously fiction, the powerful, intense nature of their friendship is rooted in ours, and their paranoia and obsession with precautions are magnified versions of our own.

Also, I went to college in Birmingham, Alabama, and my friends and I spent many weekends in New Orleans, wreaking all manner of havoc. We lived a pretty wild life—hitting the club scene, dressing up in costume, crashing with strangers. We woke up one morning to find we were staying with a guy who honestly believed he was a vampire. That was a bit of a wakeup call.

While I was in college, I also had a brush with a spiritual cult. My roommate and I went to regular meetings for a couple of months, where we were instructed in a bizarre cosmology and taught to be “present to the moment.” It was an interesting life experience that we didn’t take very seriously. Then we reached the level where we were invited to attend a weekend retreat in honor of a visiting guru from New York City. We had to scrape the floors of a house we were renovating for the group, do special “sacred” movements to music, and were expected to meditate for hours. I’m not ashamed to say I feigned illness, got out of there fast, and never went back. 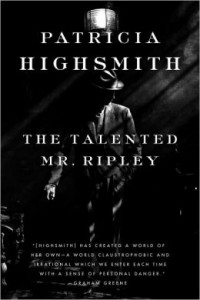 Which writers do you enjoy reading?

Mostly I read at either one of two extremes: nineteenth century/early twentieth century marriage plot novels and dark psychological crime. My favorites aren’t especially original: Tolstoy, Dickens, Austen, Wharton, Zola, Eliot, and Nabokov. And I always recommend a couple of books I think are under-appreciated: Samuel Butler’s The Way of All Flesh and Lermontov’s A Hero of Our Time. Some of my favorite crime writers (construed broadly) are Patricia Highsmith, Graham Greene, Shirley Jackson, Henning Mankell, Ruth Rendell and Dorothy L. Hughes. I can’t understand why everyone in the world hasn’t read We Have Always Lived in the Castle because it is a perfect, perfect book.

I wrote THE NEVER LIST down in a stonewalled basement, which was fitting. I got up at five a.m. five days a week and wrote for exactly one hour before my kids got up. I gave myself a minimum of five hundred words to do in that hour (which I later increased to six hundred), so there was no time for writer’s block or self-doubt. I only knew the broad strokes of the story, so each day was a new revelation, as I would find out what was going to happen as I went.

Now I’ve moved to another house, so I don’t have that wonderful basement anymore. In fact, I have a large, bright sunny office with a beautiful view of the Berkshires, where I absolutely never, ever work. I end up at the banquette in my kitchen, mostly so I can sit cross-legged.

I’m writing two books now, and I do a thousand words on each a day. On the first draft, I focus on getting the story down, knowing I will re-write each line a thousand times. For one of these books I have a relatively detailed outline that I more or less stick to, but for the other I’m letting it unfold as I go. I like to get my word count done first thing in the morning; otherwise it hangs over my head. After every five hundred words, I get a ten-minute internet break, then—provided I’m not traumatized by what I’ve found there—it’s back to work. 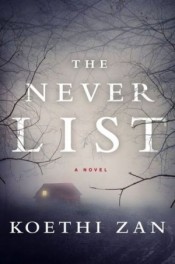 About THE NEVER LIST:
For years, best friends Sarah and Jennifer kept what they called the “Never List”: a list of actions to be avoided, for safety’s sake, at all costs. But one night, against their best instincts, they accept a cab ride with grave, everlasting consequences. For the next three years, they are held captive with two other girls in a dungeon-like cellar by a connoisseur of sadism.

Ten years later, at thirty-one, Sarah is still struggling to resume a normal life, living as a virtual recluse under a new name, unable to come to grips with the fact that Jennifer didn’t make it out of that cellar. Now, her abductor is up for parole and Sarah can no longer ignore the twisted letters he sends from jail.