Taylor Stevens is the award winning author of the Vanessa Michael Monroe series (The Informationist, The Innocent, and The Doll), and she was kind enough to answer a few questions about The Doll, and more, so please welcome her to the blog!

We’ve also go a copy of The Doll up for grabs to one lucky winner, so be sure to check out the details at the bottom of the post! 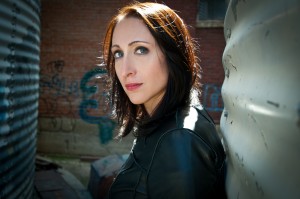 Taylor, the 3rd book in your Vanessa Michael Munroe series just came out, and it goes to some pretty dark places, namely human trafficking for starters. What kind of research did you do for the book?
Human trafficking is an issue I’ve been aware of for quite some time, and it seemed to me that many people in developed nations still have a tendency to view it as something that happens only in other countries. I felt it could use more attention and the subject matter worked for the story, but it’s such a dark, depressing, and almost hopeless topic that I didn’t feel I could properly do it justice in the form of entertainment. I had read a number of books on the topic and delved into first-hand accounts of trafficking victims, but was nowhere near an expert and so, to try to avoid making a mockery of such a serious subject, I avoided true-to-life scenarios and instead built an extreme outlier situation and used that as the entertainment while contrasting against the starkness of what is reality. 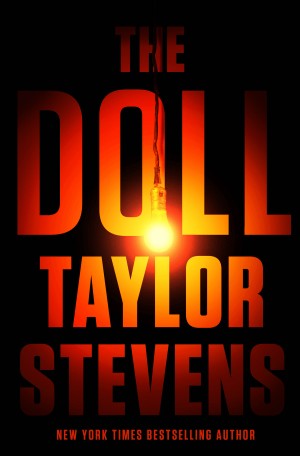 Your background is fraught with hardship and you managed to get away from a horrible situation. Do you see a little of yourself in Vanessa?
I actually get this question a lot, and really, it’s quite flattering. I like Munroe a lot—I empathize with her—but she and I are so opposite one from the other that it’s easier to think in terms of differences than similarities. I suppose her analytical mind and her ability to understand people, although far more amplified, are somewhat similar to the way my own thought processes work, and much like her, I had a hijacked childhood. But all that inner turmoil and damage, that rage and suppressed violence?—That is so not me. I am far too happy, smile way too much and am too much in love with life’s simple joys to brood. Oh, and I’m a total scaredy-cat.

When you write, do you plot everything out before hand or just start writing and see where it takes you? Will you walk us through your process a little?
The process has been different for each book. With The Informationist I was learning how to write as I wrote the book and when I’d started I didn’t have a plot or characters or anything really, I just knew that I wanted to write about Equatorial Guinea. And, since most of the few novels I’d read up to that point had been thrillers a la Jason Bourne, that’s the direction I went in my own storytelling. But I also had all the time in the world to write it. After having been published and now being under contract and having deadlines, I have a lot less time to build the story each story and can’t afford to waste a month here or there developing all the moving parts within plotlines that don’t actually work. So now I tell myself the entire story before I start writing—I basically write up about 30 pages of tell don’t show just to make sure that I understand all the major plot points and conflicts along the way and once I have that, then I begin creating the moving pieces. The final product doesn’t necessarily resemble the outline, but the result is a lot tighter.

What are some of your favorite authors or novels?
I don’t have nearly as much time to read for pleasure as I once did, and when I do, I tend to lean toward non-fiction these days. But when I’m in the mood for an escape, I prefer humor. I love Christopher Moore and Carl Hiaasen.

What’s next for you, this year and beyond?
A lot of that will truly depend on reader and fan support for this series. I’m currently under contract for books four and five, and am wrapping up the first draft of THE CATCH, in which Munroe gets tangled up with a Somali hijacking. After that it’s as much a mystery to me as it is to my readers, ha.

About THE DOLL:
Haunted by a life of violence and as proficient with languages as she is with knives, Vanessa Michael Munroe, chameleon and hunter, has built her life on a reputation for getting things done—dangerous and often not-quite-legal things. Born to missionary parents in lawless Africa, taken under the tutelage of gunrunners, and tortured by one of the jungle’s most brutal men, Munroe was forced to do whatever it took to stay alive.

The ability to survive, fight, adapt, and blend has since taken her across the globe on behalf of corporations, heads of state, and the few private clients who can afford her unique brand of expertise, and these abilities have made her enemies.

On a busy Dallas street, Munroe is kidnapped by an unseen opponent and thrust into an underground world where women and girls are merchandise and a shadowy figure known as The Doll Maker controls her every move. While trusted friends race to unravel where she is and why she was taken, everything pivots on one simple choice: Munroe must use her unique set of skills to deliver a high-profile young woman into the same nightmare that she once endured, or condemn to torture and certain death the one person she loves above all else.

Driven by the violence that has made her what she is, cut off from help, and with attempts to escape predicted and prevented, Munroe will hunt for openings, for solutions, and a way to strike back at a man who holds all the cards. Because only one thing is certain: she cannot save everyone.

In this high-octane thriller for fans of Lee Child, Stieg Larsson, and Robert Ludlum’s Bourne trilogy, Vanessa Michael Munroe will have to fight fast, smart and furiously to overcome a dangerous nemesis and deliver her trademark brand of justice.

1.) You MUST fill out the form below (if you’ve signed into Rafflecopter before, it will remember you!)
2.) Giveaway is for 1 advanced copy of THE DOLL by Taylor Stevens
3.) Giveaway is open to US residents
4.) You must enter on or before 7/8/13
5.) Please see my Giveaway Policy.