Amy Tintera is the author of the brand new YA SF, REBOOT, which just came out on the 7th, and she was kind enough to stop by and talk about the book and more! Please welcome Amy to the blog! 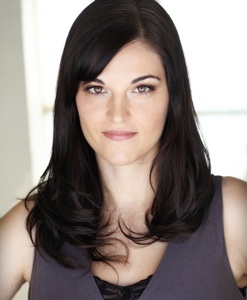 Your bio says you have a background in film, but that your first love is writing! Will you tell us a bit more about yourself and what inspired you to write Reboot?
I do have a background in film! I got my masters degree at Emerson College in film with a focus in screenwriting. I moved to Los Angeles to work in the film industry after graduating, but I quickly realized I didn’t enjoy screenwriting nearly as much as I enjoyed writing novels. I just love watching movies!

I’d been writing novels since I was in middle school, so coming back wasn’t hard. I wrote a YA paranormal romance and a sequel, then after getting a lot of rejections decided to try something without angels or demons. I wanted to write characters that weren’t necessarily the “good guys,” and one day the idea for REBOOT just hit me!

What sort of research did you do for Reboot?
Most of the research I did for REBOOT was for the world building. And much of it didn’t end up on the page! But it was stuff I needed to know. I looked at what crops grew in Texas so I’d know what the characters would be eating. I researched what the land looked like in central Texas so I could describe the surroundings (I grew up in Austin, but having visual references in front of me is very helpful). And I did a TON of research into different viruses and the development of the brain during adolescence for the science behind Rebooting.

Who, or what, would you say has influenced you most in your writing?
I was influenced by my mom, who reads all the time and took me and my sister to the library constantly when we were kids. And I was influenced by some TV shows – Buffy, Battlestar Galactica, and The Walking Dead especially – because I love how television places an emphasis on character. I’ve definitely been influenced by some of the current crop of YA writers. People like Marie Lu, Veronica Rossi, and Gayle Forman (and many, many others) are putting out amazing work, and reading it always inspires me. 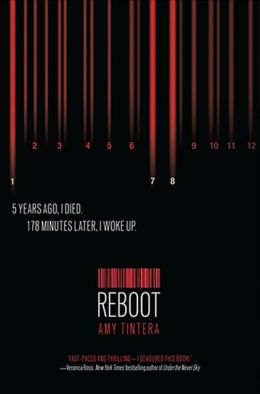 What did you enjoy most about writing Reboot?
I enjoyed writing the romance part of REBOOT the most. The book blends a high-action story line with a lot of romance, because that’s a combo I love to read. So writing these characters falling for each other while also fighting for lives was a lot of fun.

Are you a plotter of a pantser?
I’m a combo. I had a rough outline when I started writing the first draft of REBOOT, but I had no idea what would happen in the second half of the book. That’s pretty typical for me – I’m big on knowing what my midpoint will be, but I’m not sure what the characters will do after that. I figure it out as I go.

If you could experience one book again for the very first time, which one would it be?
IF I STAY by Gayle Forman. I avoided that book for a long time because I’m usually not big on tragic stories. But something made me pick it up and I was just totally swept away from the first page. There aren’t many books that made me feel the way that one did.

When you’re not busy at work on your next project, how do you like to spend your free time?
I love going to movies; my fiancé and I see a ton in theatres. I enjoy reading, of course. I mostly read YA and romance, but I just branched out with A GAME OF THRONES by George R. R. Martin and I loved it. And I’m a pretty active person. I walk my dog a few miles a day or go to yoga or the gym.

What’s next for you?
The REBOOT sequel! I’m working on edits for it now, and it should be out in 2014.

About REBOOT:
Five years ago, Wren Connolly was shot three times in the chest. After 178 minutes, she came back to life as a Reboot—stronger, faster, able to heal, but less emotional. The longer Reboots are dead, the less human they are when they return, making Wren 178 the deadliest Reboot in the Republic of Texas.

Callum 22, on the other hand, is practically still human. He’s the worst trainee Wren has ever had—his reflexes are too slow, he’s always asking pesky questions, and his ever-present smile is freaking her out. Yet he’s still her newbie. When Callum fails to measure up to Reboot standards, Wren is told to eliminate him. Wren has never disobeyed before, but she’ll do whatever it takes to save Callum’s life.