Interview (& Giveaway): Ariel Djanikian, author of The Office of Mercy

Ariel Djanikian’s first novel, The Office of Mercy, just came out in Feb., and she kindly agreed to answer a few of my questions about the new book, and more!

*Also, the lovely folks at Viking have offered a copy of The Office of Mercy to one lucky winner, so please check out the details at the bottom of the post! 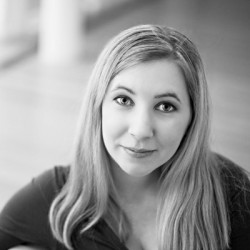 Ariel, will you tell us a bit about yourself and your background?
For many years my husband and I moved around a lot, chasing graduate degrees, jobs, and fellowships. We’ve lived in Michigan, Wisconsin, and Southern California. When we finally arrived in North Carolina, it was with the idea of staying for a while (Though after all of those moves, I could probably pack up the house in a matter of hours.)

I grew up in Philadelphia. I’m half-Armenian and I have a very close relationship with my Armenian grandmother, my “Yaya.” There were always lots of different languages being spoken in my family, since my dad, aunt, and cousin were born in Egypt. I’m sure that anyone with a semi-decent ear for languages would have learned them all, but unfortunately I learned none.

My dad is a poet, and a great reader and collector of books. His office was right above my bedroom, and occasionally I would fall asleep to the rapping of typewriter keys. My mom is a painter, and I think I take after her visual sensibilities when I write—if I can’t see what I’m writing about, I get really stuck.

Your brand new novel, The Office of Mercy, just came out! How did you celebrate when you found out the book would be published?
Dinner out with dumplings and hot sake. The best way to celebrate all things. I’d been working on the book for close to three years before sending it out, and for most of that time I wouldn’t show it to anyone. So, on a very simple level, it was beyond exciting to know I’d get to share the novel with more people.

Will you tell us a little about the book?
The Office of Mercy tells the story of Natasha Wiley. She’s twenty-four years old and part of the youngest generation of citizens who live in America-Five. She has a prestigious position in the Office of Mercy, where it’s her job to track and murder in “sweeps” the people who live outside their underground settlement. The book opens with the sweep of the Crane tribe: one of the largest sweeps in the settlement’s history. Natasha feels uneasy about this massive loss of life, and soon begins to doubt that killing can ever truly be merciful—an idea she has always believed in. 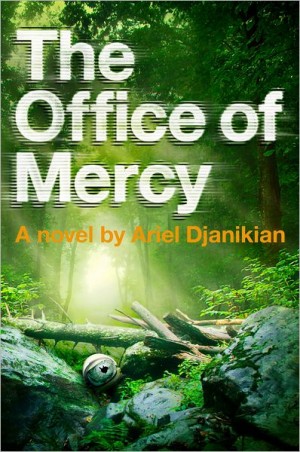 The Office of Mercy takes place in a post-apocalyptic future. Why do you think dystopian and post-apocalyptic fiction has become so popular in the last couple of years?
Well, I think there’s a thread of post-apocalyptic writing that’s deeply embedded in American culture. We have a long tradition of fire and brimstone sermons, and a healthy fascination with the Book of Revelation—to go back just a ways! But dystopian fiction does seem to have experienced a resurgence. My guess is any widespread feeling of unsettledness might encourage people to peer into the future.

Technology changes fast. Political climates change fast. Picking up a situation and setting it in a future world is a way of finding the universals in a noisy, cluttered, information-loaded, detail-filled present. There’s also been a resurgence of historical fiction. Maybe for a lot of the same reasons.

What are some of your favorite post-apocalyptic novels (or films)?
I have so many favorites, but I’ll give the top five: Brave New World, 1984, Oryx and Crake, Never Let Me Go, and Do Androids Dream of Electric Sheep?.

What are a few of your biggest literary influences?
All the novels I just mentioned for starters. But probably the books I read and underlined and dog-eared in my late teens and early twenties rooted deep in my mind. As I Lay Dying. The Unbearable Lightness of Being. Beloved. Waiting for the Barbarians. One wonderful book I haven’t gone back to in a while is The Magic Mountain. (For weeks while I read I had the feeling of being just-slightly-under-the-weather.) I also count some non-fiction books as great influences: essays by Annie Dillard and Feynman’s lectures, to name a couple.

If you could experience one book again for the very first time, which one would it be?
I read Sense and Sensibility about once a year, so that would probably be at the top of my list. Having said that, the very best books never really wear out with rereading.

When you manage to find some free time, how do you like to spend it?
I like the way you worded that! Right now, between writing and taking care of my daughter, free time is hard to come by. But those are the things I love to do most, so I’m not complaining! Traveling is a huge pastime. Also: TLC and HGTV have a way of luring me into their very watchable fictions of American life.

What’s next for you?
I’m working on a prequel to The Office of Mercy. It takes place in the years leading up to the Storm when the Alphas were young and rebellious, not unlike Natasha.
Keep up with Ariel: Website | Twitter

***GIVEAWAY DETAILS***
1. You MUST fill out the form below (if you’ve signed into Rafflecopter before, it will remember you!)
2. Giveaway is for 1 copy of THE OFFICE OF MERCY by Ariel Djanikian to 1 winner.
3. Giveaway is open to US addresses only
4. You must enter on or before 3/12/13
5. Giveaway book courtesy of Viking
6. Please see my Giveaway Policy. 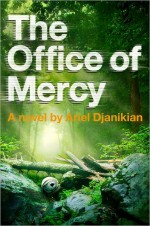 About THE OFFICE OF MERCY:
Weaving philosophy and science together into a riveting, dystopian story of love and adventure, The Office of Mercy illuminates an all-too-real future imagined by a phenomenal new voice in fiction.

Twenty-four-year-old Natasha Wiley lives in America-Five—a high-tech, underground, utopian settlement where hunger and money do not exist, everyone has a job, and all basic needs are met. But when her mentor and colleague, Jeffrey, selects her to join a special team to venture Outside for the first time, Natasha’s allegiances to home, society, and above all to Jeffrey are tested. She is forced to make a choice that may put the people she loves most in grave danger and change the world as she knows it.