Rex Kusler is the author of the Las Vegas Mystery series and his new thriller, Family, just came out this month! Rex was kind enough to answer a few of my questions, so please welcome him to the blog! 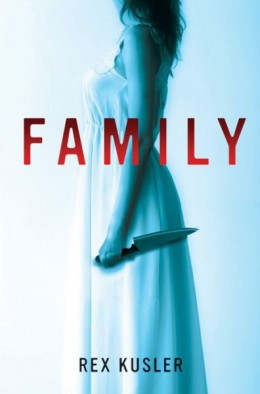 Rex, you’re the author of four novels, and your fifth book, Family, just came out! Will you tell us a bit about the book and what inspired you to write it?
Family is a suspense novel about a young man and his girlfriend who are jobless and nearly broke. They travel to rural South Dakota, where they must live with his estranged aunt, two reckless cousins, and too many family skeletons in the closet.

The original version of Family was the second novel I completed after I started writing in the 1980s. There was a lot of initial interest for it from editors and agents (back then editors at the NY publishers accepted queries). It was the book that quickly got me a contract with my first agent, although it was never published. Eventually I threw it out along with my other three novels that had found literary representation but not publication. Over the decades I had forgotten nearly all of the plot other than the basic premise and decided to rewrite it in 2012, expanding the book with drastic changes and more, bizarre characters.

I read that your background is in mechanical design. Did you always picture yourself as a writer? What made you take the plunge and write your first novel?
I had no interest in writing until 1982 when I started a beer club that I wrote a newsletter for. There was a lot of interest in that newsletter and it got my creativity flowing. So, after the beer club folded, I decided to start writing short stories. They were all pretty bad in the beginning, but I used the criticism to improve and over time many of them were accepted at little magazines and a few at some larger regional magazines. I sent a lot of mysteries to Alfred Hitchcock Mystery Magazine and always got the same printed rejection slip in return. The last one I got from them had the words “keep trying” scrawled at the bottom of it. I never sent them another one. I realized, other than a handful of national magazines, there was no market for short fiction. It was then that I graduated to the novel. The first one was an aimless, comedic road novel. It wasn’t structured very well—sort of like a bunch of short stories stuck together. 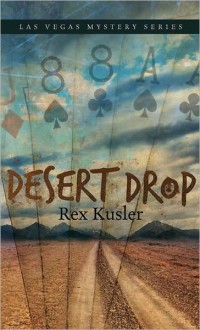 Why mystery/suspense?
After my first unsuccessful novel I did a lot of research and read that it was easiest for new authors to break into publishing with category fiction. I had always enjoyed mystery and suspense in the style of Hitchcock. Mary Higgins Clark was selling very well at the time so I read a couple of her books and tried to emulate her with my second attempt, Family. While my first agent was trying to sell that book, I read that private eye novels were popular. My third try was one of those. I thought that novel was stronger than the suspense novel, so I sent that to him. He didn’t seem interested in it, and after a few months he still hadn’t read it—so I moved on to my second agent.

This agency specialized in private eye novels, and the woman running it liked what I sent her, so she started sending it around. In fact, she began sending all three of my novels out to anyone who would look at them.

After about a year of this, I began to wonder if she had the necessary talent to represent my work—since she had taken over the agency after her husband’s passing—and hadn’t been working as an agent for very long. So, I moved on to my third agent. He spent the next four years sending my private eye novel around (by then I had finished the sequel to it). And though it was a near miss at Berkley Books (PI novels were in a downtrend), he finally gave up on it—several years after I had given up writing.

For the next thirteen years I told myself I could always write another novel, if I came up with something unusual. And in 2003 I finally did. I wrote Angela. It’s a mysterious, dramatic, coming-of-age, ghost story. Nobody was interested—it didn’t fit into a category. I realized I had made the same mistake as my first novel. I vowed to write another mystery if I could muster the enthusiasm.

It took another six years for that to happen. In 2009 I came up with another idea for a novel, based on the sale of my travel trailer for cash. The first chapter in Punctured actually happened—except I didn’t get murdered or even robbed.
I think thrillers sell better than murder mysteries which is why I decided to rewrite Family and send it to my editor. I’m curious to see if it will outsell my Las Vegas mystery series.

What are some of your biggest literary influences?
Hunter S. Thompson, Stephen King, John Grisham, Gregory McDonald. The latter author’s book Fletch contains almost all dialogue and I was impressed with that so much that it has influenced my writing style. But non-fiction provides me with the most material for producing fiction.

If you could experience one book again for the very first time, which one would you choose?
The Mosquito Coast by Paul Theroux. That book is filled with adventure and extraordinary characters. It seemed like non-fiction.

What do you like to see in a good book?
A tight, fast moving plot. I like a good plot with humor and suspense and unusual characters. But mainly what keeps me reading is the curiosity about what will unfold in later chapters. For me the story is paramount. Striking metaphors don’t make me gasp with delight. I don’t enjoy the challenge of wondering what an author was trying to say. 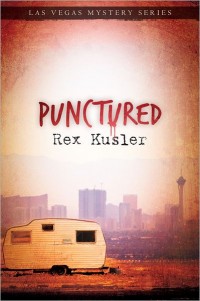 Is there anything that will make you put a book aside in frustration?
I will give up if the plot seems implausible or boring or too literary. I need to be able to relate to the characters and wonder what will happen next.

How do you like to spend your free time, when you’re not writing?
I’ve been a runner and lifted weights since I was a kid. But I also drink a lot of beer. I like hiking and fishing. I have an old boat that still runs. I’ve always been interested in gambling and still play blackjack and craps occasionally. And I spend too much time in front of the TV.

What’s next for you?
The editing is underway for a prequel to Punctured. The title will be Snow Adrift and it will provide a deeper understanding of the inner workings of the protagonist Jim Snow. He’s in rare form in this book as he tries to solve the murder of one of his poker buddies while being investigated by a former partner from Homicide. That Las Vegas mystery will be published as a Kindle Serial which is a new program from Amazon with segments delivered every two weeks.

I’ve also completed the sequel to Desert Drop, but that probably won’t be released until early 2014.
I haven’t started thinking about anything new. I’m taking a hiatus from writing. There is always the chance I may never start another novel. It’s not something I need to do. Hopefully something will strike me eventually—other than a stray die at a crap table.
Keep up with Rex: Website | Twitter

Every family has its skeletons in the closet, but Shane Hall’s relatives? They’ve got a cemetery’s worth. Yet when he loses his job and gets evicted, Shane’s only option is to rely on his estranged aunt and cousins for help. He returns to his hometown in rural South Dakota, and despite having been out of touch for over a decade, is welcomed back with booze-soaked hospitality. After settling in, Shane’s cousin approaches him with an offer that’s almost too good to be true: if he comes on board as assistant manager at the family’s salvage yard, he’ll get not only a sky-high salary but also the down payment on a home. It seems like Shane and his girlfriend Katie will be able to put the hard times behind them and start fresh—at least, until some pesky skeletons rise up from the past, leaving Shane uncertain where to turn or who to trust.