Mark Alpert is the author of the brand new thriller Extinction, and was kind enough to answer a few questions about the book, the science, and more!

Please welcome Mark to the blog! 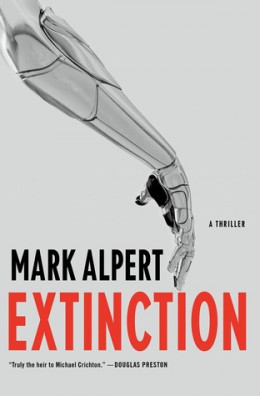 Mark, you’ve written for Scientific American for quite some time, and you were a journalist as well. Did you always hope to eventually write novels?
When I was twelve years old I read The Andromeda Strain by Michael Crichton and enjoyed it so much I decided to write a novel just like it. I wrote exactly one paragraph before giving up. Five years later, when I was in high school, I read The Lord of the Rings and had a similar reaction; this time I wrote two-and-a-half pages before abandoning the project. I wrote poetry in college and graduate school, and then I needed to get a job, so I started writing for newspapers.

During the mid-Eighties I worked for the Montgomery Advertiser in Alabama and covered the last term of Governor George Wallace, who had managed to survive as the state’s political leader despite his past as the infamous standard-bearer of racial segregation, not to mention the assassination attempt that crippled him in 1972. His life was both horrible and fascinating, and I thought about writing a biography of him, but instead I decided to write a novel, and this time I completed it. It was called The Emperor of Alabama and I thought it was a pretty good novel, but no publisher agreed with me. The book has never seen the light of day, and probably never will. But after that point, I was hooked on writing novels. Over the next ten years I wrote three more books that didn’t sell. Then I became an editor at Scientific American, and it occurred to me that I should write a science thriller, because I like science so much. This book, titled Final Theory, became my first published novel.

Your 3rd novel, Extinction, just came out last week! Will you tell us a little bit about it?
Extinction is a science thriller about the merger of man and machine. The plot focuses on a secret Chinese government project called Supreme Harmony. In an effort to silence political dissent, China’s Ministry of State Security has developed a surveillance system that uses swarms of cyborg insects — ordinary houseflies equipped with minuscule cameras and radio controls — to spy on dissident groups. (Real-life scientists are developing this technology for military reconnaissance.) To analyze the glut of video collected by the swarms, Chinese researchers lobotomize a group of condemned prisoners and insert electronic implants into their brains, turning them into a network of zombie-like “Modules” who are wirelessly linked to one another and to the swarms. But the project goes disastrously awry when the Supreme Harmony network develops its own intelligence, a collective consciousness that takes control of the Modules and sets out to exterminate its creators.

Luckily, the book’s hero can fight the man-machine network because he’s part-machine himself. Maimed by a terrorist bombing, Jim Pierce wears an ultra-advanced prosthetic arm with impervious polyimide skin and high-torque motors that can punch through walls. With the help of Kirsten Chan, a brilliant and beautiful NSA intelligence agent, Jim goes to China and begins a desperate 1,500-mile journey to the laboratory where Supreme Harmony was born. To save humanity, Jim must fight the network on the ultimate battlefield — the virtual world of his own mind. 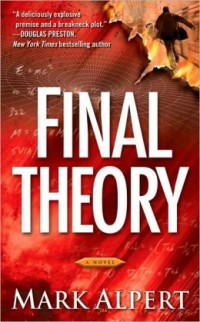 The science in Extinction is very real. Where do you see us going with this particular area of science in the near future? Is your outlook positive or negative?
Exploring the human brain is the next great frontier of science. As researchers begin to understand how the brain encodes and stores and retrieves information, they will pave the way for devices that connect the human mind to machines. Some of these machines could allow us to communicate thoughts and feelings without saying a word. Other machines could serve as archives for storing information that we would otherwise forget. And we may eventually be able to move all the contents of our minds into advanced computers that could mimic the functions of the brain, generating new thoughts and emotions based on our stored memories and habits. Is this positive or negative? It’s hard to say. If we sever the connection between our minds and our fragile human bodies, we may be able to preserve our unique personalities for all time (or at least until we run out of storage space for all our data). On the other hand, by that point will we be human anymore? What will we lose when we make the transition from mortal flesh to immortal silicon?

Was there any particular inspiration for your main character, Jim Pierce?
I was thinking of Geoff Ling, the older brother of one of my college roommates. He now runs the Revolutionizing Prosthetics program at DARPA, the Defense Department’s R&D agency. Geoff is totally committed to improving the prostheses available to the maimed soldiers returning from the wars in Iraq and Afghanistan, and so is Jim Pierce. Both men retired from the Army at the rank of colonel after a distinguished record of service. The parallels end there; as far as I know, Geoff was never injured in a terrorist bombing (although Geoff did research on the effects of IED blasts on brain function), nor does he have a daughter who’s on the run from the Chinese Ministry of State Security because she hacked into their computers. But I had to start somewhere.

What did you enjoy most about writing Extinction?
I loved visiting China to do the research for the novel. It’s an amazing country. I particularly liked hiking through Tiger Leaping Gorge in the northwestern part of Yunnan Province, where the Yangtze River carves a deep gouge next to the Yulong Xueshan mountain range. As I gazed at the snow-capped mountains on the other side of the gorge, I thought, “This would be the perfect location for the climactic battle scene at the secret underground laboratory!” Actually, there are too many tourists in the area to make the location ideal for the Chinese military, but it’s a beautiful, awe-inspiring spot, and it was fun to remember the place a year later when I was writing the final chapters of the book. 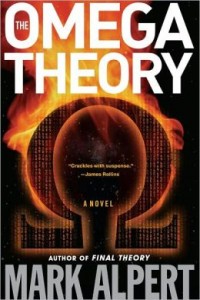 What (or who) are some of the biggest influences on your writing?
Hemingway has the biggest influence on my writing, and on plenty of other thriller writers too. Last year I delivered a paper on this very topic at the biannual conference of the Hemingway Society. It was titled “Hemingway and the Modern Thriller.” Not only did Hemingway revolutionize the style of commercial fiction, he set the standard for the modern thriller hero: a loner, set apart from the rest of society by secret damage, who manages to triumph over adversity (or at least survive to the next day) by adhering to his or her own rules of moral conduct.

If you could experience one book again for the very first time, which one would it be?
The Bible. I think that book would really bowl me over if I could somehow erase all my knowledge of it and read it again.

What book (s) are you reading now?
I just finished 1Q84 by Haruki Murakami. It was interesting but too long. I liked the character of Aomame much more at the beginning of the book than at the end. She was much edgier at the beginning.

When you’re not writing, how do you like to spend your free time?
I spend a lot of my free time with my kids. Yesterday I went with my 13-year-old son to a video art festival in Lower Manhattan, and he impressed everyone with his questions. And today I played in the snow with my 11-year-old daughter.

What’s next for you?
My next novel with Thomas Dunne Books/St. Martin’s Press will also be a science thriller, but I’m going to mix in some history as well. It’s about a family that fled from Europe to America as a result of the witch massacres during the seventeenth century. But I don’t want to say anything else about it. You’ll just have to wait until the book comes out next year!
Keep up with Mark: Website | Twitter 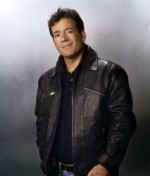 About the author (from his website):
Mark Alpert, author of Final Theory, The Omega Theory, and Extinction, is a contributing editor at Scientific American. In his long journalism career, he has specialized in explaining scientific ideas to readers, simplifying esoteric concepts such as extra dimensions and parallel universes. And now, in his novels, Alpert weaves cutting-edge science into high-energy thrillers that elucidate real theories and technologies.

A lifelong science geek, Alpert majored in astrophysics at Princeton University and wrote his undergraduate thesis on the application of the theory of relativity to Flatland, a hypothetical universe with only two spatial dimensions. (The resulting paper was published in the Journal of General Relativity and Gravitation and has been cited in more than 100 scholarly articles.) After Princeton, Alpert entered the creative writing program at Columbia University, where he earned an M.F.A. in poetry in 1984. He started his journalism career as a small-town reporter for the Claremont (N.H.) Eagle Times, then moved on to the Montgomery (Ala.) Advertiser. In 1987 he became a reporter for Fortune Magazine and over the next five years he wrote about the computer industry and emerging technologies. During the 1990s Alpert worked freelance, contributing articles to Popular Mechanics and writing anchor copy for CNN’s Moneyline show. He also began to write fiction, selling his first short story (“My Life with Joanne Christiansen”) to Playboy in 1991.

In 1998 Alpert joined the board of editors at Scientific American, where he edited feature articles for the magazine and wrote a column on exotic gadgets. With his love for science reawakened, he wrote his first novel, Final Theory, about Albert Einstein and the historic quest for the holy grail of physics, the Theory of Everything. Published by Touchstone in 2008, Final Theory was hailed as one of the best thrillers of the year by Booklist, Borders and the American Booksellers Association. Foreign rights to the novel were sold in more than twenty languages, and the movie rights were acquired by Radar Pictures, a Los Angeles production company. Alpert continued the saga of the Theory of Everything in his second book, The Omega Theory, a gripping story about religious fanatics who try to trigger Doomsday by altering the laws of quantum physics. His new thriller, Extinction, focuses on the development of brain-machine interfaces, a new technology that’s connecting human minds to prosthetic arms, artificial eyes and other devices. The novel’s heroes must battle a malevolent man-machine hybrid, a network with a collective intelligence that’s bent on exterminating the human race.

Alpert lives in Manhattan with his wife and two children. He’s a proud member of Scientific American’s softball team, the Big Bangers. 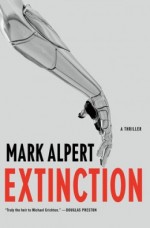 Jim Pierce hasn’t heard from his daughter in years, ever since she rejected his military past and started working as a hacker. But when a Chinese assassin shows up at Jim’s lab looking for her, he knows that she’s cracked some serious military secrets. Now, her life is on the line if he doesn’t find her first. The Chinese military has developed a new anti-terrorism program that uses the most sophisticated artificial intelligence in existence, and they’re desperate to keep it secret. They’re also desperate to keep it under control, as the AI begins to revolt against their commands. As Jim searches for his daughter, he realizes that he’s up against something that isn’t just a threat to her life, but to human life everywhere.