Firebrand, the first novel in the Rebel Angels series by Gillian Philip is finally available in the US today! Gillian chatted with me about Firebrand, fantasy, what inspires her, and Scotland!

We also have a copy of the book up for grabs, courtesy of Tor, so be sure to check out the details at the bottom of the post- 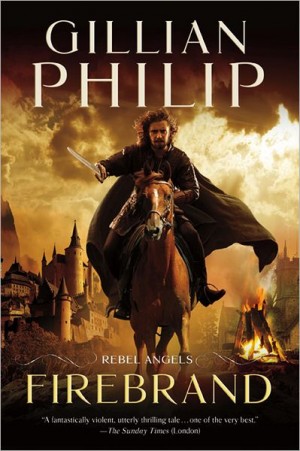 Gillian, will you tell us a bit about yourself and your background? Have you always wanted to be a writer?
Ever since I can remember! I was writing stories almost as soon as I could hold a pen – usually about cats or horses. Actually, I think they were all about cats and horses. When I was a bit older, I was one of those kids who Should Get Out More – my idea of fun was to sit in my room with a shiny new notepad and write till it was full. I started by stealing other people’s characters – Captain Scarlet, Champion the Wonder Horse, Ilya Kuryakin from The Man From UNCLE – early fanfic, I suppose. I do remember writing a whole Silver Brumby musical, set to Simon and Garfunkel tunes. (I know.) And gradually I invented my own people and my own stories.

I didn’t think I could be a professional writer, though – I thought all real writers created intricate plots in their heads, and then wrote them as soon as they got up in the morning. If I’d known earlier how many writers fly by the seat of their pants, I’d have tried much earlier to make an effort at getting published. There was a point when I thought ‘It’s now or never’, so I decided to do what I did in my head every day – tell myself a story and see where it went. And that’s when I discovered it was possible to write a whole book that way.

My dad, an Episcopalian priest, really encouraged me to write – he loved books and passed that on to me, and he introduced me to some of my favourites. I was born in Glasgow; then we moved to a small steel town called Wishaw, and then to Aberdeen, much further north. I married my husband in 1989 and we moved to Barbados, then came back to the Highlands after 12 years, when we had twins (a boy and a girl) – I wanted to bring them up in Scotland. We now live with a lot of animals near the original Dallas (it’s tiny! – not so much as a shop, let alone a skyscraper).

What inspired you to write Firebrand, the first of your Rebel Angel series?
I always wanted to write something set in the Scottish landscape, and I always loved fantasy, so it was kind of a natural instinct, a thing I had to do. In fact I wrote Bloodstone first – it’s now the second book in the series – by throwing a boy and a girl into a certain loch I knew, and watching them disappear. (Only in my head, I hasten to add.) The book that resulted just wasn’t quite right, and I realised that was because a minor villain had taken over the entire story. Clearly it should have belonged to him in the first place – and that’s how I went back four centuries and got Seth to tell me his own history. After that everything made more sense, and I rewrote Bloodstone (and the whole series) from a completely different perspective, and with a whole different focus. 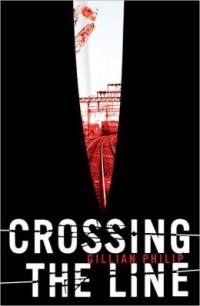 What kind of research did you do for the novel?
I was already interested in Celtic myth and legend, but I immersed myself in the stories before I started Firebrand. I knew I wanted to update the myths and use them in my own way, but I felt it was important to know the origins and the old traditions – in fact that’s how I found my series title: there was a belief in some parts of the Highlands that the faeries were the rebel angels who had fallen to earth. The myth varies from place to place, but in my favourite version, the angels who fell on land became the faeries, the selkies or seal-people were the ones who fell in the sea, and the ones who got caught in the sky became the Northern Lights. (Scottish faeries are the Sith in Gaelic, but for Star-Wars reasons I felt I couldn’t use that name, so I blended it with Sidhe.)

The historical research was even more fun, in a dark way. I knew Seth would have grown up around the time of the Reformation and the Scottish witch-hunts (which were far more brutal than the English ones), so I went back to a lot of original sources, including the Daemonologie of King James VI & I. There was so much trouble to throw at my characters, which is not so nice for them but great for an author. I even found a price list for services from a witch-executioner. It’s chilling.

Otherwise, I walked all over the place thinking up scenes. I did lots and LOTS of walking.

Three novels and a novella are available in the UK in the Rebel Angel series. Is there any word on when the rest of the series will be available in the US?
I think Bloodstone will be coming out in October or thereabouts, with the other titles coming at roughly six-month intervals after that. There’s a fourth book coming out in the UK, too, in 2014 – the working title is Icefall, but that may change.

What do you love most about writing fantasy?
I love the way you can create a new world – with your own rules and landscapes – but address the one you live in. My husband is not a big fan of fantasy because he thinks it’s ‘all made up’, so I argue with him about this all the time! I take contemporary political scenarios and personalities and adjust them to my own world in the same way I use real human quirks and character traits and issues. I’d love to do something with the Libyan revolution, so that’s cooking away in my head. Right now I’m trying to persuade the H to read A Song of Ice and Fire because he’s interested in the Wars of the Roses. But I fear he can’t quite get past the dragons. It’s an ongoing mission of mine… 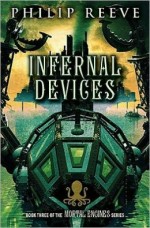 What are some of your biggest literary influences?
I suppose the ones I read when I was young have had an inevitable influence – my copies of The Hobbit and The Weirdstone of Brisingamen fell apart, and because I was mad about pony books, horses always find their way into my stories somewhere. Nowadays, because I like writing in various genres, I try to read a wide variety too, but of course nobody wants to be influenced so much that you’re just imitating another author. With that proviso, though, I’d say I really admire the characterisation in Bernard Cornwell’s historical novels and in Cornelia Funke’s fantasies. I love Mary Renault and her portrayals of soldiers and war and of powerful men and women (and their hangups and neuroses). In fantasy my favourites are Robin Hobb and George RR Martin and Philip Reeve. And in contemporary and crime fiction I really admire Malorie Blackman, Keith Gray, Meg Rosoff, Ruth Rendell, Nicci French…

If you could experience one book again for the very first time, which one would it be?
That’s a real toughie! The trouble in answering it is that every book had its own time in your life, its own context… so while I always loved Alan Garner’s Alderley books, for instance, they are so bound up in my childhood that I don’t think they’d feel as magical now, if I was reading them for the first time. If I had to choose, I’d say the Mapp & Lucia books, by EF Benson. They are my comfort books, ones I return to again and again and always enjoy just as much as the first time. So I know I’d be first-time enchanted by them again. 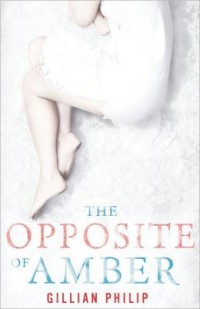 When you manage to find some free time, how do you like to spend it?
At the movies with my kids, watching something epic and full of action but with lots of genuine character and emotion too. There’s a small traditional cinema in our nearest town, and I love it much more than the Inverness multiplex (despite the sticky floor). Either that, or chilling out with my kids at home, doing a box set marathon and drinking wine (me), Coke (the kids) and eating popcorn (all of us). I’ve just introduced my son to Buffy the Vampire Slayer and he’s as smitten with it as I am.

If someone were to visit you in Scotland for the first time, where would you take them?
If they wanted a city, I’d take them to Edinburgh. That feels a bit disloyal, being a Glaswegian myself, but Edinburgh is just so stunningly beautiful, with unexpected gorgeous vistas every time you turn your head. If my guest wanted something wilder, I’d take them on the CalMac ferry to Colonsay, the most beautiful island in the world. I’d take them for a barbecue on the beach at Kiloran Bay, and to the cliffs and the ancient dun sites where a lot of the scenes in the Rebel Angels series take place. It’s a magical place. You almost feel you could rip the Veil and step right through.

What’s next for you this year and beyond?
I’m writing an installment of the animal fantasy Survivors as Erin Hunter – which I love doing – and touring the States in May to promote the series. I’m really looking forward to that, as I toured last September and loved every minute. I’m also writing another children’s series called Rookery Island, under a ghost name. I want to do some rewriting on Bloodstone, and then the final draft of Icefall. I’m also keen to get going on a contemporary YA novel that has been simmering away for a few months now – provisionally titled Spitting Distance. After that, there’s another non-Rebel Angels fantasy rattling around in my head demanding to be written…

And then at some point I’d better find some time to clean the house.
Keep up with Gillian: Website | Twitter

***GIVEAWAY DETAILS***
1. You MUST fill out the form below (if you’ve signed into Rafflecopter before, it will remember you!)
2. Giveaway is for 1 copy of FIREBRAND by Gillian Philip to 1 winner.
3. Giveaway is open to US addresses only
4. You must enter on or before 2/25/13
5. Giveaway book courtesy of Tor
6. Please see my Giveaway Policy.


About FIREBRAND:
It is the last decade of the sixteenth century: a time of religious wars in the mortal world. But the Sithe are at peace, hidden behind the Veil that protects their world until their queen, Kate NicNiven, determines to destroy it.

Seth MacGregor is the half-feral son of a Sithe nobleman. When his father is assassinated and Seth is exiled with his brother Conal to the full-mortal world, they vow not only to survive, but to return to reclaim their fortress and save the Veil.

But even the Veil’s power cannot protect the brothers when the brutal witch-hunts begin….

Brimming with intrigue and rebellion, Firebrand is the first book in the Rebel Angels series by Gillian Philip, the Carnegie Medal–nominated author of Crossing the Line and multi-award-nominated Bad Faith.