Horror The Wrath of Angels by John Connolly

The Wrath of Angels by John Connolly 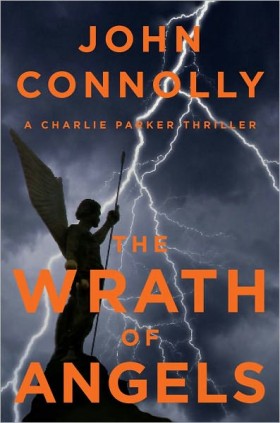 The Wrath of Angels by John Connolly (Atria, Jan. 1st, 2013) Harlan Vetters is dying, and he has a secret. A plane crashed long ago deep in the Great North Woods and when Harlan and his friend, Paul Scollay, discovered the plane, they also found a bag of money and evidence that the plane may have been carrying a prisoner. There’s no sign of a body or bodies, only the dark presence of a young girl who’s said to haunt the surrounding area. So, Harlan and Paul took the money, and kept the secret, until Harlan told the story to his son and daughter, right before his death. Now, Marielle Vetters and Ernie Scollay have approached Charlie Parker about the mysterious plane, and the secrets it may still be hiding. There’s a list of names that were found with the money, and it seems that each person on the list are being met with untimely ends. There are those that will do anything to get their hands on that list and when Charlie finds out that his is among the names, things start to get very dangerous, and very personal.

John Connolly is a master at creeping, atmospheric dread, and The Wrath of Angels is no exception. If you‘ve been keeping up with the series, you may remember a particularly nasty bad guy that went by the name of Brightwell. He should be dead, because Charlie killed him, but he’s back, in the form of a very creepy little boy. The boy’s “mother” Darina, is as evil as she is beautiful, and she’s also out to find the list. Charlie Parker is known as a man that can get things done, sometimes in less than legal ways, and is always on the side of the angels. However, there are those that would see Charlie undone, in mind and body, and his name on that list may mean that the Collector is also on his trail. Charlie and the Collector have had an uneasy truce for some time now, but there’s reason to believe the Collector is not as discerning as he once was and the word “mercy” is not in his vocabulary. Charlie calls on Louis and Angel for their help in finding the plane and help also comes from unexpected places, in the form of a deaf/mute young woman who is much more than she seems.

John Connolly writes with his always superb, poetic prose and its beauty is wonderful contrast to the subtle, and sometimes not so subtle, horrors he describes. Charlie is a quietly moral, flawed man, but his heroism lies in his intolerance of injustice, and his willingness to go the distance in order to fight it. Louis and Angel are capable, cranky, and wonderful as always, and be on the lookout for a charming scene involving them and Charlie’s young daughter, who is in awe of the duo. I usually say this with each new book in this series, and I’ll say it again: with each one, I expect they can’t get better, and they always are, they always do. Connolly’s superb fusion of noir and the supernatural is to be savored, and not to be missed.