James Smythe’s newest novel, The Explorer, just came out on the 2nd, and it’s a doozy (feel free to check out my review). Luckily, James was kind enough to answer a few of my questions about the book, and more! 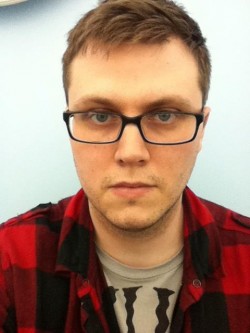 James, thanks for joining me! Will you tell us a little about yourself and your background?
Sure. I’m from London, write novels and video game scripts, and I teach Creative Writing at a university here.

Your brand new novel, The Explorer, just came out! Will you tell us a little about it? What inspired you to
write the novel?
So, The Explorer is the story of a journalist, Cormac, who is sent on the first manned mission to what is, in this novel, termed deep space; a mission to see how far they can go, in the spirit of classic exploration. On the first page of the novel you discover that his entire crew have died, and that he’s all alone, drifting, waiting to die, and then… Things happen. I was inspired because of space itself. I wanted to write a novel about loneliness (because I was coming off the back of having written a much bigger novel called The Testimony, which had 26 different narrators) and I wanted to write something quieter. Then Cormac happened, and putting him and his story in space just seemed to mesh perfectly.

The vastness of space seems like a very scary place, and is the perfect setting for a scifi thriller! What’s
something that you find particularly scary?
Easy. Dentists. Teeth. Phobia of people touching them. You’ve seen Marathon Man? I haven’t, because I am reliably informed that there’s a scene that will stop me sleeping. And… Well, as you know, that phobia has made its way into The Explorer itself.

I’m shuddering even thinking about it. 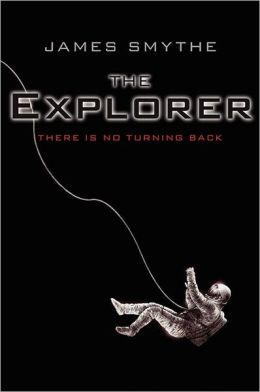 What do you love to see most when reading a good book?
That the author has enjoyed writing it. I think you can tell. Cynical books, books that don’t mean anything to the authors, they feel like it. I love it when you read a book and you can feel either the sheer joy that went into writing it, or the blood, sweat and tears. I want to feel that a writer wrenched a book out, somehow. I think that manifests: in strong narrative voices, in the power of tone, in the form, in great characters.

What are some of your biggest literary influences?
I’ll start with Stephen King – I’m doing a reread project for The Guardian at the moment, rereading his entire back catalogue in chronological order (http://www.guardian.co.uk/books/series/rereading-stephen-king) – but then it’s a huge list. Ray Bradbury, George Orwell, David Mitchell, Shirley Jackson, Iain Banks, Alfred Bester, Bret Easton Ellis, Margaret Atwood, Paul Auster… It goes on.

If you could read one book again for the very first time, which one would it be?
Can I cheat and have a comic? I’d have Neil Gaiman’s Sandman series. The first TPB of that (as I came to it slightly late) changed my mind of what comics were and had to be, and really just knocked me for six. I love that feeling, and it’s a rare one: being completely blindsided by a book. It happened with Cloud Atlas as well, so maybe that. And The Stand. And The Road. Hang on. You said I could only have one book?

What are you reading now?
I’m currently knee-deep in Lauren Beukes’ The Shining Girls, her follow up to Zoo City. It’s totally – and I don’t use this word lightly – incredible. It’s about a time travelling serial killer, and that should be all you need to know; but structurally, it’s a work of art. I can’t imagine the nightmare it was to write, especially given how easy it is to read, but I am both reading it as a reader and being blown away, and reading it as a writer and having my mind blown. It’s going to be huge.

What’s next for you this year and beyond?
Another novel later this year (April in the UK, not sure when everywhere else) called The Machine. It’s a very different beast to The Explorer: about a woman’s desperation to recreate a man she once knew as her husband. Still SF, but darker still than The Explorer, I’d say. And then, exactly a year from The Explorer being released, the sequel comes out…
Keep up with James: Website| Twitter | Facebook

About The Explorer:
When journalist Cormac Easton is selected to document the first manned mission into deep space, he dreams of securing his place in history as one of humanity’s great explorers.

But in space, nothing goes according to plan.

The crew wake from hypersleep to discover their captain dead in his allegedly fail-proof safety pod. They mourn, and Cormac sends a beautifully written eulogy back to Earth. The word from ground control is unequivocal: no matter what happens, the mission must continue.

But as the body count begins to rise, Cormac finds himself alone and spiraling toward his own inevitable death . . . unless he can do something to stop it.