I’m turning the blog over to Jessa Slade and Elle James today, and this one’s especially fun because as writers, they’re constantly making up their own, rich worlds, but have they ever had any paranormal experiences in real life? Also, be sure to enter the giveaways for a Prize Tote full of books and other goodies and leave a comment to enter to win a couple of ebooks as well! (this one ends on 1/14) 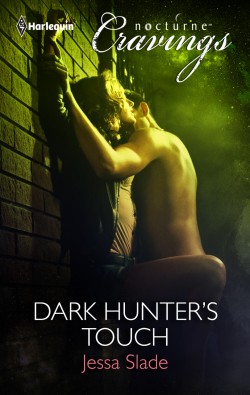 Welcome to MY World

All writers can be a little…odd. It’s one of the occupational hazards of making up stories every day! And it must be said that writers of the paranormal fully embrace the odd, the weird, the strange, the inexplicable, the wild, the out-there, the you-gotta-be-kidding, and the ever-powerful WHAT-IF… And writers of paranormal romance — like Elle James in THE WITCH’S SEDUCTION and Jessa Slade in A LITTLE NIGHT MUSE — take their embracing very, very seriously. Sometimes real life can get a bit bland by comparison, but every once in a while, the real world and our imaginary worlds seem to connect as intimately as our heroes and heroines.

Several years ago, my writing group spent the weekend in Hot Springs Arkansas with the Central Arkansas Society for Paranormal Research (CASPR) at the Velda Rose Hotel which has a reputation for being haunted. We toured the rooms and hallways that were supposed to be haunted. Frankly, I didn’t get anything out of that. No vibes, no orbs, no spirits tapping on my subconscious. Later we visited a local cemetery in the dark. I experienced something weird there.

My sister and I stepped into a family plot where stone after stone was lined up in a neat little row. When I glanced at the first headstone I swear I read the word Ghost. I went down the line and read the rest of the headstones each with the last name Johnson. I noticed my sister doing a double-take on the first headstone. Her brows wrinkled and she blinked. As we left the Johnson family plot, I looked again at that first head stone. This time the stone read Johnson. My sister asked me if I’d read the word Ghost. She’d seen it on the first headstone on her first glance as well. Maybe our writer brains were tuned in and looking for something odd, or maybe someone was trying to tell us something. But for both of us to see the word ghost and later Johnson Not much of a paranormal happening, but it did make our ghost hunting night more interesting!

Sometimes when people ask me about my paranormal experiences, I am sooooo tempted to lie! Lying is another occupational hazards of being a writer. My XY is always correcting me: “That’s not how it happened.” And I’m, like, “That’s how it happened in MY world!” If he had a smart phone to video our days, I’d be in big trouble.

Sadly (or maybe not?) all of my paranormal encounters have been very small: the ground squirrel staked out in a crucifix in the middle of the woods (totally creeped me out); the strange pattern of lights in the sky (that, according to the internet, were from some experimental NOAA thingie; yeah, like THAT’s not suspicious); the ghost of one of my Breyer horses that ran down the hallway late one night.

The one paranormal-ish experience I keep going back to is my tarot readings. My grandmother gave me a deck based on Greek mythology which were some of my favorite stories as a kid, and whenever I need some insight into active energies in my life, I check the cards. But to be honest, I never dig too deep. Unlike Mulder from The X-Files, I’m not sure I want to believe! What if it’s more than I want to know?

**Have you ever had a paranormal experience? Would you even WANT to? Share in comments for a chance to win a download of HAUNTED by Elle James and the first ebook in Jessa Slade’s Steel Born series, DARK HUNTER’S TOUCH.

About the Authors:
Elle James aka Myla Jackson spent twenty years livin’ and lovin’ in South Texas, ranching horses, cattle, goats, ostriches and emus. A former IT professional, Elle is proud to be writing full-time, penning intrigues and paranormal adventures that keep her readers on the edge of their seats. She has 31 works with Harlequin, self published works under pen name Elle James, over 40 works with other publishers including Samhain, Elloras’ Cave, Kensington and Avon and 18 works self-published under pen name Myla Jackson. Now living in northwest Arkansas, she isn’t wrangling cattle, she’s wrangling her muses, a malti-poo and yorkie. When she’s not at her computer, she’s traveling, out snow-skiing, boating, or riding her ATV, dreaming up new stories.

Deme Chattox is eager to return home and start her new job on the Chicago PD’s paranormal task force. As a witch, she’s got special insight into the city’s supernatural underworld. And as an added bonus, her partner is also her lover, Cal Black.

Deme can’t wait to pick up where their off-the-charts chemistry left off, but she senses a change in Cal. Though the sex is hotter than ever, she doesn’t need mystical powers to know there’s something he’s not telling her. Something that threatens their budding relationship, and their latest case…

Jessa Slade writes paranormal romance, urban fantasy romance, and science fiction romance. Basically, anything with woo-woo and woo-hoo! She lives in the Pacific Northwest where the rain rain rain rain keeps her at her computer all day and all night. Jessa can be found online in all the usual haunts: Website, Newsletter, Facebook, Twitter, Pinterest, Goodreads 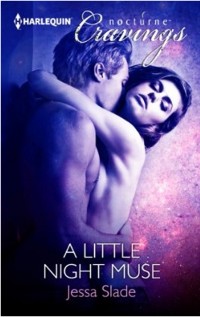 Convicted of treason, Adelyn has been banished to the sunlit realm of humans—a fate worse than death for a musetta who exists only to inspire other phae. To reverse her exile, she must find a pair of lovers who have fled the court and return them to face the Queen’s wrath. But once in the mortal realm, she meets a man who unveils her hidden desires…

When Josh Reimer discovers an ethereal beauty at a cabin near his ranch, he decides the neighborly thing to do is take her in. Adelyn inspires a passion unlike anything he’s ever known and he vows not to lose the magic they’ve found together—even if that means she must choose between her home and their love.