Fantasy The Man From Primrose Lane by James Renner

The Man From Primrose Lane by James Renner 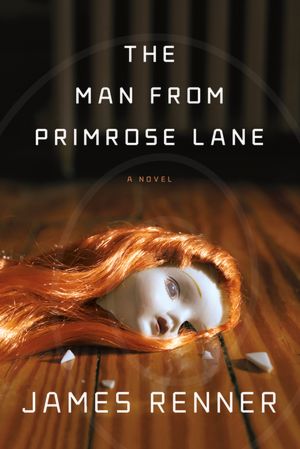 The Man from Primrose Lane. Man With a Thousand Mittens. No matter what you call him, he’s dead. In fact, he’s sitting in his living room in a pool of blood, one gunshot to the chest and missing all of his fingers. Those are in the blender, by the way, only so much mush now. When a young patrolman Tom Sackett responds to a call from the man’s delivery boy, he immediately senses something is wrong. He never could have imagined the horror waiting for him inside of that house, or the confusing mess the case would eventually become. For years, the Man From Primrose Lane has been a mystery to his neighbors. Seldom venturing outside of his house, he did who-knows-what within the walls of his home and kept very much to himself. If his life was a mystery, his death was even more so.

David Neff is in self-imposed exile in his home and taking care of his four year old son Tanner. Tanner has never known his mother, Elizabeth, since she supposedly took her own life the day after he was born. Her death nearly destroyed David. It also seemed to have destroyed his writing career. Luckily, the proceeds from his wildly successful true crime novel has kept his little family afloat, and then some. No, money won’t be a worry anytime soon, but his editor is ready for him to write again, and the death of the Man From Primrose Lane is the story he presents to David. The familiar tingle of a story in waiting hits David when he hears about the death, but the medication he’s been prescribed for PTSD has completely wiped out any creative instincts that he used to have. The PTSD is a nice little reminder of his search for a child killer that resulted in the true crime novel, The Serial Killer’s Protégé,and the medication has, quite frankly, kept him from taking his own life. His fierce love for his son has kept him sane, and he starts to think that maybe this is what he needs, something to get him out of his funk and write again. But the meds will have to go. Shaking the meds is a dubious proposition, one that actually might kill him, but he’s determined to go through with it.

Eventually David seeks the help of the police officer that found the old man’s body in the beginning, Tom Sackett, who’s also being assisted by the FBI. Sackett thinks David is hiding something, and the feeling is mutual, but David needs him. As David begins digging into the Man from Primrose Lane’s life, he soon finds out that his life, and his wife’s, were intertwined with the dead man’s in shocking ways.

The Man From Primrose Lane is the first fiction novel by James Renner, and it’s a doozy. The book, while following the investigation into the old man’s death, also details David’s courting of his unusual and troubled wife, the court case that nearly destroyed him, and his all-encompassing obsession with finding the thieves of children: those that take their lives and destroy everyone around them.

Equal parts Stephen King, Dean Koontz’s Lightning, and dystopian scifi, The Man From Primrose Lane is never what you think it will be, and is one of the most haunting books that I’ve read in a long time. It demands your unwavering attention. Trust me, you’ll want to wrap a cozy blanket around you and tune out all outside distraction while reading this one, because the narrative is not linear and as the threads from the story lines unravel, you may find yourself wondering how all of it could possibly connect, but they do, in spectacular, shocking, and devastating ways. There may be times when you think things are “getting really weird”, and they do, but I promise, the author makes sense of it all in the end and the payoff is well worth the effort.

Moments of horror and dread highlight moments of almost aching tenderness, and as dark as this book gets, underneath it all it is ultimately a story of love, the boundless ability of the human heart to care for others and the desire to see justice done for those that are so, so vulnerable. The Man From Primrose Lane is a genre defying, horrifying, and rewarding read that will surprise you at nearly every turn. James Renner’s imagination is a vast, strange, wonderful, terrifying thing and we’re very lucky he’s willing to share it with us.

If you’re in the mood for a breezy mystery, or a straightforward thriller, this is NOT that book. It’s not a light read, and you really must pay attention. I love a light read as much as the next person, but this doesn’t fall into that category, so proceed accordingly, but most definitely DO proceed when the mood for something a little more “meaty” strikes you.

This is one of the best books of 2012, and if you haven’t discovered this gem yet (and you like a bit of a challenge-I mean that in the very, very best way), you’re going to want to remedy that.