I’m very excited to have Sharon Lynn Fisher on the blog today! Sharon is the author of the sci-fi romanceGhost Planet (just out on the 30th), and she was kind enough to answer a few of my questions. 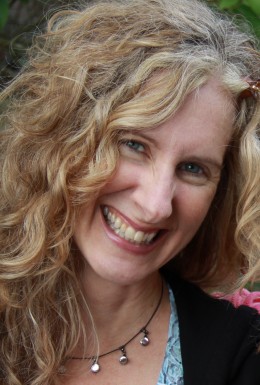 Please welcome Sharon to the blog!

Sharon, your new book, Ghost Planet, just came out! Will you tell us a little bit about it?
Thanks so much for having me!

GHOST PLANET is the story of a woman who travels to an Earth-like planet to work as a psychologist. Her first day there she discovers she died in a transport accident, has been reincarnated as an alien, and is symbiotically bound to the sexy Irishman who was to be her supervisor.

One of my favorite descriptions of the novel came from Publisher’s Weekly: “an absorbing and exciting story full of science, sex, and intriguing plot twists.”

Have you always wanted to be a writer? Will you tell us about your journey?
Yes, since I was a very young child. It’s something I’ve always believed was meant to be. I think that really helped me keep at it despite all the seemingly insurmountable challenges hopeful authors face.

I’ve always written speculative fiction, even as a child. I started writing my first novel when I was thirteen. I never finished it, but I remember it pretty well – story about a kid who used this spinning cube thingy (official technical description) to time travel.

I made my first serious attempts at professional fiction writing when I was in my mid-twenties. I remember when one of my partials made it to a second reader with Ace – I was ecstatic! But that’s as far as it went, and by my late twenties I’d put writing on the backburner.

I didn’t really return to it until around 2007, after my daughter was born. I wrote the first draft of GHOST PLANET in early 2008. Something had changed for me at that point, and I really committed myself to it. Five years later and here we are! 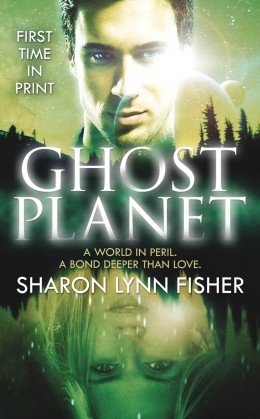 What do you love most about writing sci-fi/romance?
I love exploring relationship dynamics against the backdrop of an alien world, or really any type of speculative setting. It makes for great conflict and plot twists.

What are some of your biggest literary influences?
Richard Adams (WATERSHIP DOWN) and Madeleine L’Engle (A WRINKLE IN TIME). I read those books over and over as an adolescent. WRINKLE was the first sci-fi novel I loved. And WATERSHIP taught me a lot about creating story tension and plot twists.

If you could read one book again for the very first time, which one would it be?
Great question! I think the Lord of the Rings trilogy. I find Tolkien’s writing very comforting.

What are you reading now?
WOOL, by Hugh Howey. It’s an indie that really took off and now has a contract with a major publisher. I don’t have a lot of time to read these days and it’s taking me forever to finish. No reflection on the book. Howey’s a terrific writer.

In your bio, it says that you like baked goods. What’s one of your faves?
CUPCAKES. They make me happy. Especially lavender ones. Or white cake with chocolate frosting. Buttercream is important but I’m sort of neutral on sprinkles.

I read that you live in the Pacific Northwest. What do you love most about it?
It’s a beautiful part of the country—mountains, ocean beaches, gigantic evergreens. A lot of dreary days, but for some reason that’s a draw for writers. Perhaps because we’re all a little crazy.  We also have some terrific, funky little neighborhoods, fabulous farmers markets, and a great indie music scene.

Is there anything else you’d like to share about upcoming projects or events (or anything at all!)?
I’m currently working on my second book for Tor (THE OPHELIA PROPHECY), a post-apocalyptic bio-punk romance. A twisty tale with lots of color and texture, science, politics, adventure, and of course romance!

I’d like to write a short or two — a story set in the earliest days of colonization on Ardagh 1 (the “ghost planet”), and this unrelated zombie romance thing I’ve had simmering.

I also have another RWA Golden Heart finalist manuscript (ECHO 8) that I’d like to polish up and submit in the near future. It’s a sci-fi/paranormal blend about an energy “vampire” from an alternate Earth, the FBI agent intent on destroying him, and the parapsychologist caught in between.
Keep up with Sharon: Website | Twitter | Facebook

About Ghost Planet: Amazon | B&N | Indiebound
Psychologist Elizabeth Cole prepared for the worst when she accepted a job on a newly discovered world—a world where every colonist is tethered to an alien who manifests in the form of a dead loved one. But she never expected she’d struggle with the requirement to shun these “ghosts.” She never expected to be so attracted to the charming Irishman assigned as her supervisor. And she certainly never expected to discover she died in a transport crash en route to the planet.

As a ghost, Elizabeth is symbiotically linked to her supervisor, Murphy—creator of the Ghost Protocol, which forbids him to acknowledge or interact with her. Confused and alone—oppressed by her ghost status and tormented by forbidden love—Elizabeth works to unlock the secrets of her own existence.

But her quest for answers lands her in a tug-of-war between powerful interests, and she soon finds herself a pawn in the struggle for control of the planet…a struggle that could separate her forever from the man that she loves.