Interview: James Renner, author of The Man From Primrose Lane 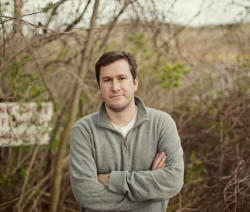 Maybe you saw my review of The Man From Primrose Lane on Monday. If you did, you know how stunned I was by what I consider one of the best books of 2012. The man behind the book is just as fascinating and after I did this interview with James, I wanted to know soooo much more about his story. He really should write a book about his life…oh, wait, he sort of did. In Amy: My Search for Her Killer: Secrets and Suspects in the Unsolved Murder of Amy Mihaljevic, the author tells the story of his search for the killer of a girl that started when he was just a boy and that he continued into adulthood. James was kind enough to answer a few of my questions, so please welcome him to the blog!

James, your novel The Man From Primrose Lane came out in February of this year. What inspired you to write this novel? Did you model your protagonist, David Neff, after yourself?
The inspiration for writing this novel was being fired from my job as a reporter for the Cleveland Scene and having a three year old kid and no source of income. I’d write at the local coffee shop after my wife got home from work and then come back and put my son to bed.

David is an exaggerated version of myself, what I might become if I didn’t have Julie, my wife, to keep me balanced. Like David, I became obsessed over an old cold case and went on an adventure trying to solve it. And like David, it almost killed me. 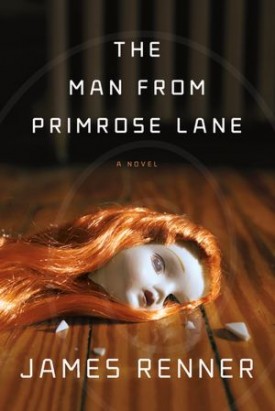 Your career as an investigative journalist certainly gives you the appropriate background for writing, but did you always see yourself as a novelist?
I always wanted to be a novelist. Somewhere in my basement is a box that contains a terrible novel I wrote when I was in the 8th grade. But journalism paid the bills for a while and I wondered if I would ever find the time to really give it a try. I got lucky with Primrose, I think. Writing fiction is much more fun than writing true crime for newspapers. It uses the same tools of writing but you actually get to bring closure to the cold cases you create.

What are some of your biggest literary influences?
Stephen King is a huge influence. I remember bringing IT into my 4th grade homeroom class and the teacher pitching a fit. King has a great voice and I admire his work ethic. John Irving is another author I think about when I’m writing. He has such great sympathy for his characters, as flawed as they are. He’s super realistic and yet has a sense of whimsy. It’s hard to tell what he’s inventing and that’s a sign of a great writer, I think.

What are you reading now?
Right now I’m reading Zone One, by Colson Whitehead. A “literary” zombie novel. Bleak but dreamy. Somewhere between Cormac McCarthy and Joshua Ferris.

In your bio, it states that you’ve been hunting the killer of Amy Mihaljevic since you were 11. Will you tell us more about that?
She and I were about the same age. She was my first crush. One look at her missing poster and I was smitten. It became my hobby to hang out at the mall and look for her killer in the crowds. I wanted to bring him in. A strange hobby, in hindsight, for an 11 year old boy. Years later, hers was the first story I pitched as a journalist. I have spent the last seven years actively working the case and have flown around the country tracking down and interviewing potential suspects. 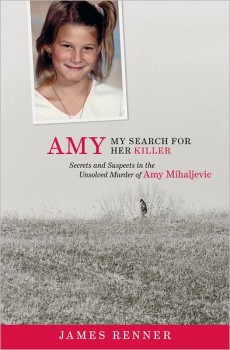 Your fiction writing covers much of the same dark territory as your true crime writing, and must take a toll on you somehow. How do you come back into the light after immersing yourself in this kind of material?
A couple years ago, after researching the nonfiction book The Serial Killer’s Apprentice, I was diagnosed with Post Traumatic Stress Disorder. Psychologists had begun to see this in journalists who had covered the Oil Wars. Seems stress and trauma have the ability to rub off on journalists who write about dark things, like flecks of asbestos to deal with later. And I don’t mean the fashionable PTSD some people get where they have trouble sleeping. I mean, my physiology changed. I smelled different. I was convinced everyone in the grocery store was a serial killer. I was a danger to myself and others. They got my on this wonderful drug called Cymbalta and eventually I got my perspective back.

Will you tell us a bit about your upcoming novel, The Great Forgetting?
It’s a BIG novel that plays with BIG ideas. It’s about a group of blue-collar folk who learn of a government conspiracy and how they go about trying to save the world. I don’t want to give too much away but it’s my favorite novel by far. If it ever gets published it will BLOW. YOUR. MIND!

What’s next for you?
I’ve turned two novels in to my editor and friend Sarah Crichton. The Great Forgetting and a little bullet of a horror novel set in 1960’s New England. It’s up to her really what comes next.
Keep up with James: Website | Twitter
Purchase The Man From Primrose Lane: Amazon