Andrew Nette is not only the author of the new crime thriller, Ghost Money, and the creator of Pulp Curry, but he’s also a fellow contributor to Crime Fiction Lover. So, please welcome Andrew to the blog, and when you finish the interview, be sure to snag a copy of Ghost Money while you’re at it. 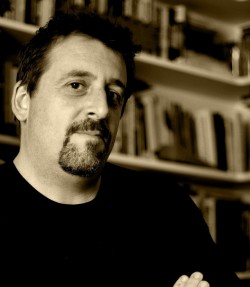 Andrew, your first novel, Ghost Money, just came out from Snubnose Press. Will you tell us a bit about it?
With pleasure, here’s the pitch.

Cambodia in 1996, the long-running Khmer Rouge insurgency is fragmenting, competing factions of an unstable coalition government scrambling to gain the upper hand. Missing in the chaos is businessman Charles Avery. Hired to find him is Vietnamese Australian ex-cop Max Quinlan.

But Avery has made dangerous enemies and Quinlan is not the only one looking. Teaming up with Heng Sarin, a local journalist, Quinlan’s search takes him from the freewheeling capital Phnom Penh to the battle scarred western borderlands. As the political temperature soars, he is slowly drawn into a mystery that plunges him into the heart of Cambodia’s bloody past.

Ghost Money is a hardboiled crime story but it’s also about the broken society that was Cambodia in the nineties, the choices people made to survive and how they dealt with poverty and the legacy of genocide.

I intend it to be the first in a series of novels featuring the character of Max Quinlan. Quinlan finds people who have gone missing, intentionally or not. That could take him anywhere.

He also features in a story in issue 2 of the journal Noir Nation, called ‘Homeland’, in which he attempts to track down a Vietnamese woman missing in Melbourne’s illegal sex trade. 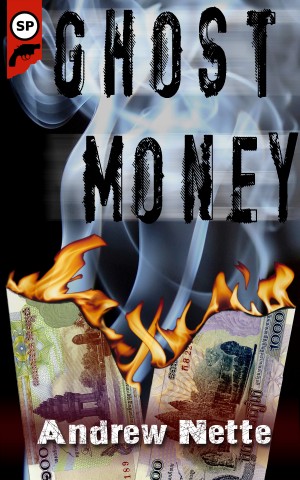 Have you always wanted to be a writer? What inspired you to write Ghost Money?
I used to be a journalist, so in that sense I’ve always written for a living. And I’ve been a fan of crime fiction ever since, as teenager, I started reading the old pulp novels my father kept in his den.

I’m not exactly sure when it was that I wanted to be a writer.

I started writing the book that eventually became Ghost Money in 1996 when I worked for several months in Cambodia as a wire service journalist.

I’d first travelled to Cambodia in 1992. It was a desperately poor and traumatized country. The Khmer Rouge, responsible for the deaths by starvation and torture of approximately 1.7 million Cambodians during their rule in the seventies, were still fighting from heavily fortified jungle bases. The government was an unstable coalition of two parties who’d been at each other’s throats for the better part of a decade and whose main interests were settling historical scores and making money.

Phnom Penh was crawling with foreigners; peacekeepers sent by the West and its allies to enforce peace between the various factions, and their entourage of drop outs, hustlers, pimps, spies, do-gooders and journalists. There was no power most of the time. The possible return of the Khmer Rouge caste a shadow over everything.

Cambodia fascinated me and I thought it would be a great setting for a crime novel. But I was too caught up trying to make a living as a journalist to put much of a dent in the book. That didn’t come until nearly a decade later, when one day I sat down and started reading through some old notes.

In early 2008, my partner and I quit our jobs and moved to Cambodia for a year with our then two year old. I freelanced, did fixing work for foreign TV crews and finished the first draft of my manuscript. 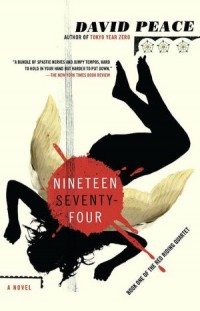 I’m a huge fan of Parker, the professional thief character created by Richard Stark AKA Donald Westlake. Westlake writes cool, stripped-back stories. He’s really influenced n me in terms of how I write action and any kind of procedure, like robberies and such.

I’m a big fan of Martin Limon’s books featuring Sueno and Bacom, officers in the Criminal Intelligence Division of the US military based in South Korea. They are among the small but growing number of good, hardboiled/noir books set in Asia.

I love all of Megan Abbott’s books. Special note the Charles Willeford books that feature the character of Hoke Moseley and the Cliff Hardy books by Sydney writer Peter Corris.

What do you love most about writing and reading crime fiction?
Crime fiction is the most effective literary vehicle for discussing society’s problems and shining a light on abuses of power. It’s that simple. I love the diversity of plot devices and character traits crime writers use to illustrate and explore society’s wrongs. And while the current obsession with Nordic crime fiction doesn’t show any signs of slowly down, I’m excited that more authors are choosing to set crime fiction in more out of the way locations, like South Africa and Mexico.

Ghost Money takes place in Cambodia, and in your bio, you note your fascination with Asia. Have you done any traveling there? If so, what is a favorite destination? If not, and could pack your bags tomorrow, where would you go first?
I lived in Asia for nearly seven years in the nineties, in Laos, Vietnam, Thailand and Cambodia, and have travelled in travelled extensively through the region since. Without wanting to avoid your question, there’s aspects of every country I’ve lived or travelled in, including Australia, I love and hate.

If I could go anywhere tomorrow it would be New York. Indeed, I was booked to fly there a couple of weeks ago, but Super Storm Sandy put paid to those plans. I have spent time in the US but never in New York. The city conjures up images from so many films and books. I was looking forward to just hanging around and then attending Noir Con in Philadelphia. I’m now planning to do the trip next year.

If you could read any book again for the first time, which one would it be?
The Big Nowhere by James Ellroy. “Knock, knock, whose there, Dudley Smith so Reds beware.” 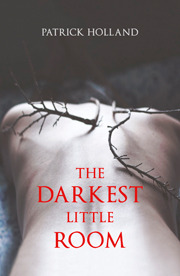 What are you reading now?
I’m currently reading three books.

The first is a 1964 novel called Only Lovers Left Alive by Dave Wallis. It’s a wonderful piece of pop culture dystopia set in a version of sixties London where all the adults have died and teenagers are left to run completely wild.

Dark City Blue is a hardboiled little page-turner by a Melbourne author called Luke Preston. I think Australia crime fiction is a little conservative sometimes, so it’s nice to see a book set in my hometown that’s not afraid to push the boundaries.

I’ve also started dipping into The Darkest Little Room, by Patrick Holland. Released by a small Melbourne publisher called Transit Lounge, it’s a Grahame Green-like story about a down at heel expatriate in Saigon who makes as a small time hustling. It reminds me of the wonderful Paul Theroux novel Saint Jack, about a pimp in Singapore in the early seventies.

When you’re not writing, how do you like to spend your free time?
It doesn’t feel like there’s a lot of free time left after all my writing commitments are finished. My stack of unwatched DVDs is almost as big as the piles of books I want to read. Aside from that, you’ll most likely find me spending my free time working in the garden, or hanging out with my family or with friends.

What’s next for you? Is there anything else you’d like to share about upcoming projects or events (or anything at all!)?
I’ve got several ideas for Quinlan novels, but right now I’ve started a book with a new character, a heist story set in Queensland, Thailand and Melbourne. I’m also in the very early stages of working with another writer on a history of counter cultural pulp fiction from the sixties and seventies.
Keep up with Andrew: Website | Twitter | Crime Fiction Lover

But Avery has made dangerous enemies and Quinlan is not the only one looking. Teaming up with Heng Sarin, a local journalist, Quinlan’s search takes him from the freewheeling capital Phnom Penh to the battle scarred western borderlands. As the political temperature soars, he is slowly drawn into a mystery that plunges him into the heart of Cambodia’s bloody past.

Ghost Money is a crime novel, but it’s also about Cambodia in the mid-nineties, a broken country, and what happens to people who are trapped in the cracks between two periods of history, locals and foreigners, the choices they make, what they do to survive.

“Ghost Money is a fast-paced, atmospheric crime novel. Its journey into a cynical and treacherous world is tense and suspenseful.” – Garry Disher