I admit it, bioterrorism gives me the superwillies, so why do I like reading books about it so much? Probably because the science behind such things is pretty fascinating, as scary as it is. Wil Mara’s new thriller, The Gemini Virus, just came out and he was kind enough to take the time to tell us a bit about his research for the book. We’ve also got a giveaway, so be sure to check the details at the bottom of the post. 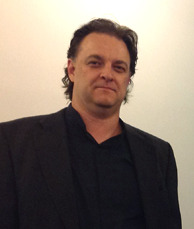 Hello everyone, and thank you for having me on your site. I’d like to tell you a little bit about my new disaster thriller, The Gemini Virus, which released from Macmillan Publishing in early October.

The Gemini Virus is, as its title implies, a novel about a deadly pathogen. The virus in question shows up in the industrial Northeast one day and begins rapidly burning through the rest of population, first in the United States and then the rest of the world. The WHO, CDC, and numerous other healthcare agencies work around the clock to stop it, but this one’s the granddaddy of all viruses. Those who contract it die in about four days. The symptoms are horrific and the suffering is unimaginable, and it quickly earns the name ‘The Black Plague of the 21st Century.’

The story is told from a variety of perspectives. One is that of an epidemiologist from CDC who’s been charged with the unenviable task of backtracking the virus to see if he can figure out where it started and, hopefully, how to bring it down. This character, Dr. Michael Beck, is a brilliant and goodhearted man, but he’s also plagued by personal demons. And he has an assistant, Cara Porter, who shows tremendous promise and dedication but also grapples with personal issues. They make a great team, but they’re battling so many forces on so many fronts that their destiny is far from certain.

Another character group is an ordinary family of four, the Jensens—dad, mom, young daughter, even younger son, and their faithful dog. They live on a quiet suburban grid where little happens beyond the odd bicycle theft or schoolyard brawl. When they’re confronted with the pathogen—not on the news halfway around the world but right in their own town, with the potential for it to land on their street and even their front step—they find themselves torn between helping out their beloved community or escaping to isolated safety. And once they make their choice, they have to live with the consequences—which extend far beyond simple struggles of the conscience. 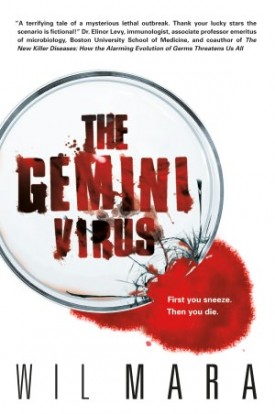 The story rolls out on other fronts as well. From a geopolitical angle, there’s the leader of a dying and desperate terrorist organization, who sees the outbreak as an opportunity rather than a tragedy. And there’s President Obama himself, trying to maintain global harmony while determining whether or not one of America’s most aggressive enemies precipitated the crisis in a bid to launch World War III. And then there’s the virus itself, eternally spreading beyond its point of origin, killing thousands upon thousands while infrastructures crumble, economies collapse, and life as we knew it slips away.

One other facet of the story worth mentioning is the fact that all of the science in the story is 100% credible. With all the books in my disaster series, I am committed to this critical point. For example, the first book in group, Wave, was about a tsunami striking a small barrier island on the East Coast. I didn’t want to write the book unless I could find a way to make the science absolutely credible. That meant I had to deal with this key question—could a tsunami really occur in the Atlantic Ocean? After hours of discussion with a veteran oceanographer from NOAA, we determined that yes, it could. Once that hurdle was behind me, I knew I had a good story.

In the case of Gemini, I had help from several highly qualified figures in the field of virology. All are authors in their own right, and all worked with me to assure not only that each victim’s grisly symptoms were realistic—i.e., based on actual case histories—but also that a brutal pathogen like the one portrayed could, in fact, one day visit our world. That, perhaps, was the most disturbing part of my research—learning that such a virus was not merely possible, but long overdue. And any ‘terroristic’ aspects of the story, I discovered, were equally plausible and were researched with the aid of the same talented people mentioned above, all of whom have had to deal with the unfortunately all-too-contemporaneous issue of bioterrorism in the course of their profession.

If you want more information about The Gemini Virus, visit my web site—www.wilmara.com. And thank you again for having me as a guest on your site. I hope you enjoy the book.

***GIVEAWAY DETAILS***
1. You MUST fill out the form below
2. Giveaway is for 1 copy of The Gemini Virus to 1 winner.
3. Giveaway is open to US addresses only (no PO Boxes)
4. Must include a valid email address with your entry (no need to leave it in the comments, just include it when you fill out the rafflecopter form)
5. You must enter on or before 11/18/12
6. Giveaway books courtesy of Tor/Forge
7. Please see my Giveaway Policy.