The Halloween Horror Bundle from StoryBundle is out! It includes books by Joseph Nassise (Riverwatch), Annie Walls (Taking On the Dead), Martin Kee (A Latent Dark), Patricia Fulton (The Drought), Weston Ochse (Blaze of Glory), and Jon F. Merz (Vicarious).

Here’s how it works: Go to storybundle.com, pay what you think the books are worth (if you pay more than $9, you get 2 bonus books!), download to your e-reader (compatible with most e-readers), and read!

Also, you can donate 10% of your purchase price to charity. Doesn’t get much better than that! Read more about the books below, and go snag ’em! 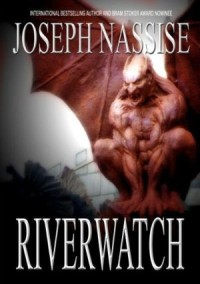 Riverwatch by Joseph Nassise:
During a renovation project Jake Caruso and his construction crew uncover a hidden tunnel in the cellar of the old Blake family mansion. Exploring its depths, he finds an even greater mystery: a stone chamber that’s been covered up for hundreds of years — sealed shut by some long-forgotten warden.

When the ancient seal on the chamber is broken, a reign of terror and death consumes the town’s residents. Something is stalking them — something that strikes in the darkness without warning or mercy, leaving a trail of innocent blood in its wake — and Jake comes to recognize the nightmarish truth about what he has set free. It is an evil born of ages past. A creature of eternal bloodlust. And it has risen to continue its endless slaughter…. 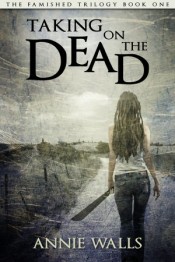 Taking On the Dead by Annie Walls:
Life for Kansas was perfect until the day the world changed.

She has been hiding out for four years in solitude. It’s the only way to survive. The only way not to draw the living dead. Helping a small group of people, she learns the new world might not be what she assumes. Venturing out of her refuge and comfort zone, she meets Rudy, who helps her find a greater purpose. She realizes that the world has moved on without her. Only it’s not what she expects. Her knowledge of the living dead grows and only makes her more curious as humanity continues to hang on by a thread. While on her search for answers she finds comfort in new friendships and love, but her past seems as if it will haunt her forever.

Kansas takes it upon herself to help other survivors, which would be easy if the famished were the only obstacles. 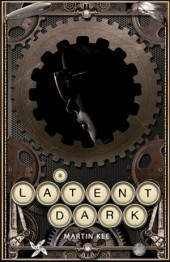 A Latent Dark by Martin Kee:
Skyla has lived secretly within the city walls of Bollingbrook for eleven years, playing among the airship factories and trainyards. As one of the Gutter District’s nameless destitute, it has gone undiscovered that she has a unique talent: when Skyla looks at a person’s shadow she sees through it and into another world. She can see people’s fears, desires, their past sins–all as swimming, living creatures. Her mother has never told her the real reasons why they must remain hidden, never explained the true dangers that exist outside the city walls. But when her mother’s past catches up with them both, Skyla finds she must flee out of the city and into a world still recovering from a second Dark Age, a world of adults with secrets only she can see. For a stranger has recently moved into Bollingbrook, a man some call the Pope of the South, a witch hunter to some and a hero to others. When more children begin to disappear, suspicions are raised and an unlikely search party is formed to find Skyla in the hopes that they aren’t already too late. 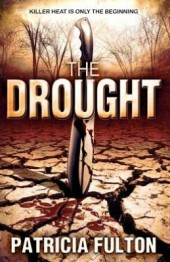 The Drought by Patricia Fulton:
Welcome to Junction, Texas Population: 626 and steadily declining Odd things have been happening around town. Hugh McManus went out to one of his grazing pastures and shot the better part of a fine herd before shooting himself. Luke Casteel crawled into a drainage pipe and never came back. A herd of wild javelina attacked and killed Rod Sawyer. And the thing is, the dying isn’t nearly done. Jared Riley knows there’s something sinister about the heat. It’s got people acting crazy and it’s got him hearing things. A voice keeps whispering, “It’s gonna get mighty hot. Yes sir we like our meatloaf and taters well done, served up pipin’ hot.” Convinced the heat is tracking them, picking them off one by one, he sets off to find help. Trouble is, the people who have the answers are more dangerous than the heat. Driven by strong characters and a twisting plot, THE DROUGHT delves into the supernatural world where ghosts roam the landscape and a voodoo curse floats on the wind. 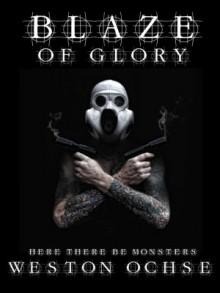 Blaze of Glory by Weston Ochse:
For fans of Stephen King, David Gerrold, and Richard Matheson, picture this: the world is being eaten by monsters and there’s nothing you can do about it.

4 WEEKS A G O
Everything seemed fine.
Life was as we knew it.
Nothing was out of place.

3 WEEKS A G O
The first tiny creature, no bigger than a thumb, crawled out of the dark loamy earth of an Iowa corn field.

2 WEEK S A G O
Creatures came from the ground in every country, from the smallest maggot-sized killer, to Cadillac-sized devourers, each one eating everything in sight, their apparent desire, to cleanse the earth of any vestige of mankind.

2 D A Y S A G O
Our hero, Buckly Adamski, watched the Governor of North Carolina start to dance and go crazy on the television, it wasn’t until the very end that the television announcer blew his brains out over the impossibility of it all.

Y E S T E R D A Y
Planes crashed to the ground, the Eiffel Tower crumbled, trains stopped running, the power went out, and the entire human race (what was left of it) paused to take a breath, wondering if it would be their last.

T O N I G H T
Buckley gathered those he could save in the penthouse of an old building in downtown Wilmington, North Carolina. Monsters are eating the city around them. They know they must leave. They know they have to make a run for it. But they also don’t want to die.

And there is an answer, but it will come from the craziest of places.

This novel also contains an essay called and The True Adventures of a Monster Screenplay in B-Movie Wonderland, which tells the tale of how the screenplay based on this novel was almost sold to Wesley Snipes, with many of the industry’s top horror movie stars attached to the film. 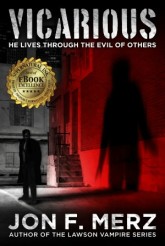 Vicarious by Jon F. Merz:
When disgraced ex-FBI agent-turned-Boston-cop Steve Curran finds a corpse with no practical explanation for its death, the nightmares start again. Convinced the serial killer that caused his expulsion from the Bureau is once again haunting him, Curran soon learns his theories are all wrong. When the sister of the latest victim, Lauren Fields, uncovers an old journal detailing the hunt for a creature known only as the Soul Eater, she and Curran must confront the very real prospect that the killer is not of this world at all – and that his motives have little to do with killing, but all to do with something far, far worse.