Since I joined the gang at SF Signal, I’ve gotten to know fellow contributor Paul Weimer (@PrinceJvstin) a bit, and not only is he one of the smartest folks I know, he’s also one of the nicest (his encouragement prior to my first podcast was much appreciated.) While Scare-a-Thon has focused on the scary in traditional horror, I thought Paul could also bring a sci-fi sensibility to the event, so without further ado, here’s Paul’s Top 5, which focuses on gems from Lovecraft and John Carpenter! 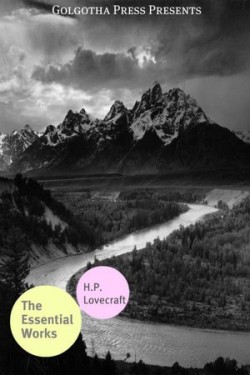 I don’t consume a tremendous amount of horror, although sometimes a turn into the dark side of horror is the only thing that will do, especially when the nights grow long and the air grows cold and fall turns into winter. There is a human need that I share to be frightened, but reassured afterwards that the fright was a passing thing, and that we have survived it. The adrenalin rush of the scare, or the cerebral creeping of impending doom are an experience exhilarating in the moment, and are then survived. Is it any wonder that visual and aural media are often much more effective in invoking that sense of horror in me than a book?

My taste in horror is much more toward the horror of the alien and the other, rather than the horror and fears of a serial killer or a murderer. I am not a fan of Saw movies or splatterpunk. I do not like the Friday the 13th series with Jason; however Freddy Krueger and his ability to manipulate dreams pushes my buttons far more effectively. That is the sort of fright that sends chills down MY spine. The integrity of my sleeping mind under threat is far scarier to me than a guy in a mask or a sadist who wants me to cut a leg off in a sick sense of social darwinism. The scene in the fourth Nightmare movie where Freddy transforms one of the kids he is tormenting into a cockroach, traps her in a roach motel and then crushes it and her gets me every time.

The idea of alien and eldritch entities, or the very boundaries of reality breaking down, or the prospect of being catapulted into a dimension that might as well be called hell are the frights and fears that get my pulse racing, get my fears rising, and give me that sense of relief when the roller coaster of existential horror is done. The works of John Carpenter and the works of H.P. Lovecraft, together, scratch that need for visual and aural frights that bring the alien, the other, the existential. And, most importantly, entertain.

So, here are five of the Lovecraftian and John Carpenter films I go back to again and again when I want the visceral feel of being frightened and scared, especially at this time of the year. 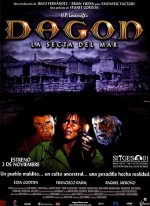 1. Dagon
Dagon is a 2001 Spanish horror film heavily based on the H.P. Lovecraft story “The Shadow over Innsmouth”. The story transplanted to the Spanish coast and the modern day, the story features a successful entrepreneur and his girlfriend, vacationing with their major financial backers on a yacht near the town of Imboca (“In mouth”, in the Spanish-like language of Catalan. Get it?). A storm wrecks the boat, injures the investor friends, and drives the young couple to the town to find help for their friends, only to discover the horrific rites that the town partakes in. Even more frightening, the entrepreneur discovers a hitherto unknown connection to the not so human inhabitants of the town. 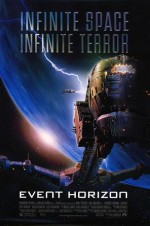 2. Event Horizon
Continuing with the Lovecraftian elements and theme, Event Horizon brings those elements to a haunted, derelict space craft. The crew of the patrol and rescue ship Lewis and Clark have been sent to Neptune, where a long thought lost ship, the titular Event Horizon, has appeared in a decaying orbit around the gas giant. With the crew of the Lewis and Clark is Dr. Weir, the original designer of the Event Horizon, played by Sam Neill. The goals of the designer and the crew are relatively straightforward: determine what happened to the Event Horizon, and salvage the ship. The fact that Dr. Weir’s wife was one of the crew adds an extra incentive to the Doctor to want to explore the shop and learn its fate.

Sounds simple, right? However, once aboard, the aura of malevolence and malice aboard the Event Horizon slowly rises, and stranger and stranger things start to happen, until the horror of what has happened to the Event Horizon and what the ship intends is inescapable. And I just can’t resist a movie which has a plot twist based on a translation of Latin. 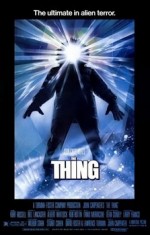 3. The Thing
The 1982 Thing by John Carpenter starts what has been called the Apocalypse Trilogy. The Apocalypse Trilogy is a set of three films by Carpenter that are really three end-game situations for the human race. In the Thing, an isolated polar base comes into contact with a murderous, shapeshifting alien, and the movie turns into a locked-room mystery of sorts, with the identity of the alien always a fluid and uncertain thing. Questions of trust and reliability are intermingled with action as the alien is seemingly flushed out again and again. The nihilistic ending is very much in keeping with the bleak existential horror of the movie as a whole. And the acting, starting with Kurt Russell,is top notch. We believe in these characters, even and especially as they start to turn on each other. And who wouldn’t be scared by the idea that your friends and colleagues are anything but human?

The new remake isn’t quite as potent as this one, but is worth seeing as well.

4. Prince of Darkness
Next up in Carpenter’s Trilogy, Prince of Darkness is a 1990 horror film that explores quasi-gnostic ideas of God and the Devil, pitting faith and science against an Anti-God seeking to return to our world. Like The Thing, it really works the angle of the characters being trapped in a small space with a malevolent force. In this case, instead of an isolated base in the Antarctic, the main characters find themselves trapped in a church as the Anti-God prepares to manifest itself, and the Anti-God has plans for those trapped in the church with it. Throw in a weird subplot involving messages from the future and you get a potent mix of science, fantasy, and horror. 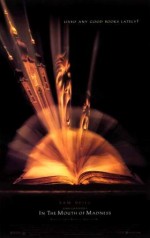 5. In the Mouth of Madness
In the Mouth of Madness is a 1995 horror film that rounds out the aforementioned trilogy and combines the direction of John Carpenter, and Lovecraftian elements. John Trent, played by Sam Neill (yes, again!) is an insurance fraud investigator who is tasked to find the missing sensational horror writer Sutter Cane, a Stephen King with an emphasis on eldritch and alien entities more than simple small town horror. When Trent discovers that a fictional town from Cane’s stories is real, and that Cane is living in that town, his horror and troubles only begin, as reality itself seems to fray around him. The questions of what is reality and how it might be manipulated are juxtaposed against more traditional and threatening horror elements, to very visceral effect.
Keep up with Paul: Twitter | Blog

About Paul:
Not really a Prince of Amber, but rather an ex-pat New Yorker that has found himself living in Minnesota for the last 9 years, Paul “PrinceJvstin” Weimer has been reading SF and Fantasy for longer than Shaun has been alive. In addition to pitching in at Skiffy and Fanty, he can be found at his own blog, Blog Jvstin Style, SF Signal, the Functional Nerds, Twitter, Livejournal and many other places on the Internet.