I’m so excited to have John Shirley on the blog! He’s the author of over 30 novels, and is considered a pioneer in genre fiction. Please welcome John to the blog, and be sure to check out the giveaway details, because we’ve got 3 copies of Resident Evil: Retribution (Official Movie Novelization) up for grabs! 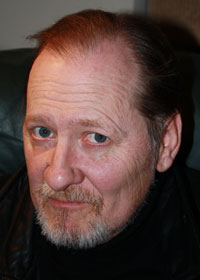 John, you have quite a varied background, not only as a writer (of award winning novels, essays, screenplays,and lyrics), but also as a trailblazer. You’ve been called the original cyberpunk and are known for pushing the envelope in horror, scifi, and noir. When you were growing up, did you always see yourself as a writer?
I think it was a possibility germinating in my mind early on because I was always gravitating to the library and I told stories to other kids…I pretended they were dreams I had, and the other kids listened with some fascination because I made them into big adventures. Later it was one of the few things I was good at, so that encouraged me. I published my first story when I was a teen.

In writing, what do you consider “pushing the envelope”?
I’m really always pushing the envelope of my ability to put the reader into the point of view character. If you can make them identify with a character in fantastic circumstances, or perhaps a villainous character whom they don’t really like, then you’ve really got their attention. So I push the envelope to find new ways to get readers deeply involved, to really make them feel like they’re in the story. I experiment with that a lot. I’ve also tried to get readers to accept the incredibly surreal as gritty real, and the gritty real as surreal–and that’s pushing it. I push for new ways to convey a bit of a social message, too, without laying it on thick… 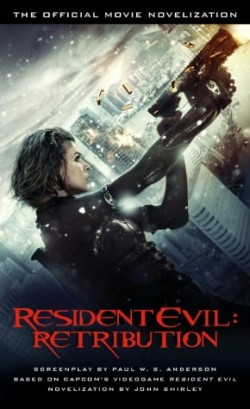 What were some of your biggest early writing influences? Was there one or two works that influenced you more than others?
Edgar Allan Poe–his Tales of Mystery and the Imagination influenced me; Harlan Ellison, his story collections, eg I Have No MOuth and I Must Scream; Madelaine L’Engle and Mary Norton, both writers for children (but bright children and teens) were great influences on me. Also I read a good deal of HP Lovecraft and Edgar Rice Burroughs and Robert E. Howard when I was young. So I got my pulpier moves from ERB and REH and HPL stimulated my imagination…Later I was influenced by Ray Bradbury and Richard Matheson. Movie dirctors, too, influenced me, like Alfred Hitchcock…and Todd Browning (“Dracula”) and Jacques Tourneur.

When it comes to darker elements of horror and sci-fi, is there anything that you’d consider off limits?
I couldn’t get into any kind of detailed description of abuse of children, I’m just too sympathetic to children, I couldn’t bear it. I sometimes write some pretty violent fiction but it’s never really something a sadistic person would enjoy–if anything it would make them feel guilty. I don’t like “torture porn” films…popular horror movies that are really cruel and seem to involve the audience in the cruelty in a sadistic way…At the same time I can appreciate a violent Sam Peckinpah film. But I know where the line is.

You’ve also been praised for some of your more noir flavored work, especially Black Butterflies. What makes a book fall into the “noir” category, in your opinion?
For me, it’s probably about the dark side of “real life”–it might have a detective in it or a mystery, the hero might be a cop, but usually it’s about people being caught up in crime as if it’s a dilemma, it feels like the only way out to them. Or they’re so damaged it comes naturally. It’s exploring crime from the inside out or exploring the moral ambiguity of life. It may relate to dark emotions that are in the service of good, perhaps–or dark emotions that start that way and then destroy the person who thinks they’re doing good. It’s about the darkest sides of modern life, to me–and it has that shadowy “lighting”…even when it’s a short story on the page. And it’s about the horror of inevitability… 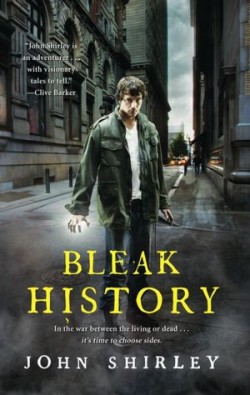 You don’t shy away from exploring the human condition in your work. What themes do you enjoy writing about (and reading about) the most?
I seem to be pretty well known for looking at how people suppress empathy and how that suppression of empathy for people can be one of most destructive social forces…and how it can be manipulated. In my cyberpunk trilogy, A SONG CALLED YOUTH–it’s now out as an omnibus from Prime Books– oppressors use media and propaganda and fear to get people to suppress their empathy for others so they can promote elitism of the worst sort. I write about the excesses of social inequity, sometimes, about finding the courage that can come beyond despair–about finding hope when it seems hopeless.

You’ve written quite a few tie-ins and novelizations, which, of course requires you to write within the parameters of someone else’s world. Which has been one of the most enjoyable for you to write?
Batman: Dead White was probably the most fun because I simply like Batman. The Borderlands novels are riotous fun–they’re inspired by the videogame. The new novel is Borderlands: Unconquered. I enjoyed the novelization of Resident Evil: Retribution because it’s very energetic stuff, with some interesting ideas in it, at times, and monsters are always fun (unless they’re killing you, of course, that’s not as fun).

Speaking of movies, any recent favorites?
I liked The Woman in Black as it seemed like a very old fashioned horror film, very stylish; I liked Chronicle, a clever well made exploration of what it would be really like if people got super powers and how it could go very wrong indeed. It explores the psychology of power in a smart way.

You’re obviously a music guy, and you penned quite a few songs for Blue Oyster Cult. What are some of your other favorite bands (new or classic)? What was a good year for you in music?
Well if you’re talking rocknroll… I’m an Iggy and the Stooges fan, and that was mostly the early 1970s, for the Stooges. I guess I like 1969, for great work form Jimi Hendrix, for example, but also 1977 for the great punk bands like the Sex Pistols and the Ramones and the early Clash. But there was great music, if you knew where to find it, in any decade. The Blue Oyster Cult did some of their best stuff in the 1980s; so did David Bowie…I like a lot of more modern stuff too like the Black Rebel Motorcycle Club and Le Butcherettes. 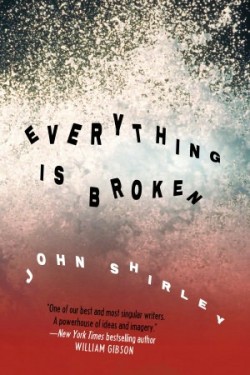 I’m sure you’re a very busy guy. When you manage to get some free time, how do you like to spend it?
I do this weird thing people used to do, you might remember it. It was called “reading books”. I still do that. But my wife Micky and I go to the movies. I just went to a rock concert saturday night and heard some classic punk bands in a live reunion like the Mutants and the Avengers and the Next. I also go to art museums. My wife gets me to watch television with her sometimes and she’s gotten me into the newest version of Dr Who, and into the Walking Dead…and we watch most of the HBO original series and some on Showtime…God I’d like to develop a series for HBO or Showtime…

My son Perry works part time in a comic book store and he gives me graphic novels to read so I can get caught up on that. (I just wrote one myself, The Crow: Death and Rebirth, for IDW comics. It’s a variant of The Crow…I co-wrote the movie…but with a new character and set in Tokyo).

Any guilty pleasures?
The Western Channel. Like…Gunsmoke. And the better old westerns in general. I really enjoyed John Carter–thought that movie was way under appreciated. And rewatched it just for pure escapism recently. Oh and my wife and I love RuPaul’s Drag Race. That’s the only reality show I can get into. When I’ve watched other reality shows they usually make me tear my hair out. Or fee like it anyhow. They seem abusive to the people who “perform” in them somehow…

Is there anything else you’d like to share about upcoming projects or events (or anything at all!)?
My newest novel is EVERYTHING IS BROKEN –a horrific near future coming of age story with a bit of a western built into it, and more than a bit of political allegory. That’s been out for a few months and is doing well. I’ve got a new television pilot script–back in the day I wrote for Deep Space Nine, and other TV shows–and we’re taking the pilot out to see if it’ll pilot through the reefs or crash on the rocks…The pilot’s called Intruder Town, it’s science fiction, set in our time…it’s dramatic, funny, entertaining–and pretty damn crazy.
Keep up with John: Website

**GIVEAWAY DETAILS**
1. You MUST fill out the form below (lots of chances for extra entries)
2. Giveaway is for 3 copies of Resident Evil: Retribution by John Shirley to 3winners.
3. Giveaway is open to US  addresses only (no PO boxes).
4. Must include a valid email address with your entry (no need to leave it in the comments, just include it when you fill out the rafflecopter form)
5. You must enter on or before 9/30/12
6. Giveaway books courtesy of Titan Books
7. Please see my Giveaway Policy.