I’m thrilled to have the awesome Alex Hughes on the blog today! Alex’s brand new book, Clean (Mindspace #1) just came out (feel free to check out my review at SF Signal), and she was kind enough to answer a few of my questions.

Please welcome Alex to the blog! 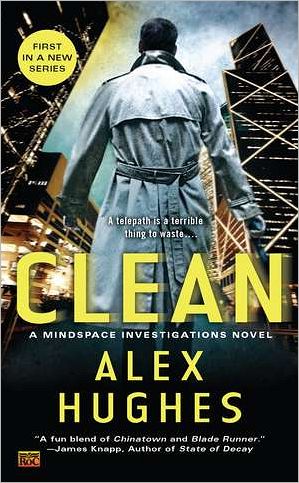 Alex, it’s obvious that you’ve loved books since you were a child. What finally inspired you to write your first novel? Will you tell us a bit about your journey?
I actually wrote my first novel when I was very young – too young to know better:-D  I was reading a book one day and decided I wanted to write one. I went to my mom and said, “I want to write a novel.” God bless her, she didn’t even blink. Instead, she said, “Then you should write a novel. Let’s get you a document on the computer.” I think she was surprised when she came back to several scenes a few hours later. After that, one of her answers to me complaining about being bored was, “why don’t you go work on your novel?” My parents never made a big deal about it, but they always made it very clear they thought it was completely within my capabilities. There was a certain childlike joy in writing that first book (all 200 plus pages of it) that now, as an adult many projects later, I’m always trying to get back to.

The process of learning to write a good book, on the other hand, took fifteen years, hundreds of rejections, and more than one crisis of faith. But I stuck with it, I got better, and I learned to do things on purpose. And finally The Call from the editor came.

In Clean, your hero is a telepath in a future Atlanta. Not only is he dealing with mistrust from his colleagues, he’s also dealing with the fallout of a drug addiction. Did you have a particular inspiration in mind while writing him?
I had a friend in college who was struggling to recover from anorexia/bulimia, and going through that process with her was deeply impactful to me. I wanted to write about addiction, but I knew her struggle was complex and deep enough to take over anything I wrote. I knew I needed an easier addiction to understand – and I had just re-read Joan D. Vinge’s Catspaw, a book starring a tortured telepath in a dark future world. I thought, why not write about a telepath struggling with a drug addiction in a dark future world? He could be a detective. And thus the seed of Clean was born.

Clean has a decidedly noir feel to it. What are some of your favorite hard boiled detectives?
The noir feeling is a little bit of an accident – I was going for cyberpunk, like Catspaw, but just couldn’t pull it off. But I grew up on police procedurals – we watched them as a family and talked about them together – so perhaps the final product isn’t so surprising. In fiction, I love Patricia Cornwell’s heroine and J.D. Robb’s heroine. In television, the ones that stand out in my mind today are Nowhere Man, the American version of Life on Mars, The Closer, and the first few seasons of the original CSI.

How about favorite sci-fi novels?
This answer changes all the time. Today I’ll pick Tanya Huff’s military SF series, Bitten by Kelley Armstrong, Robert Heinlein’s The Moon is a Harsh Mistress, Wen Spencer’s Tinker, The Hero and the Crown by Robin McKinley, Cast in Shadow by Michelle Sagara, and Jennifer Roberson’s Sworddancer. 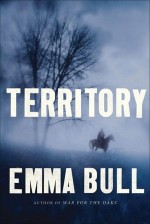 What are some of your biggest literary influences?
Robert Heinlein and Anne McCaffrey are two of the big ones, along with Laurell K. Hamilton, Andre Norton, Edgar Allan Poe, and Emma Bull, but every author I’ve listed (and to some degree every author I followed) has influenced my work to a greater or lesser degree.

Is there one book in particular that you recommend to anyone that will listen?
Today I’ll say Catherine Asaro’s Primary Inversion. That book blew my mind. I still recommend it to people, although I’ll warn them the physics can be a bit hard to get through. Still, the depth of thinking about FTL travel and imaginary number mathematics, not to mention the quantum physics shielding programs, are astonishing and ground-breaking. It’s also a damn good story.

What are you reading now?
Honestly? Nalini Singh’s Archangel’s Storm. I love the worldbuilding and the angel society she’s set up in previous novels, which is both awesome in the original sense and bitterly tragic.

If an asteroid was hurtling toward earth, and you could only snag five items, what would they be? (Editor’s note: This was supposed to say “snag five items before heading into the underground bunker”, but I dropped the ball. I thought Alex handled this rather nicely, considering.)
Unfair question. We’re assuming the asteroid isn’t going to burn up in the atmosphere, I take it? And will end all life on Earth? Well, first, a spaceship with a good long-term life support system and alien starcharts, obviously. I want to survive the apocalypse, not just view it from a better vantage point. For the rest, I’d burn up as many of my allowed spots on people as possible – starting with Sam, of course, and going through the rest of my nearest and dearest. And honestly, to have a viable breeding pool and continue the human race, we’d need at least several hundred people. Plus the world’s best library of books, music and movies, to keep us from getting bored. And a viable destination…

Hmm. How long do we have before the apocalypse to plan?

Is there anyone (literary or otherwise) that would bring out your fangirl squee if you were to meet them?
Mercades Lackey. Catherine Asaro. Elizabeth Moon. Wen Spencer. Nathan Fillion. And, of course, Aeron (sp?) from Farscape.

In your bio, it says you’re a total foodie. What’s one of your favorite dishes?
Do I have to pick just one? Well, today I guess I’ll pick a healthy option: turkey italian sausage with sundried-tomato red-wine fennel sauce over perfectly-cooked noodles with a side of fresh arugula with walnuts, goat cheese and strawberries with a balsamic vinaigrette.

When you manage to find some free time, how do you like to spend it?
With delicious food whenever possible. I’m also involved in several writers’ groups and an artist’s movement group here in Atlanta. I love getting together with creative people and talking about how to be creative. It revs me up and makes me happy.
Keep up with Alex: Website | Twitter

About CLEAN:
A RUTHLESS KILLER—

OUT OF SIGHT, OUT OF MIND

I used to work for the Telepath’s Guild before they kicked me out for a drug habit that wasn’t entirely my fault. Now I work for the cops, helping Homicide Detective Isabella Cherabino put killers behind bars.

My ability to get inside the twisted minds of suspects makes me the best interrogator in the department. But the normals keep me on a short leash. When the Tech Wars ripped the world apart, the Guild stepped up to save it. But they had to get scary to do it—real scary.

Now the cops don’t trust the telepaths, the Guild doesn’t trust me, a serial killer is stalking the city—and I’m aching for a fix. But I need to solve this case. Fast. I’ve just had a vision of the future: I’m the next to die.