Courtesy of the lovely folks at Simon and Schuster, I’ve got one copy of The Taker, by Alma Katsu up for grabs! Also, follow this link to read an excerpt of the book, and be sure to check out out the giveaway details. Good luck! 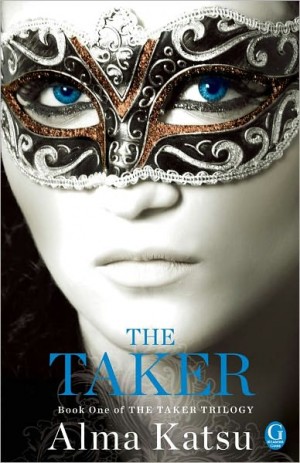 About The Taker:
A young doctor at a county hospital in the northernmost corner of Maine, in below-freezing temperature, is on duty when the police bring in a young woman, who allegedly killed a man and left his body in the north woods. Luke, the doctor, is strangely drawn to her, as she pleads with him to help her escape. As she begins to tell him her story, she grabs a scalpel and slices herself deeply across the chest. As Luke watches in horrified amazement, the sides of the cut creep together and heal themselves. So begins her story—a love affair that began 200 years before, when a ten-year-old Lanore McIlvrae first declared her love to Jonathan St. Andrew, son of the man who founded the settlement in northern Maine. Lanore became pregnant by Jonathan, was sent off to Boston in disgrace to have her baby, and was abducted by a Hungarian count, who lived a life of unbridled sensuality. Having given her the gift of eternal life, the count tells his story, which began in 1346 Hungary, where he was the apprentice to an evil alchemist who seduced and murdered virgins. Now, nearly two centuries later, their paths have crossed again with unexpected consequences….

Blending the allure of immortality with the occult, The Taker sweeps readers along a historical journey—each time period and setting as rich as the last.

**GIVEAWAY DETAILS**
1. You MUST fill out the form below (lots of chances for extra entries!)
2. Giveaway is for 1 copy of The Taker by Alma Katsu to 1 winner
3. Giveaway is open to US ONLY
4. Must include a valid email address with your entry
5. You must enter on or before 3/24/12
6. Giveaway book generously provide by Simon and Schuster.
7. Please see my Giveaway Policy.