Today I’m thrilled to have the awesome Robert Jackson Bennett on the blog! Robert is the Philip K. Dick and Edgar nominated author of Mr. Shivers, The Company Man, and The Troupe (out tomorrow!!) If you’d like to read my review of The Troupe, go right ahead, we’ll be here when you get back. Anyway, he was nice enough to answer a few of my questions, and there’s also a pretty killer giveaway, so be sure to check out the details at the bottom of the post! 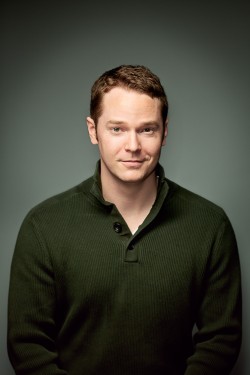 Please welcome Robert to the blog!

You’ve got two frankly awesome books, Mr. Shivers and The Company Man (which has been nominated for the Philip K. Dick Award), under your belt, and The Troupe is coming up tomorrow (the 21st). Have you always wanted to write?
I think so. When I was about nine, I wrote short stories accompanying many of the Chronicles of Harris Burdick images. I can also remember rewriting movies or comics when I felt like they didn’t “do it right.” I think I realized I needed to be a writer when I would think up books I wished such-and-such would write, but they never did. So I would have to do it.

So, did you happy dance when you found out about the Philip K. Dick nom? Because I would have totally happy danced. And there may have been some squeeeing.
I believe I immediately asked my publicist if it would be okay if I said “holy shit” to her in an email. I think this to be a perfectly valid response.

There are some pretty big themes explored in your newest novel, The Troupe. What kind of research did you do for it, if any?
I did quite a bit of research, mostly because it was so fun. Vaudeville was an immensely popular period in American entertainment, and since many of its actors segued into movies fairly fluidly, there were quite a few famous people everyone wrote about, so their vaudeville experience got written about, too. It was actually immensely easy to do research about – the circuits made a lot of money, and things that make a lot of money get recorded in detail.

But theme and research are two different things. Doing research is getting the right tires on the car, and making sure its oil’s been changed and it’s all been properly checked; theme, however, is the road you want to drive it on, and where you are going to go. That’s something that often gets decided before you even choose which era or which characters you want to write about.

The Troupe also packs quite an emotional punch. Is it hard on you to write such emotionally charged material?
Not really. It’s actually quite exhilarating – at least, when you do it right. Taking an emotionally-loaded image or scene, and realizing it in the most effective manner, is probably better than most drugs, or at least I would imagine it to be, having never personally tried most drugs. 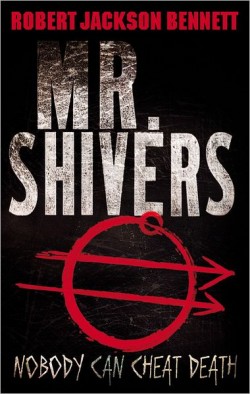 What are some of your biggest literary influences?
This is a terribly difficult question, I find. I can only cite those I like, and those that inspire me; but as to whether or not they’ve had any effect on my writing, or if my writing has any similarity to theirs, I’m completely blind to that.

If you could read one book again for the first time, which one would it be?
Well, I’m one of the people who finds themselves liking books the more they reread them – I like to look at the whole, and keep the whole in mind, as I explore something. So the initial surprise and intrigue of a novel has less attraction to me than to most, probably.

That said, reading Jonathan Strange and Mr. Norrell for the first time was utterly wonderful. Never before has a 500-whatever page novel felt like a fifty page one. It was also the book that got me married, in a way. So there’s that.

What are you reading now?
I’m reading Pym, by Mat Johnson, about Poe’s one and only (and horrible) novel. It is an extremely amusing and enlightening look at American race through sort of a speculative fiction lens. It’s delightful. 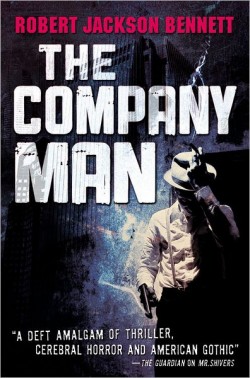 When you’re not busy writing, how do you like to spend your free time?
I have a ten-month old, so I have no knowledge of this “free time.”

Is there any news of upcoming projects or events that you’d like to share?
Sure. I’m putting the finishing touches on my fourth book, American Elsewhere. It’s sort of a mix between Twin Peaks and H.P. Lovecraft, about an ex-cop named Mona Bright who finds herself inheriting a house in Wink, New Mexico, a town nearly every map claims does not exist. Yet it does exist – and it seems queerly perfect, as if it’s been waiting for her for years, a home she never knew existed.

Of course, not everything is what it seems. Wink is a very different place – and soon Mona finds herself wondering how different she is, as well.

There is also a fun short story of mine about how to mix cocktails out of emotions in Broken Time Blues, an anthology of speculative fiction set in the 1920’s. I quite enjoyed that, and it was written while I was writing The Troupe, so it is a bit colored by that.
Keep up with Robert: Website | Twitter

About The Troupe:
Vaudeville: mad, mercenary, dreamy, and absurd, a world of clashing cultures and ferocious showmanship and wickedly delightful deceptions.

But sixteen-year-old pianist George Carole has joined vaudeville for one reason only: to find the man he suspects to be his father, the great Heironomo Silenus. Yet as he chases down his father’s troupe, he begins to understand that their performances are strange even for vaudeville: for wherever they happen to tour, the very nature of the world seems to change.

Because there is a secret within Silenus’s show so ancient and dangerous that it has won him many powerful enemies. And it’s not until after he joins them that George realizes the troupe is not simply touring: they are running for their lives.

And soon…he is as well.

**GIVEAWAY DETAILS**
1. You MUST fill out the form below (lots of chances for extra entries!)
2. Giveaway is for 5 copies of The Troupe by Robert Jackson Bennett to 5 winners
3. US/Canada ONLY
4. Must include a valid email address
5. You must enter on or before 2/27/12
6. Please see my Giveaway Policy.
7. Book kindly provided by the author and Orbit Books.