Lots of great releases this week, and there’s some awesome Kindle deals to be had (I listed lots of new mysteries this week)! Most release Oct. 11th.  Enjoy! 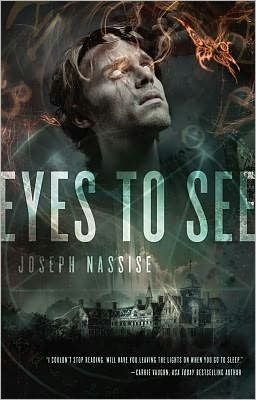 by Teresa Milbrodt
The Dark at the End (Repairman Jack)

by F.Paul Wilson
Snuff: A Novel of Discworld

by Jonathan Case
The Walking Dead: Rise of The Governor

by Robert Kirkman and Jay Bonansinga

by Todd Ritter
As The Pig Turns: An Agatha Raisin Mystery

by M.C. Beaton
The Blood Red Indian Summer: A Berger and Mitry Mystery

*Kindle Steals and Deals (not all new releases, but all are definitely a steal!) I’ll try to add to this list as the week goes on, so keep an eye out!

Pocket After Dark is offering 19 titles at only $3.99 from Oct. 11th-Nov. 1st (including titles by Cherry Adair, Kresley Cole, Susan Sizemore, and much more), so be sure to visit this link (you’ll have to register at Pocket After Dark, but it’s FREE.)

One of my fave authors, Jonathan Maberry (Dust & Decay, Patient Zero), has a cornucopia of awesome on sale for Kindle right now:
Material Witness

*Did you know that most Angry Robot titles are available on Kindle for a very nice price? Here are some of my favorites (all under $5)
Zoo City

by Louise Penny: $2.99
No Trace: A Brock and Kolla Mystery

by Kristine Grayson: FREE
Fierce as the Grave: A Quartet of Horror Stories

by Jennifer Estep: $1.99
Halfway to the Grave with Bonus Material: A Night Huntress Novel

by Jeaniene Frost: $1.99
Happily Never After

by Jeaniene Frost: $1.99
A Very Vampy Christmas: From Sugarplums and Scandal

by Kerrelyn Sparks: $1.99
The Early Girl Gets the Blood Wolf (A Broken Heart Short Story)

by D.D Barant: $2.99
The Cassie Palmer Bundle (includes Touch the Dark, Claimed by Shadow, Embrace the Night, and Curse the Dawn)

by Joe McKinney: $4.30
Apocalypse of the Dead