Please welcome Stefan Petrucha to the blog! Stefan is the author of Blood Prophecy, numerous comics, and the upcoming Dead Mann Walking!

Stefan, you have extensive experience in the editing and writing world. What inspired you to dive into writing novels?
I’ve been into prose for years – wrote my first short stories in high school, did a novel for my senior thesis and so on, so it’s always been a passion. I self-published my first novel, Making God, back in 1997, around the time I was writing The X-Files comic for Topps.
At the start of my career, though, most of the money was coming from comic books, not to say I enjoyed that any less. Professionally, I broke into novels with some gaming fiction for White Wolf, and then got into YA with my Timetripper series. Most of my work has involved genre in one form or another, so I’m very happily at home with Dead Mann Walking series. 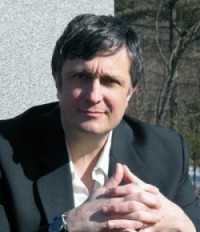 You’ve also penned quite a few comics and graphic novels, as well as fantasy and urban fantasy. What do you like best about writing each genre?
People tend to conflate the two, but comics and graphic novels aren’t a genre, they’re a media – you can do fantasy or horror comics, for instance. I’ve always loved the form – the combination of words and pictures creates a unique experience for the reader.
As for genres, I tend to see them as decoration – the heart of the experience is the characters and the story, and that’s really what turns me on or off. That aside, each genre does lend itself to certain aspects of storytelling. Horror points to the fact that we’re ultimately limited, subject to our bodies and death. Fantasy does the opposite – pointing to ways in which we’re not limited. Urban fantasy falls neatly in between.

The first novel in your brand new series, Dead Mann Walking, is out in October. Can you tell us a bit about it? 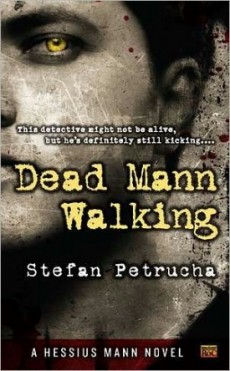 Hessius Mann lives in a world where the dead can be brought by to life – sort of. At first, everyone’s dying to bring back their loved ones, but then they notice they’re not quite the same. Uncle Jake starts to rot, and if Grandma gets too depressed, she can go feral and wind up gnawing on the family pet. Soon the process is only used to bring back people wrongly executed by the state who’ve since been exonerated. They form a sort of underclass, downtrodden and abused by the living.

Hess, a police detective, is wrongly convicted for the murder of his wife and put to death. After he’s brought back, he tries to continue working as a detective, but finds, like all the restored dead, he’s not quite what he used to be.

It’s noir! It’s zombies! What more could you want?

What are some of your biggest literary influences?
There are so many, but with Dead Mann Walking, I’ve been looking back to noir masters, like Dashiell Hammett and Raymond Chandler – and of course zombie greats, like Romero’s Night of the Living Dead, David Wellington’s Monster Island, and The Walking Dead, comic and TV series. 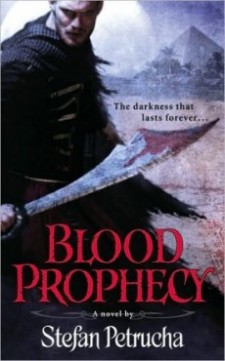 If someone wanted to begin reading graphic novels, where would you suggest they start?
With Dead Mann Walking – as soon as it becomes a graphic novel! Past that, depends who you are – there’s lots to choose from. Watchmen remains great. I’d go with The Nancy Drew Graphic Novels for the younger crowd.

If someone wrote a book about you, what would the title be?
The Guy Who Wrote Dead Mann Walking

When you’re not busy writing, how do you like to spend your free time?
Not busy writing? I’m sorry, I don’t understand what you mean. (Actually, in my rare spare moments, I enjoy spending time with my wife and daughters, watch TV, and occasionally indulge in video games. I’m currently playing GTA IV.)

Is there any other news of upcoming projects and events that you’d like to share with us?
I’ve got another great book coming out in March from Philomel, called Ripper. Set in New York City in 1895, it’s sort of like Harry Potter, except without magic, and with a serial killer.