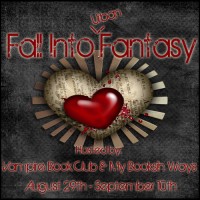 Happy Monday, gang! Hope everyone is having  a great holiday weekend! Today on the blog I’ve got the awesome M.J. Scott, author of the brandy new urban fantasy, Shadow Kin! There’s also a giveaway, so check out the deets at the end of the post!

*As always, click on the event button for the scoop as the event goes on!

Please welcome M.J. to the blog!

Can you tell us a bit about your upcoming book, Shadow Kin?
Shadow Kin is about a half-Fae assassin who thinks she has her world all figured out until she botches her latest assignment and stumbles across someone who sees the world – and her – very differently. I guess it’s about second chances in a way. 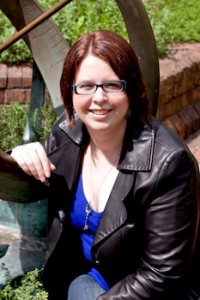 Was there any particular inspiration for your heroine, Lily?
Lily was one of those characters who turned up in my head fully formed and started talking. I had had in the back of my mind that I wanted to do a bad girl heroine one day but I don’t know exactly where Lily sprang from.

What do you enjoy most about the urban fantasy/romance genres?
I love urban fantasy because of the strong heroines and the freedom of the world building. You can have such fun with magic and supernatural critters. And for me, romance is about the joy of flirtation (love me some witty banter), the fun of seeing two people fight like heck to resist the craziness of love and the journey through to that happy ending.

If someone were to visit Australia for the first time, where would be the first place you’d take them to?
Home for a nice nap after such a long flight! But then either down to my hometown and the beaches beyond it or up into the hills around Melbourne for tea and scones. 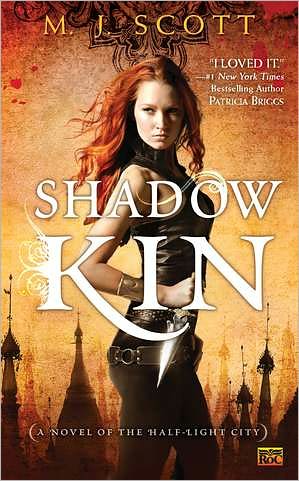 I also read that you spent some time in London. What was your favorite thing about your time there?
For me, the best bit of spending time in London, and the UK in general, was just seeing all the places I’d read about in my favorite books over the years. I loved walking past somewhere in London on my way to work and reading that some historic figure had lived there, or wandering around Bath like an Austen heroine or seeing the ruins of a castle at Tintagel in Cornwall. Apart from being a happy book/history geek, the cider is pretty good!

If you could pack up right now and go anywhere in the world, where would you go?
Either back to the UK or to Tuscany. I’ve always had a vision of a long holiday in a villa in Tuscany, eating great food, drinking great wine and living the good life.

I read that you enjoy knitting, sewing, spinning, and quilting! I do too, though I had to give up spinning due to back issues (not to mention being a fiber snob, which can get expensive). What is your favorite out of the bunch (mine’s quilting), and do you have a favorite project?
I waver between sewing (mostly bags…I’m a handbag/purse fiend) and knitting. Right now, I’d have to say knitting because it’s quicker to get started and can be carted around with me. Plus I don’t have to cut things out which is my least favorite part of sewing and quilting! And my favorite things to knit are socks because I love wearing handknitted socks (I get cold easily!)

What’s the most daring thing you’ve ever done?
Pitched a book to an agent? I don’t know, I don’t think I’m much of a daredevil. I did in my foolhardy youth used to ride a skateboard straight down the very steep hill in our street…and I climbed to the top of St. Paul’s Cathedral in London for the view even though I tend to be scared of heights.

Can you tell us something about yourself that not a lot of people know?
Hmmmm, I hate ladders (see the heights thing) to the point where I get nervous climbing a two step step ladder, I’ve ridden a cow and I used to play the oboe.

Is there any news of upcoming projects or events that you’d like to share?
Book two (working title Blood Kin) in the Half-Light City series is being released on June 5 2012 and other than that, nothing that I can talk about just yet!

**GIVEAWAY DETAILS**
1. Giveaway is for one copy of Shadow Kin to one winner.
2. Giveaway is open Internationally (wherever The Book Depository ships)
3. To enter, leave a question or comment for M.J.,along with your email address.
4. Giveaway ENDS 9/14/11

About the book:
On one side, the Night World, rules by the Blood Lords and the Beast Kind. On the other, the elusive Fae and the humans, protected by their steadfast mages…Born a wraith, Lily is a shadow who slips between worlds. Brought up by a Blood Lord and raised to be his assassin, she is little more than a slave. But when Lily meets her match in target Simon DuCaine, the unlikely bond that develops between them threatens to disrupt an already stretched peace in a city on the verge of being torn apart…