Fantasy Interview: Justin Gustainis, author of Sympathy For the Devil

Interview: Justin Gustainis, author of Sympathy For the Devil

I recently asked Justin Gustainis, author of the Morris and Chastain Investigations series, and the brand new Occult Crimes Unit Investigation series, to answer a few questions for me, and he kindly agreed! 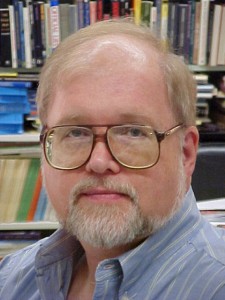 Please welcome Justin to the blog!

Justin, you were a Lieutenant in the US Army, have been a speechwriter, a professional bodyguard, and are now Professor of Communications. Did you always have an interest in writing fiction?
In a sense, yes – but it took me a long time to get serious about it. In high school, I was always writing “novels” featuring my friends. In college, I would sometimes write parodies (especially of the hardboiled genre) which were both incredibly bad and highly vulgar. When I first started in academe, I thought I’d try my hand at writing mystery short stories – “How hard can it be?” I reasoned, in my ignorance. So I wrote a few stories (in retrospect, they sucked) sent them off to the top mystery magazines, and waited for my checks to arrive. Imagine my surprise when I was rejected by everybody. So I said “The hell with it,” and forgot about writing. It was almost another twenty years before I decided to try again – and to put some real effort behind it. 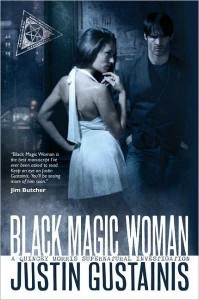 Can you tell us a bit about your Morris and Chastain series?
Quincey Morris is the great-great-grandson of the man by the same name who died near the end of Stoker’s Dracula. Even though Quincey courted Lucy Westenra in the novel, my conceit is that he was married earlier, in Texas, to a woman who died in childbirth. The baby survived, to become the next link in the chain of Morrises that leads to my hero. Libby Chastain is a “white” witch (that is, a Wiccan practitioner of white magic). She used to be a consultant whom Quincey would call upon as needed, but she seems to have reached the unspoken status of partner now (that is, business partner – Quincey and Libby aren’t lovers). So Quincey and Libby travel America doing battle with supernatural evil wherever they find it. They’ve saved each other’s lives several times, and probably will again.

Sympathy for the Devil, book 3 in the Morris and Chastain series just came out. Are there plans for more? 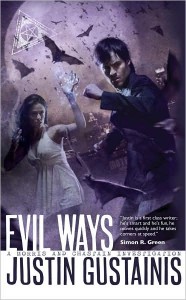 In Sympathy for the Devil, we find Senator Howard Stark, who is secretly possessed by the demon Sargatanas, running for President of the U.S. Stark was a “dark horse” candidate at first, but his competitors for the nomination have been falling by the wayside, the victims of “accidents,” suicide, and scandal. If Stark is elected, the (literally) diabolical plan is for him to use the powers of the office to destroy the world (they don’t like humanity much, down there in Hell). Quincey and Libby have found out what’s going on, and are determined to stop it. Their only obstacles are the dedicated agents of the U.S. Secret Service, and all the power of Hell itself.

As for a fourth book in the series, I have plans, but I’m not sure if the publisher does. I was told they were going to see how SFTD sells. If there is a fourth book, it’ll be called Play with Fire – I figured since Santana got two titles, the Stones should have a couple, as well.

I’m really excited about your other new release, Hard Spell. Is this the first of a planned series?
It’s the first in a series of urban fantasy novels set in an “alternate” Scranton, PA. In this universe, the supernatural is real – and everybody knows it. Supernatural creatures have the same rights as anyone else. But even “supes” break the law, sometimes – and when they do, Detective Sgt. Stan Markowski of the Occult Crimes Unit is the man they call. 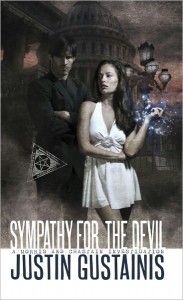 What are some of your biggest literary influences?
Since I usually write paranormal mysteries (or occult detective stories, if you will), I can trace my literary roots to two different branches of the tree. On the mystery side, there’s Raymond Chandler, John D. MacDonald, Ross Thomas, Thomas Harris, and Thomas Perry. On the dark fantasy side, I’d have to name Kim Newman, Harlan Ellison, and the Man himself, Stephen King.

What made you decide to write in the noir/urban fantasy genre, as opposed to other genres, and what do you enjoy the most about it?
I’m writing what I like to read. I buy every new urban fantasy novel as it comes out. My TBR pile is a whole room. I like the idea of taking the mystery outside the boundaries of where traditional mystery stories usually go. I mean, what would Sherlock Holmes have done if the hound of the Baskervilles was an actual hellhound, or if the Sussex vampire was real? My writing is my own way of finding out the answer. 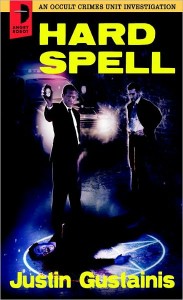 When you’re not writing and teaching, what do you like to do in your free time?
“Free time?” What is this “free time” you refer to, Earthling?

Is there any other news of upcoming events or projects that you’d like to share?
I’m working on the second book in what I call the “Haunted Scranton” series, Evil Dark. I have a contract for one more book after that, then we’ll see. As for Quincey and Libby, that’s up to the publisher, as I said.

Oh, and I had a Hollywood producer express interest in Sympathy for the Devil the other day. That kind of things happens sometimes, and nothing ever comes of it. After all, as they say in Hollywood, “We blow more smoke up your ass before 9:00 a.m. than most people do all day.”

But if it does, I’m gonna get me a gold chain, some Oakley sunglasses, and learn how to “take a meeting.”