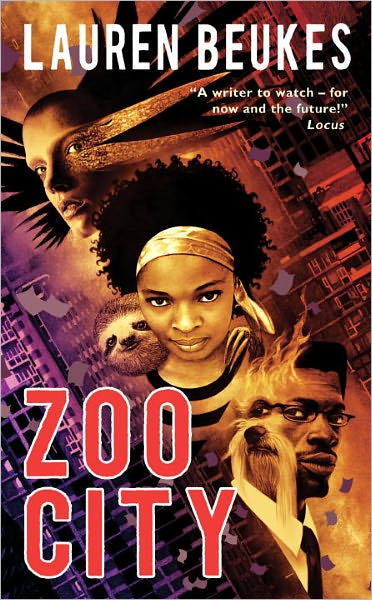 Synopsis
WHERE NO ONE ELSE DARE VENTURE…
Zinzi has a Sloth on her back, a dirty online 419 scam habit – and a talent for finding lost things. But when her latest client, a little old lady, turns up dead and the cops confiscate her lastpaycheck, she’s forced to take on her least favourite kind of job: missing persons

Zinzi December is a finder of lost things (mashavi), in a look at an alternate Johannesburg seething with magic and rotting from within. Zinzi is also one of the animalled, with a spirit sloth constantly at her side. Having a spirit animal is the mark of a criminal, and in some places, like China, zoos are executed. Zinzi also has drug debts that she’s paying off by running email scams. It’s a precarious life, at best, and for Zinzi, it’s about to get worse, much worse.Zinzi is hired by an elderly woman to find a ring that she’s lost down a drain, but on her way to take the ring to her, Zinzi feels the connection between the ring and its owner snap. She’s hired by Amira and Mark (both odd and animalled), to find a missing person while waiting at the scene of the woman’s murder. She doesn’t normally take missing persons jobs, but after losing out on her fee for finding the ring, and being interrogated by the police concerning the murder, Zinzi is desperate for cash. Accepting this job may be more trouble than she thought, when she finds out the missing person in question is the girl half of the twin teen pop sensation iJusi.

Zoo City is written in Zinzi’s POV, and her voice, cynical and lifeworn, gives the story an immediate feel. Zinzi lives in a squatter refuge, in a neighborhood where gang wars and the sound of automatic gunfire in the streets is not an unusual thing. The animalled are treated like lepers, and the animals are considered to be physical manifestations of their sins, or in some circles, witch’s familiars. She begins the investigation into the missing singer thinking that the 15 year old just wanted to escape the demands of her fame and her producer, but Zinzi begins to realize that there is much more to the disappearance that what it first seems, and when bodies start turning up, and she starts getting emails from the dead, Zinzi becomes increasingly convinced that something very dark is at work. I stayed up very late finishing Zoo City. The first quarter or so does some setting up for Zinzi’s story and her environment, but once you hit the second half, things go into overdrive, and you won’t want to put it down. Zoo City is not for the faint of heart. There is murder and the darkest kinds of magic, some of it involving kids. You’ll find nothing gratuitous here, but there are some disturbing scenes (nothing sexual). The author’s descriptive talent is nothing short of awesome, and there are some parts that are absolutely terrifying. Ms. Beukes doesn’t give all of her characters happy endings, and sometimes the heroine doesn’t save the day. Zinzi is a damaged woman, and she manages to alienate nearly everyone around her, but she has a good heart, and her desire to see this girl safe is her driving force. She’s also an addict, and at times her weaknesses threaten to consume her. I was fascinated with the lore of the animalled, and the idea of symbiotic spirit animals (if you’re an animal lover, you will too), and I loved the “articles” that were interspersed with the chapters , providing info about the “zoos”, and also insight into the alternate, near future South Africa in which Zoo City takes place. Dark, fascinating, beautifully told, and at times disturbing, Zoo City will please fans of Urban Fantasy with a healthy dose of the dark and the weird.