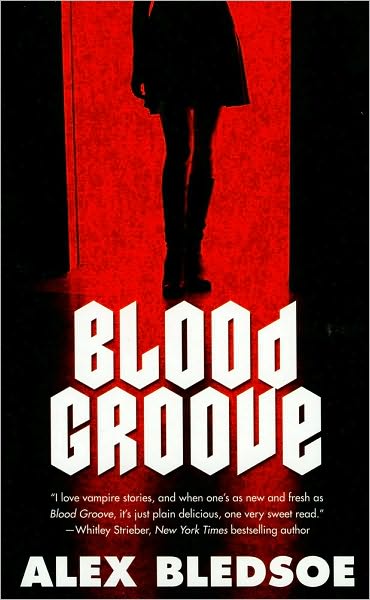 Synopsis
When centuries-old vampire Baron Rudolfo Zginski was staked in Wales in 1915, the last thing he expected was to reawaken in Memphis, Tennessee, sixty years later. Reborn into a new world of simmering racial tensions, the cunning nosferatu realizes he must adapt quickly if he is to survive.Finding willing victims is easy, as Zginski possesses all the powers of the undead, including the ability to sexually enslave anyone he chooses. Hoping to learn how his kind copes with this bizarre new era, Zginski tracks down a nest of teenage vampires. But these young vampires have little knowledge of their true nature, having learned most of what they know from movies like Blacula.
Forming an uneasy alliance with the young vampires, Zginski begins to teach them the truth about their powers. They must learn quickly, for there’s a new drug on the street—a drug created to specifically target and destroy vampires. As Zginski and his allies track the drug to its source, they may unwittingly be stepping into a fifty-year-old trap that can destroy them all . . .


MY REVIEW
Blood Groove was such a blast! This was my first Alex Bledsoe book, and it’s definitely made me a fan. Blood Groove takes place in 1975 Memphis, amidst racial tension, groovy tunes, and hot, sticky, southern grit. Baron Rudolfo Zginski finds himself in a Memphis morgue after the (very unlucky) pathologist yanks the cross out that’s been stuck in his heart for 60 years. After a nice meal, he heads out into the Memphis night. Meanwhile, we get to know a group of rather ill kempt “young” vamps that are living in a rundown warehouse in the sticks. The standout in the group is Fauvette, perpetually 14, turned when she was a virgin, what seems like a lifetime ago. The details of her death and subsequent turning are heartwrenching, to say the least, and Fauvette longs for true death, even if she can’t bring herself to meet the sun. She hates what she’s become and the habits of her housemates horrify her more and more every day. I’ll be honest, they’re a rather gross bunch, and if you have a sensitive stomach, you may find yourself covering your eyes (you’ll be peeking though, I promise). Weaned on movies like Blacula, and vamp lore, these young vamps live in ignorance of their true natures, and what they can become. That’s where Baron Zginski comes in. He discovers Fauvette in an alley after she’s forced herself to feed, and is inexplicably drawn to her, and you will be too, because the real star of this novel is Fauvette. She gets a rough start, but as Zginski brings her out of her shell, and shows her the truth of her kind, her inner beauty begins to shine through, and acceptance with what she is, and who she is, is inevitable and wonderful to witness. Fauvette begins to rub off on the arrogant Zginski, and he begins to realize that he’s lost some of his humanity and empathy. The Baron is not charming, he doesn’t sparkle, and he’s horrified at the fact that woman and non-whites have the same rights as everyone else does. He’s most definitely an anti-hero, and frankly, at times I wanted to smack him, but then again, he came to maturity at a time when things were very, very different, so you can see how he might be puzzled at the new state of things, even if you don’t condone it.

Blood Groove is not for the faint of heart. The focus is on Fauvette’s group, but it also follows the coroner as she tries to get to the bottom of the mysterious death of one of the vamp gang. Zginski is hot on the trail of this new drug too, since it could threaten his kind’s very existence. There are some truly horrifying and tragic moments, as well as plenty of sex, blood, and violence. This is horror at its best, and it’s unflinching, but never gratuitous. If you enjoy quality horror, with writing that crackles off the page and doesn’t let up, you’re gonna love Blood Groove.