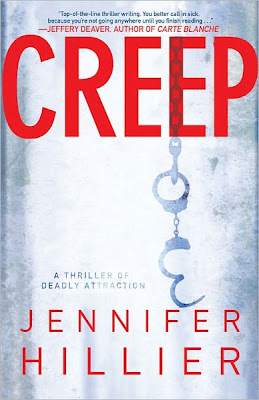 
Synopsis (from BN.com)
If he can’t have her . . .
Dr. Sheila Tao is a professor of psychology. An expert in human behavior. And when she began an affair with sexy, charming graduate student Ethan Wolfe, she knew she was playing with fire. Consumed by lust when they were together, riddled with guilt when they weren’t, she knows the three-month fling with her teaching assistant has to end. After all, she’s finally engaged to a kind and loving investment banker who adores her, and she’s taking control of her life. But when she attempts to end the affair, Ethan Wolfe won’t let her walk away.
. . . no one else can.

Ethan has plans for Sheila, plans that involve posting a sex video that would surely get her fired and destroy her prestigious career. Plans to make her pay for rejecting him. And as she attempts to counter his every threatening move without her colleagues or her fiancé discovering her most intimate secrets, a shattering crime rocks Puget Sound State University: a female student, a star athlete, is found stabbed to death. Someone is raising the stakes of violence, sex, and blackmail . . . and before she knows it, Sheila is caught in a terrifying cat-and-mouse game with the lover she couldn’t resist—who is now the monster who won’t let her go.


MY REVIEW
Dr. Sheila Tao has a problem. She’s to be married soon to a wonderful man, yet she’s been having a steamy affair with her sexy teaching assistant, Ethan Wolfe. When she attempts to break off the affair, Ethan becomes extremely agitated, threatening her with footage of a supposed sex video of the two of them. Sheila has no idea of the depth of Ethan’s depravity and watches as her world starts to fall apart around her, and finds out just how appropriate Ethan’s last name may be. However, Sheila has some secrets of her own, and has struggled for years to come to terms with a past that continues to haunt her, thinking that her relationship with her new fiancé was just the kind of thing she needed to break out of the vicious cycle that her sex life used to be. She quickly realizes that Ethan Wolfe was a very, very costly mistake, and when she calls off the wedding suddenly and disappears, it’s a race against time for her fiancé in a game of cat and mouse that could ultimately cost Sheila her life.
I had a great time with this book. It’s been a while since I’ve read a really good thriller, and Creep certainly fit the bill. Ethan Wolfe is as twisted as they come, and I really enjoyed the tension between captive and captor as Sheila desperately tries to get through to him in an effort to save her own life. It’s a frantic race against time as Sheila’s fiancé Morris, and the PI he hires to help, follow the winding trail of deceipt and murder that Ethan has left in his wake in order to save Sheila from a gruesome fate. The author really knows how to keep the tension humming, and creates a sense of urgency that will keep you breathlessly turning the pages all the way to the shocking climax! If you like authors such as Chelsea Cain and J.A. Konrath, you’ll love this exciting debut thriller from an author to watch!