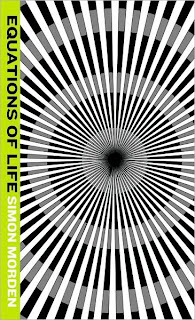 Samuil Petrovitch is a survivor.He survived the nuclear fallout in St. Petersburg and hid in the London Metrozone – the last city in England. He’s lived this long because he’s a man of rules and logic.
For example, getting involved = a bad idea.But when he stumbles into a kidnapping in progress, he acts without even thinking. Before he can stop himself, he’s saved the daughter of the most dangerous man in London.
And clearly saving the girl = getting involved.
Now, the equation of Petrovitch’s life is looking increasingly complex.Russian mobsters + Yakuza + something called the New Machine Jihad = one dead Petrovitch.
But Petrovitch has a plan – he always has a plan – he’s just not sure it’s a good one.

In a postapocalyptic London, Samuil Petrovitch is just trying to keep his head down when he stumbles upon a kidnapping attempt on the daughter of a Japanese tycoon (and head mobster). Deciding to rescue the girl is certainly not the way to keep a low profile, but something inspires Sam to act, and as a result, he’s brought into a vast conspiracy that threatens his entire existence. During his adventure, Sam will capture the heart of an Amazon nun packing heat (Maddy), attract the attention of a cop with his own agenda (Chain), befriend a Russian mob boss (Marchenkho) looking to increase his territory, and come in contact with an AI intelligence that may have the power to destroy the entire city.
Equations of Life was so much fun! Sam has a subtle snark that really works with this type of story, and the author surrounds him with a fun cast of characters and a fascinating metropolis in which to flex his intellectual and physical muscle. The action is slick and nonstop, and Sam is a hero with a secret, but a hero to root for nonetheless. He is not indestructible,and in fact has a weakness that could eventually prove to be fatal. I loved the unique setting and the wit and humor that infused the story. There are some memorable action scenes, one in particular that has Sam trying to teach Maddy how to drive a car (a standard, no less), while AI controlled mechanical monsters rain destruction down all around them. That one made me laugh and had me on the edge of my seat! Equations of Life is a wonderful start to what looks to be a fun, sci-fi series!
Purchase Equations of Life:  Amazon

| Barnes and Noble
*Visit the author at his website
*Read my interview with Simon!