Please welcome E.J. Newman to the blog today! E.J. is the author of the upcoming 20 Years Later, the anthology From Dark Places, and much more! She was kind enough to answer a few of my questions about Dystopian fiction and 20 Years Later. 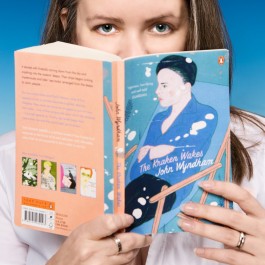 Can you tell us a bit about your new dystopian novel, 20 Years Later?
20 Years Later is the first in a trilogy and is more post-apocalyptic than dystopian, but has elements of the dystopian genre in it. The two are often tangled; usually a dystopian society is caused by an apocalyptic event.

But anyway, 20 Years Later is set in London twenty years after almost everyone was called by something the survivors only refer to as ‘It’. The city is divided into territories run by gangs and is a dangerous place to live. Amongst the dust and bones, an extraordinary friendship develops between Zane, Titus and Erin, three teenagers who come from very different backgrounds, when Titus’s sister is kidnapped by one of the more secretive gangs. As they search for her, they meet Eve and discover a dark secret beneath London.

My publisher’s blurb says it much better than I can!” LONDON, 2012: It arrives and with that the world is changed into an unending graveyard littered with the bones, wreckage, and memories of a dead past, gone forever. LONDON, 2032: Twenty years later, out of the ashes, a new world begins to rise, a place ruled by both loyalty and fear, and where the quest to be the first to regain lost knowledge is an ongoing battle for power. A place where laws are made and enforced by roving gangs—the Bloomsbury Boys, the Gardners, the Red Lady’s Gang—who rule the streets and will do anything to protect their own. THE FOUR: Zane, Titus, Erin, Eve. Living in this new world, they discover that they have abilities never before seen. And little do they know that as they search post-apocalyptic London for Titus’ kidnapped sister that they’ll uncover the secret of It, and bring about a reckoning with the forces that almost destroyed all of humanity.” 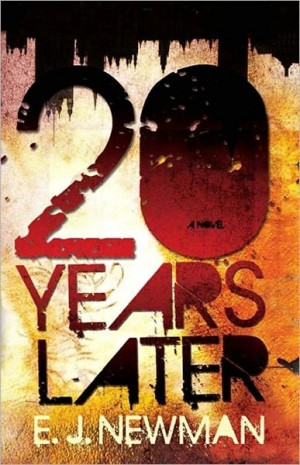 Who was your favorite character to write in 20 Years Later?
That’s a tough question. I enjoyed writing about the world from Zane’s perspective as he has been overprotected by his mother and is incredibly naïve. It was fun to navigate a harsh post-apocalyptic London through his innocent view of it all. Then again, I love Titus and I have to admit that I enjoyed writing the Red Lady’s scenes a great deal. She’s one of the gang leaders and is a very manipulative and powerful woman.

If 20 Years Later were made into a film, and you could cast it, who would you like to play the four main characters: Zane, Titus, Erin, and Eve?
You know, I’ve been wracking my brains to try and answer this question and I can’t. For one thing, they would have to be played by teens and there aren’t many teen actors I can call to mind as being a perfect fit. I think that Haley Joel Osment would have played a terrific Titus, but he’ll be too old now. Hmm, maybe I should run a competition to ask readers to suggest a cast for me instead!

Why do you think Dystopian, or Post-Apocalyptic fiction has become so popular recently?
I think it’s a cyclical thing, these genres go through periods of resurgence and we’re simply in another one. I grew up during the last cycle of popularity in the 80’s, when it was a reaction to the fear of nuclear war and the cold war. But go back earlier and you see a flurry in the forties and fifties, which were perhaps a reaction to the second world war and the worries of the time.

I think we all know, deep down, that the society in which we live is incredibly fragile. We are so dependent on huge infrastructures that would collapse very easily under certain conditions, and I think post-apocalyptic fiction is a way of exploring these deep fears whilst still being safe and sound in our little houses and stable, boring lives. I wonder if there is also an appeal in reading about heroes surviving and triumphing in terrible circumstances because those are so far away from our everyday concerns. Fighting for food or trying to topple a dictatorial regime can seem more glamourous than the grind of homework and exam worries and paying the bills. In fact, it would be absolutely awful of course.

Did you always plan on being a writer?
The word ‘plan’ suggests that it was a conscious decision. It wasn’t really, as soon as I could write words, I was writing stories. My grandmother’s favourite story about me says it all; I was working very intently at her kitchen table and she asked what I was doing. “Writing a story Nana,” I replied. I was four years old and never stopped writing until I was seventeen and wrote a short story that got me my place at university. Then I got horrendous writer’s block – so deep I didn’t even realise it was that – for ten years. Then I started writing again and well, here we are.I feel that writing is the best sum of my parts. I’ve had all kinds of weird and terrible experiences, like most people, and I have tried all kinds of careers, from designer dressmaking to user interface design, but nothing fulfills me like writing fiction does. In fact, if there is something bothering me, I have to sit down and write about it – I can barely order my thoughts until they are laid out in text form.So, yes, I suppose a deep part of myself always planned on being a writer. 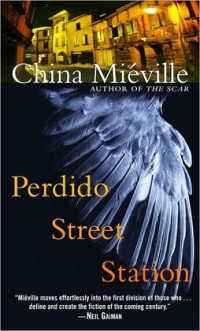 What are some of your literary favorites?
Oooh, now there’s a question. I’ll leave some of my favourites for the next one, but other books I love are Shogun by James Clavell, A Fraction of the Whole by Steve Toltz and Perdido Street Station by China Miéville (who I also have an embarrassingly large crush on). I also love Ray Bradbury’s short stories.

For someone just starting to read in the genre, do you have any suggestions (besides 20 Years Later, of course!)?
If it’s the dystopian genre that you want to explore, I would suggest starting with 1984, it is superlative and I re-read it every few years. Another dystopian classic is Fahrenheit 451 by Ray Bradbury. If it’s post-apocalypse books that you’re looking for, some of my all-time favourites are Day of the Triffids and The Kraken Wakes, both by John Wyndham (whose name I have to look up every time as it’s so hard to spell correctly). In terms of YA books in particular, there is, of course The Hunger Games and I am about to start reading Ashes, Ashes by Jo Treggiari that I’ve been looking forward to for ages (post-apocalyptic New York).The first book that made me fall in love with the post-apocalyptic genre was called “Empty World” by John Christopher (I think). We read it at school and I have some vivid memories of it, even though I haven’t read it for over twenty years. I’ve just ordered a copy (it’s out of print so you have to hunt for it) and can’t wait to re-read it.

When you’re not writing, how do you like to spend your free time?
I had to read that question several times, it’s hard to understand… Only joking; I don’t, in all honesty, have a great deal of free time. I write as you know, but I am also an audio book narrator, the main breadwinner for my family and I have a four year old son. I work, on average, 12-14 hour days juggling all of these responsibilities and commitments, but I wouldn’t have it any other way. It’s taken a lot of hard work and sacrifices to be in the position I am now. When my husband does convince me to stop and have a rest, my favourite hobbies are roleplaying (big shout-out to the fellow rpg geeks out there), reading and playing on the Xbox. I am counting the days till the release of Skyrim as I loved Oblivion, though I only get to play very immersive games like that when I have bad colds or the flu and am too ill to work!
Keep up with Emma: Website | Twitter