The Urban Fantasy portion of My Favorite Things is moving right along, and today I have the lovely Vicki Pettersson on the blog. Vicki is the author of the awesome Signs of the Zodiac series, and she’s been generous enough to offer 2 books for giveaway! Two lucky winners will get a copy of The Scent of Shadows or Cheat the Grave (First prize winner will get first pick). Please see giveaway details at the end of the post.

Don’t forget to check out the My Favorite Things Event Schedule to see what’s going on here and at Candace’s Book Blog!

Vicki, I’m so excited to have you here on the blog today! I’ve been a fan of yours from the beginning, and when you agreed to do this interview, I have to admit a “squeee” of joy was involved on my end!
Then we’ve been through a lot together, haven’t we? Six books – a long journey for Joanna Archer – and, if you’re like me, you’ve felt every bump and bruise along the way. Thanks for reading on (especially after CITY OF SOULS … I know that was a beast to write and read). 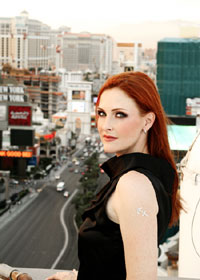 The Zodiac series is hands down one of my all time favorite urban fantasy series! It recently came to an end with The Neon Graveyard, which, while I was sad that the series ended, it was an amazing finale to a superb series! When you started the Zodiac series, did you have a vague idea how many books you’d like to do, or did you just plan to see where the series takes you? 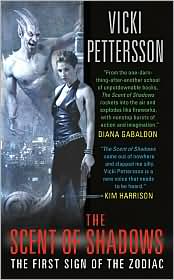 I knew for certain there’d be more than the initial three I was contracted for, but beyond that I always maintained that my main protagonist, Joanna, would determine when the series was over. She has moved from one distinct place in her life to another throughout these six books, and is forever changed (ironically, both harder and softer than she was in THE SCENT OF SHADOWS) though not in ways she, or I, could have foretold. So it was a pleasure to write her, but now it’s time to say goodbye.

Your next series, Celestial Blues, debuts next year, and sounds really exciting! A supernatural private eye and a rockabilly reporter? I’m there! Is there a debut month set yet?
Thank you! I’ve got major mindspin regarding these characters right now, and I can’t wait to share them with you. The Celestial Blues series will be released a bit faster than the Zodiac books were – one every nine months instead of one a year, so we’re looking at spring 2012 for the first in the series, with all three books being released in the next two years.

You recently decided to take weekends off. Have you noticed a change in your stress level when writing because of that? 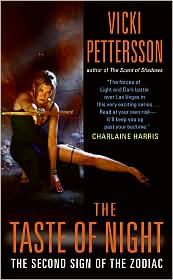 Significantly! Kim Harrison advised it years ago, when my first book came out, but I simply couldn’t let go. I never felt I was far enough in the work, and maybe that’s common with new authors. More recently, however, I’ve come to the realization that blocking off personal time the same way I block of work time actually makes me more productive. I also realized I don’t want writing to be my greatest defining role. I love my Better Half, James. I love being a mother. I love reading, and experiencing the world from places other than behind a computer screen. So while I’m still not quite as balanced as I’d like to be (I’d really love to take a whole day off each month just to read for twenty-four hours straight – the luxury!) it’s much better than it used to be.

When you’re not writing, you do a lot of physical activity, and have tried everything from running to ballet! You’re latest endeavor is Bikram yoga, which I’ve heard is very challenging! What’s next? 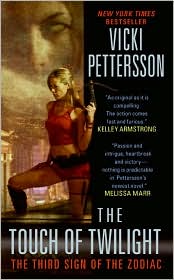 I’m often told by those around me that one of my more endearing personality quirks **koff** is not valuing an activity unless it’s hard. It has to be difficult in order for me to think it’s worth it. This, I think, is not a compliment. So I’m working on it, but one thing I’ll never stop doing is learning, and physical activity has taught me a great deal about who I am at different times in my life. Bikram is great because brings together my dance background, my natural flexibility, and my odd compulsion to be yelled at by a well-meaning but slightly obsessed individual in order to grow stronger. I like it.Next up, I want to get back into tennis – maybe play some dubs (doubles), and I’d like to learn to swing dance too. This is, of course, a direct result of my rockabilly research. Life influences art influences life, and so on.

I read you’re a Killers fan (LOVE them and they’re all kinds of Vegas cool). Who else is on your playlist? 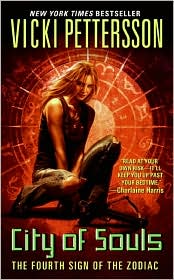 I go on kicks where I listen to nothing but the same artist again and again. Right now I’m on an Adele kick. Lots of female artists on my playlist: Sara Barielles, KT Tunstall, Ani DiFranco (still!). I can’t listen to music while I’m writing, though, so I can literally listen to the same artist for months. It sounds boring, and it probably is, but it’s just one more way I control my environment so I can create chaos in my mind.

Name something that makes you laugh out loud.
My child, the kid formerly known as the Lil’ Bit – no longer so little – now known as my Unreliable Narrator. I was crap at keeping up the baby book, but I write down funny phrases and questions and thoughts that I intend to pull out come graduation, or some other important impending and embarrassing future event. I was just told the other day to, “Stop staying that! You’re making me boring!” Oh, and apparently I’m also a midget … because I’ve stopped growing. So, yeah. I love being a mom. It gives me joy everyday.

Is there a guilty pleasure you’d be willing to share (or admit to)? 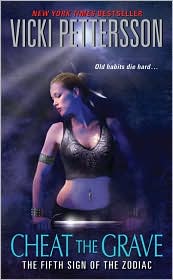 My current addiction is to the tv series Damages. I’m late to it, and playing catch-up on iTunes, but I’m told that I scream expletives at the screen at the end of every episode, moan that the creators are stringing me along, and then start striking the inside of my arm crying, “Give me more story!” Mind, I remember none of this and come-to being restrained by James, and mewling Glenn Close’s name. It’s all very disturbing, but I’m willing to suffer black-outs for those amazing, gut-punch plot twists. 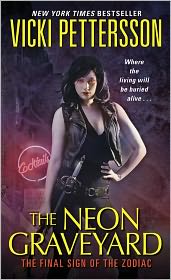 You must be angling for a bit of dish on the Celestial Blues trilogy … and I’m happy to give it! A hardboiled fantasy series with dual protagonists, Celestial Blues follows Griffin Shaw, an old-fashioned angel who is essentially a celestial PI, and Katherine ‘Kit’ Craig, a contemporary mortal reporter with a real nose for trouble. Working together, this unlikely team fights to uncover the truth behind some of Las Vegas’s most notorious crimes, as well as the greatest mystery of Grif’s afterlife: Who killed him fifty years earlier? That’s the quick and dirty version, and all I can add is that I can’t wait for this one to hit the shelves.
Visit Vicki at her website