Kristin •May 20, 2011Paranormal
Today I turn the blog over to Amanda Alvarez, author of the paranormal romance, Hunting Human. She’s here to talk about why she writes PNR, and be sure to check out her giveaway!

Please welcome Amanda to the blog!

How I Started Writing Paranormal Romance 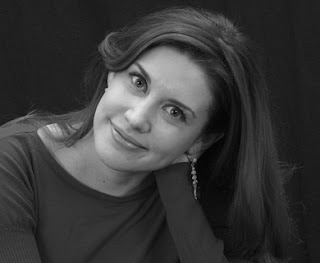 So, I’ll fess up. I used to be one of those people. You know the ones. The one’s that said, “ewww, romance.” I read real books. Books with substance. Books with plot. Books with characters that did more than have sex. Summed up succinctly I was an ignorant little snot who based her opinion on old Fabio covers and stereotypes. Fortunately, things changed and one day I finally did what so many fellow readers had encouraged me to do, I picked up a romance novel.

So what changed? Well, to be honest I went to law school. If there’s any one thing you do ad nauseum in law school it’s read. I spent so much of my time reading on heavy topics that I had absolutely no desire to read anything even remotely challenging in my free time. The problem was I loved to read. I always had. I often read when I needed an escape, a break, or just an adventure that took me away from real life for a few hours. So when I started to complain about not knowing what to read, my mother sent me a couple of romance books. I was shocked to find that romance books are so very often so much more than romance stories. There were thrillers, paranormals, mysteries… it suddenly felt like a whole new world of reading opened up to me.
I read voraciously throughout the rest of my law school career. I tore through novels – sometimes three or four a week. So it shouldn’t be any great surprise that when I decided to write a novel, a romance novel was my first choice. The decision to write a paranormal romance was an equally easy decision. While romance hadn’t always held an interest for me, special abilities, be they in the form of mutants, werewolves, psychics or superheroes always had. 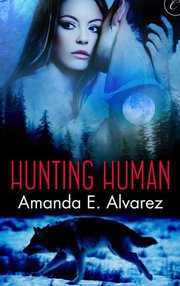 I admit it. I’m a dork, and a bit of a ten year old boy at heart. I’ve always had a fascination with all things superhero. What wasn’t to like? These people had powers and abilities that made them interesting and different and oh-so-cool. Who wouldn’t want a superpower? As a writer I get to try on different powers, walk around in them, test them out. Determine what limitations and what consequences they pose. And because I’m not ten anymore I get to explore issues like what would a character do with a power? How would they live with it? How would they use it? Would they own it, or would it own them? These questions fascinated me. And I think they probably fascinate a lot of other people too because at the end of the day I think just about everybody wonders what it would feel like to be extraordinary, what it would feel like to be powerful.

Those were all issues I wanted to explore in my first book. I really wanted to take the paranormal genre and turn it around and examine it from the human side of things, rather than from the supernatural side. I had a lot of fun thinking about everyday implications of being a werewolf, and ultimately I decided that being a werewolf was on par with being gifted. Sure, these characters had abilities. But what they chose to do with those abilities came entirely from their human selves. This was a book about people. People under extraordinary circumstances with extraordinary abilities? Yes. But still, they were people.
And you know? I don’t think I’m done exploring this theme yet. I’m still fascinated by what people would chose do, how they’d use an ability. How they’d react to it. I see endless possibilities. Endless roads to travel. First with the series that Hunting Human introduces and later with other, less defined projects. But you know what I don’t see? I don’t see myself leaving romance or the paranormal behind. I love it too much. I enjoy exploring it too much. I’m beyond grateful that my snot-nosed self of several years ago finally looked past the stereotypes and discovered a genre that’s been a spectacular source of fun.
About Hunting Human:
For two years, Beth Williams has run from the past, and the beast that dwells inside her. She is haunted by memories of being kidnapped and the savage attack that killed her best friend. Now Beth finally thinks she’s ready to move on…with Braden Edwards, a charming, irresistibly sexy man who tempts Beth to embrace the present.
But the past lurks closer than Beth realizes. Markko Bolvek, one of the werewolves who kidnapped her, has tracked her to Portland, Oregon, his pursuit fueled by a hunger for vengeance. Only Braden, a werewolf himself, senses the danger shadowing her steps. The Edwards and Bolveks have been enemies for centuries—and despite the instant connection he feels with Beth, Braden isn’t sure which side of the war she’s on.
With suspicion at odds with their attraction, Beth and Braden must learn to trust one another to stop Markko for good. Can Beth accept the wolf within—and love a man who embodies everything she fears?
READ THE FIRST CHAPTER HERE
About the Author:
Amanda was born and raised in Texas – and due to an unfortunate three year stint in Michigan – doesn’t plan to ever live anywhere where flip-flops and sweatshirts don’t constitute winter attire. Often audacious and adventurous, she tends to find herself in a slew of dangerous (and hilarious!) predicaments (law school and fighting raccoons in dumpsters) and thankfully has many friends ready to lend aid (while they laugh.) When not lawyering, writing, or thinking about going to the gym Amanda is often caught sampling local cupcake offerings and planning to someday co-open an evil bakery and sell dastardly desserts. She currently lives in Dallas, Texas with one regular-sized cat and one jumbo-sized cat, and can be seen writing in public places frequented by hot guys (strictly for research purposes, of course!) with her friends and fellow writers Killer-Cupcake and Pantherista (names omitted to protect the not-so-innocent).
Amanda can be found: On Facebook; On the Web; On Twitter
My Month of May Giveaway!
During the month of May I’m doing several guest blogs/interviews. So I thought I’d have a contest! So, stop by any of my guest blogs during the month of May, leave a comment with your e-mail address and I’ll enter you to win a 20$ Amazon or Barnes and Noble gift card. I’ll post where I’m guest blogging on my Facebook Page and on Twitter. I’ll also enter everyone who “likes” my Facebook Page. The contest closes on May 31st at Midnight CST. I’ll announce the winner on Facebook, Twitter and via e-mail on May 3rd.