Interview and Giveaway with Andrew Smith!

Kristin •April 27, 2011Fantasy, Horror, Suspense, Young Adult
Please welcome the awesome Andrew Smith to the blog today!
Andrew is the author of Ghost Medicine, In the Path of Falling Objects, The Marbury Lens, and the upcoming Stick.
I also have a copy of The Marbury Lens up for grabs for one lucky winner!
See giveaway details at the end of this post. 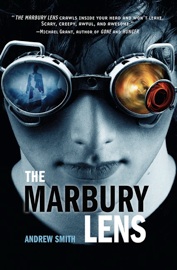 For those that haven’t read The Marbury Lens, can you tell us a bit about it?
The Marbury Lens is a novel about the effects of a very traumatizing experience – a kidnapping at the hands of a sexual predator – on a teen named Jack Whitmore. He becomes an unwilling traveler in a back-and-forth journey between this world and another, brutally hellish place called Marbury. Whether or not Jack’s journey is real is something he – and the readers – have to figure out.
Was there any particular inspiration for The Marbury Lens? Any particular authors or novels that inspired you?
All of my novels have a lot to do with my own experiences. I’ll leave it at that. And none of my novels draw inspiration, I believe, from other works, although there are a number of authors whose craft with storytelling and language I find inspiring. In the end, though, I can only write like myself. 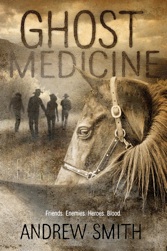 The Marbury Lens is certainly a departure from your first two novels, Ghost Medicine and In the Path of Falling Objects. What made you decide to go more in the direction of fantasy?
Everything I write is completely different from my other work. I’ve never wanted to be stuck into churning out predictable stories that all exist within the same constrained borders. I think that’s evident not just with my characters and storylines, but with the conventions I use when telling those stories, as well.And whether The Marbury Lens gets into the territory of fantasy is debatable, I suppose. My intent was to write something that tested comfort and complacency among readers. I wanted to shake people up a bit, maybe scare them, and get them to take a step inside Jack’s world and his head. In that regard, I think the book is more a kind of inner-journey through psychology as opposed to an outer-journey into some fantastic, otherworldly realm.
The Marbury Lens has an amazing cover! Do you have any input in your book covers?
I like to think I have been included and asked for input on pretty much every aspect of the delivery of my work in published form. I have never had any significant issues with the cover art for my books. Each cover I’ve ever been shown for the purpose of asking what I thought ahead of time has totally blown me away. This is especially true with the covers of The Marbury Lens and my next novel, Stick, which has an amazing cover. Both of these beauties were designed by Rich Deas, creative director for Feiwel and Friends/Macmillan.
Did you always want to be a writer?
I have always written things down, as long as I can remember. But when I think about “being” a writer, I often think of the negative things that I do not like about the common perception of what that means. And I also don’t like the way that most writers “be” writers, either.Saying that, though, I would like to add that I am frequently asked questions that go something like this: If you weren’t a writer, what would you be doing with your time?…and I kind of don’t understand that type of question. What I’d be doing is exactly what I am doing right now, which has always been exactly what I want to do. I don’t understand the lives of people who feel like they’re stuck into doing things, or “being” people that are unwanted traps.Quit it, you big dummies.
What were some of your favorite authors as a child? 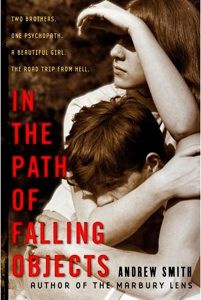 I think the only “kids’” book I read when I was young was Where the Red Fern Grows, by Wilson Rawls. I liked that book very much. But when I was a kid, I read a lot of Stephen King. I suppose he was my favorite author when I was a young reader.
Any current novels or authors that you particularly like?
This is a tough question, because I don’t like rating authors and their work. But I’ll do something that I’ll probably regret and say this: First of all, I do not read EVERYTHING that gets published, so it’s really impossible for me to make a “bests” list as far as authors and books are concerned. And I’ll usually write off anyone who does as a self-absorbed crackpot who undoubtedly hasn’t read even 5% of what’s out there. This year, most of the stuff I’ve read coming out in 2011 has been exceedingly watered-down and predictable, so I’ve obviously made some bad choices in picking up titles to read. I have read two books so far, however, that I would classify as “Great writing” for 2011 (my own release, for obvious reasons, excluded on the basis of suspect judgment). They are Open Wounds, by Joe Lunievicz, and Purple Daze, by Sherry Shahan. And I’ll freely admit that I am totally unqualified to name these titles as “Bests” of 2011, because I haven’t read nothin’ compared to most readers. (They are damn good writing, though).
Quite a few authors listen to music while they write. Is that something that helps you write, or is there something else that you use for inspiration?
Gah!!!! Noise!!! I require absolute silence and isolation when I write. Let me qualify that by saying that I do love music, and I also write occasional reviews for my friend Alex Green’s magazine Caught in the Carousel. I even do create certain playlists from which I channel in on particular themes and moods for what I’m writing, but I could never, never, never write and listen to music at the same time.It’s part of the reason why I live in the isolated location where I do – no sirens, no traffic noise, no distractions at all. Just the sounds of birds and horses and stuff like that.
When you’re not writing, what do you like to do to unwind?
I am wound pretty tight. But I run in the hills every day, usually about five miles. I like to be at home, in the quiet by the lake. I enjoy traveling with my wife and kids. 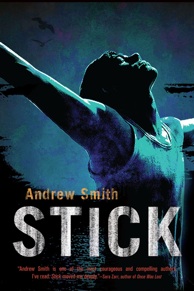 Is there any news you’d like to share about upcoming projects? Maybe some teasers about your upcoming novel, Stick?
Sure. Well, I am always working on something. I have a new novel that is currently being acquired by a publisher, so I can’t give any details about that until the deal is announced. But it is something new, and, predictably, very different. I am also just about finished with another, also previously unmentioned, YA/sci-fi kind of thing that kind of bends genres, which, I suppose, is something that I have a habit of doing. I’m planning on sending that one off to my agent this month, April, 2011.

As far as Stick, well… I can give you this sort-of teaser: I wrote the book as a NaNoWriMo project, in November of 2009. I sent it in to Liz Szabla, my editor at Feiwel and Friends, in December of that year. I still kind of don’t know where that book came from, although it does have a lot of personal experiences in it. It just kind of “spoke” its way out of me. Really fast. Also, although there are some typical Smith-the-downer elements in the book, I think I purposely wrote it as a kind of exorcism of Marbury, which really dragged me into some dark places. I consider Stick to be very positive, hopeful, and uplifting. Of course, others may disagree with that. But I really feel good about the book.

**GIVEAWAY DETAILS**
Giveaway is for one copy of The Marbury Lens by Andrew Smith
Giveaway is open to US/Canada ONLY
Must be at least 13 to enter
TO ENTER: Please fill out THIS FORM!
Comments are welcome but will not count as entries
Giveaway ends May 9th, 2011
Giveaway book generously provided by Macmillan