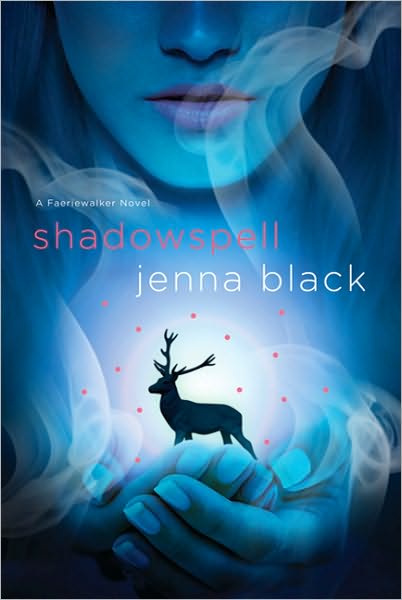 Synopsis:
On top of spending most of her time in a bunkerlike safe house and having her dates hijacked by a formidable Fae bodyguard, Faeriewalker Dana Hathaway is in for some more bad news: the Erlking and his pack of murderous minions known as the Wild Hunt have descended upon Avalon. With his homicidal appetite and immortal powers, the Erlking has long been the nightmare of the Fae realm. A fragile treaty with the Faerie Queen, sealed with a mysterious spell, is the one thing that keeps him from hunting unchecked in Avalon, the only place on Earth where humans and Fae live together. Which means Dana’s in trouble, since it’s common knowledge that the Faerie Queen wants her – and her rare Faeriewalker powers – dead. The smoldering, sexy Erlking’s got his sights set on Dana, but does he only seek to kill her, or does he have something much darker in mind?

MY REVIEW
Life in Avalon isn’t that bad. Dana manages to have fun, even with a constant bodyguard and the constant worry of her father. Ethan has been courting her, and she’s been (reluctantly) letting him. The Wild Hunt is on the rampage in Avalon, and Dana’s father is afraid she may be their new target, so she is kept in lockdown in her father’s compound until he feels the threat has passed. There’s an uneasy truce between her father and mother, and her mother is no longer drinking. After sneaking out to attend her best friend’s birthday party, and enlisting Keane’s help, she finds herself in hot water when she’s caught in the act by Finn, her bodyguard and Keane’s father.However, when the Erlking meets up with them on a shopping trip, things get even hotter. It doesn’t help the situation that Dana is a Faeriewalker, which means that she can walk between Faerie and Avalong, bringing technology into Faerie and magic into Avalon. She’s a hot commodity, and it seems that everyone wants a piece! Now the Erlking wants to use Dana’s magic in a terrible way. When the Erlking kidnaps Ethan, Dana will have to rally her friends around her for a daring rescue that may mean her death!This book was so much fun!
I loved Glimmerglass (Faeriewalker 1), and this one more than measured up! Lots of action and intrigue, as well as a love triangle, adds depth to the story, and Dana learns lots of juicy family secrets, as well! I have to admit on a terrible crush on the Erlking. Trust me on this one. If you think Ethan and Keane are hot, just wait! Yeah, he’s bad, but well, you know how that goes! Sometimes you just can’t resist the bad boys. But I digress…Avalon is a unique setting and serves the story perfectly, and Dana is still one of my favorite characters. If you haven’t started this series, I strongly urge you to do so! Highly recommended!