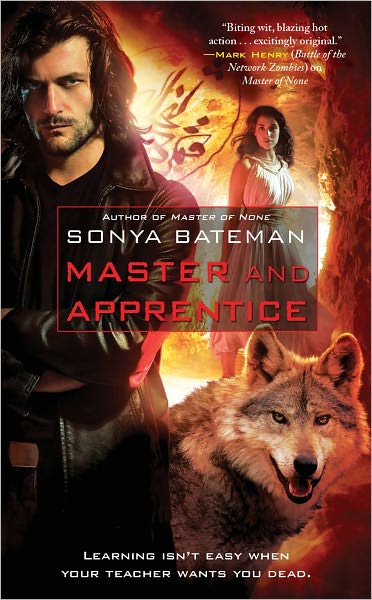 Synopsis
A DEADLY CULT. AN UNBREAKABLE CURSE. THE RULES ARE SIMPLE: LEARN TO KILL . . . OR DIE.
Luck has never been on Gavyn Donatti’s side. Anyone else with magic abilities inherited from a distant genie relative would have it made, but not Donatti, descendant of a cranky, shape-shifting genie named Ian. The prince of a murdered kingdom, consumed with revenge and driven by an unbreakable curse, Ian is determined to hunt down and destroy every last one of his enemies in the power-hungry snake clan—at any cost, including his life. Or Donatti’s.

Obsessed by his own rage, Ian has never really taught Donatti how to use his abilities. So when a powerful cult of magic-users captures Ian’s wife, the princess Akila, and then Ian himself, Donatti is left alone to take on dozens of half-djinn and their mysterious leader with designs on world domination.

Facing an impossible mission, Donatti is forced to turn to an enemy for help—one who claims to know how to unlock his true potential. Trusting a snake might be the last mistake Donatti ever makes—but if he doesn’t learn to wield the power inside him, everyone will pay the ultimate price.

REVIEW  (This review assumes you’ve read Master of None, beware of possible spoilers)
Master and Apprentice picks up a year after Master of None ends, with Gavyn and Ian systematically hunting down and killing members of the Morai tribe, the djinn responsible for wiping out the Dehbei, Ian’s clan. The Morai used humans to slaughter the Dehbei, since djinn cannot directly kill humans. A curse, the ham’tari, was put on Ian. If he doesn’t kill every last one of the Morai, he will suffer greatly. This curse also helps to explain the phenomenal bad luck that Gavyn has suffered from all of his life, as it also effects Ian’s descendents. As Gavyn travels with Ian, he realizes that not all Morai are the same, and starts to wonder just how much he can trust Ian. Then they meet Calvin, a Morai, and a monk, who was not involved in the slaughter, and uses the form of a rather charming raccoon. When Akila, Ian’s wife, is taken by a mysterious cult lead by a Morai bent on using Ian for world domination, Gavyn will have to rely on Calvin to teach him how to use his newfound powers (including transformation with a memorable scene involving his sneaker), and get them out alive.

I LOVED Master of None, but if possible, I liked Master and Apprentice even more. The tone is a bit more serious this time around, but Gavyn is still his snarky self (sarcasm is a serious weapon with this guy), and still retains the moral code that makes him so charming and likeable. Ian begins the novel rigid in his mission, but begins to change when he realizes that things may not be what they seem with the Morai. Calvin is a wonderful addition to the lineup, and Tory is back as well to offer help. I laughed out loud at times, and Ms. Bateman’s writing is better than ever! She also manages to create a rather layered story without things getting confusing, a talent which is greatly appreciated by this reader! She puts poor Ian through the ringer in this book, as well as Gavyn, and I found myself flinching in spots, but nothing is too gory or gratuitous, and just makes getting the bad guys that much more satisfying. Every now and then there are books you wanna hug, and this was that book for me. You know, the one you start babbling about the minute someone gives you an opening? Yeah, you know the ones I’m talking about…
If you haven’t discovered this series, run, don’t walk, to grab yourself a copy of Master of None, and for goodness sake, pre-order Master and Apprentice! It’s that good.