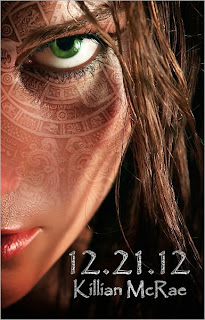 Archaeologist Sheppard Smyth has staked his career as well as the memory of his deceased wife and partner on proving his widely-panned theory: Cleopatra VII, the last ruler of Ancient Egypt, was murdered. When a statue of the doomed Queen is discovered in an Olmec excavation site, Smyth is drawn to Mexico to investigate and, hopefully, find the proof that has evaded him for so long. Soon, he finds himself in the middle of the rivalry between the sexy, bewitching international thief, Victoria Kent, and commanding, ruthless Russian mobster, Dmitri Kronastia.

Both Dmitri and Victoria hold pieces to the puzzle that will finally shed light on Cleopatra’s death. As Shep is drawn further into their world of ancient gods, supernatural powers, and alternative history, little does he know that the fate of all—even humanity itself—may hinge on his ability to discover the truth among their fragmented claims. Working to decode the true past while attempting to save the future, Shep becomes a pawn in the hands of forces working out a quest older than the pyramids—a quest that may lead to the end of everything when it all comes together on 12.21.12.

This was overall a really fun read! I really enjoyed the characterizations and the mythology, and Killian McRae’s writing style flows really well! She’s very good at creating scenes that are easy to visualize, and she really knows her history. I’m a sucker for anything Cleopatra and I love the idea of an ancient race that has the fate of humankind at its fingertips. I really liked the mystery of Cleopatra’s death, and the idea that it may not be quite the story that we learn in history class. The story goes back and forth between different viewpoints, most often Shep and Victoria, and I have to admit, Victoria was my favorite! 12.21.12 was a fun adventure, and a great read! Ms. McRae is a great storyteller, and I’ll look forward to more from this author!