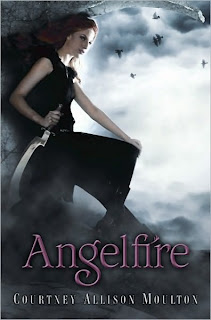 First there are nightmares.
Every night Ellie is haunted by terrifying dreams of monstrous creatures that are hunting her, killing her.
Then come the memories.
WhenEllie meets Will, she feels on the verge of remembering something justbeyond her grasp. His attention is intense and romantic, and Elliefeels like her soul has known him for centuries. On her seventeenthbirthday, on a dark street at midnight, Will awakens Ellie’s power, andshe knows that she can fight the creatures that stalk her in the grimdarkness. Only Will holds the key to Ellie’s memories, whole lifetimesof them, and when she looks at him, she can no longer pretend anythingwas just a dream.
Now she must hunt.
Ellie has powerthat no one can match, and her role is to hunt and kill the reapersthat prey on human souls. But in order to survive the dangerous andancient battle of the angels and the Fallen, she must also hunt for thesecrets of her past lives and truths that may be too frightening toremember.
REVIEW
Ellie is a Preliator, the only mortal with the powerto fight Reapers. Reapers come in many different forms. Some look like animals(huge, vicious, snarling animals), and some, like the vir, can masquerade ashuman.  When Will awakens her powers onher seventeenth birthday, she is drawn into a fight  among angels and demons that can destroy thehuman race.
Angelfire was very readable and well written, and Ienjoyed the angel/demon mythology that comes into play. I also liked theconcepts of the Reapers. Most of the time they don’t show themselves on themortal plane, instead roaming freely in the Grim, a dimension parallel to themortal plane.  The souls of humans areharvested in order to restore the armies of hell for the second war betweenLucifer and God, and it’s up to Ellie to stop it. Ellie is a kick ass heroineand yet struggles to balance her new responsibilities, and growing powers, as ahunter with her more mundane responsibilities as a teen. Will, as her 600 yearold Guardian, is a constant, quiet, and strong presence that shows Ellie thesecrets of her past (and boy, does she have quite a past), and also teaches herto fight in order to stave off the impending apocalypse. When a force isdiscovered that could mean the end of Ellie for good, and threaten her verysoul,  it will take everything thatEllie, Will, and their friends have to see it destroyed. If it can bedestroyed…
Angelfire is told in first person from Ellie’sperspective with interludes to her past and her dreams. There’s just somethingabout Ellie that’s very appealing. It could just be that most of us, at onetime or another, has dreamed of realizing that we have otherworldly powers, canfight like a ninja, and have a set ofknives that shoot angelfire! I mean, how cool is that? There’s also romantictension between Ellie and Will, but it’s not overdone or trite, and adds awonderful thread to the story.
All in all, Angelfire was a good read, and I’m lookingforward to the next novel in the series! 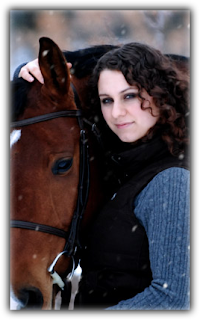 About the author
Courtney Allison Moulton lives in Michigan, where she is a photographerand spends all her free time riding and showing horses. She has alwaysloved reading about ancient mythologies, studying dead languages, andtelling scary, romantic stories. Angelfire is her debut novel.
Visit the author at her website