Uncategorized Interview and Giveaway with Hank Schwaeble, Author of Damnable!

Interview and Giveaway with Hank Schwaeble, Author of Damnable!

Kristin •February 15, 2011Uncategorized
I recently asked Hank Schwaeble, author of the noir supernatural thriller Damnable, to answer some questions for me, and he graciously agreed! Hank is a thriller writer and attorney living in Houston, Texas.Hank’s first short story, “Mugwumps,” appeared in the anthology Alone on the Darkside in 2006.  In 2007, he won a Bram Stoker Award for the anthology Five Strokes to Midnight,which he co-edited with Gary Braunbeck and which included three of hisshort stories.  The book was highly regarded, winning two Bram StokerAwards and a World Fantasy Award nomination. Damnable won the 2009 Bram Stoker Award for Best First Novel!
**GIVEAWAY IS NOW CLOSED**
Please welcome Hank to the blog!
My Bookish Ways: You’ve gone from Air Force officer and Special Agent for the Air Force Office of Special Investigations to attorney and writer! Was there any specific thing that inspired you to start writing? 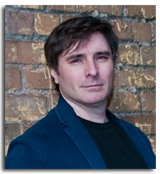 Hank Schwaeble: I‘ve been interested in writing for as long as I can remember reading fiction. I loved reading Edgar Allan Poe as a young child, and I’d say he was my first inspiration to dabble in story-telling. And even early on, it was always scary stuff. I recall winning a “Principal’s Award” for a short story I wrote in the sixth grade about two men hunting an escaped gorilla that had been injected with a drug that caused it to grow to monstrous size. But I’d have to say it was when I was in college that I started seriously thinking about writing professionally. And when I read Clive Barker’s Books of Blood, it was like an epiphany—Hey! This is somebody NEW writing horror! That means I can do it, too! Of course, it was a good number of years before I actually put my mind to it, given the way life intrudes on such plans, but I never gave up on the goal.
MBW: Do you plan to keep practicing law, or would you like to eventually write full time?
HS: I think all writers would like to write full time. But practical requirements make that difficult for most. I went into the military after college, then to law school, because I needed to earn a living and at the time I couldn’t see a clear path from wanting to be a writer to actually being one who made enough money to survive, at least, not a path that didn’t involve luck and penury along the way. I wanted to write, but I didn’t want to be a starving artist. I also realized I needed to learn a bit more about life before I could pretend to comment about it with authority. But to answer your question more directly, eventually I’d like to write more and practice law less, but I can’t see myself not putting my law license to use anytime soon.
MBW: In 2007, you contributed three short stories to horror anthology Five Strokes to Midnight, and also co-edited with Gary Braunbeck. Did the fact that book won not one, but two Bram Stoker awards inspire you to tackle a novel, or was it already in the works?
HS: Five Strokes to Midnight was a great project and a lot of fun. Winning the Stoker for it was extremely gratifying and certainly motivating (in addition to winning for best anthology overall, one of the stories by Gary also won for best long fiction). But I had already finished a rough draft of Damnable by the time that happened (in 2008), and was only a few months away from selling it. 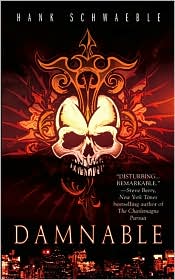 MBW: How would you describe your first novel, Damnable, to someone that hasn’t read it?
HS: I would say it’s a somewhat hard-boiled fusion of horror, action and crime fiction. It’s a supernatural thriller with a noir feel. It centers on a former special forces interrogator who finds himself the focus of a conspiracy involving demons, irresistible women who aren’t quite human, and a plot to upset the balance between Heaven and Hell. In a nutshell, it’s about a guy who’s always assumed he’s going to Hell and who realizes he may just be the only hope everyone else has of not joining him there.
MBW: By any chance, is Jake Hatcher (hero of Damnable) based on you? Even a little?
HS: All writers draw on their own experiences to some degree when writing, and I’m no exception. So, sure, things like my experience as a military special agent and my interest in martial arts certainly informed the characterization. But Hatcher is a man defined by extremes—extreme combat experience, extreme interrogation methods, extreme alienation from society. He’s crossed lines that I’ve never even approached. That said, I think all writers tap into themselves, into their own personalities, to create believable characters. Even when crafting someone reprehensible, we reach down and summon our feelings about others we deplore, try to understand how they think, apply our own sense of rationality to their actions to create a plausible sense of the person we’re writing. In that sense, all characters spring from who we are, even if only as representations of who we aren’t.
MBW: You delve into angel and demon mythology in Damnable. What kind of research did you do? Do you have someone to help with your research, or do you do it all yourself?
HS: I did it all myself. I focused on things I was already familiar with that I thought lent themselves to the world I was constructing. I cherry-picked certain myths and some obscure biblical lore and wove them into ones of my own creation. The Carnates, for example, were something I made up out of whole cloth. I tied them to the legend of the Djinn and Solomon purely to give them a pedigree.
MBW: When you’re not practicing law and writing about unlikely heroes, what do you do to unwind?
HS: I read a lot, enjoy movies, and play guitar. I also try to keep in shape. 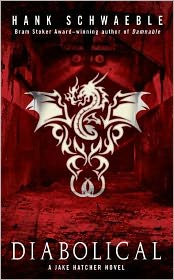 MBW: Can you give us a glimpse of Diabolical (Jake Hatcher #2/June), and of any future projects you might have in the works?
HS: Diabolical picks up almost a year after Damnable. Hatcher has tried to get as far away from New York as is reasonably possible and is laying low in L.A.,when he’s approached by an ostensibly retired Army General who is on some sort of personal crusade to combat the forces of damnation. It seems someone is trying to open a passage to Hell, and since Hatcher’s the only man the General’s aware of who has ever actually fought a demon or has experience with Carnates, he’s pegged as having the best chance to figure out who and stop them. Hatcher senses the General has his own agenda and regardless has no interest in getting involved, but he soon discovers it’s designed to be an offer he can’t refuse.Beyond Diabolical, I’m working on another thriller, which I plan to finish by summer, and once that’s in the can I plan to write another Jake Hatcher novel. I also currently have a short story titled “To Judge The Quick” in Horror Library Vol. IV , on sale now.

Visit Hank at his website!
Read my review of Damnable