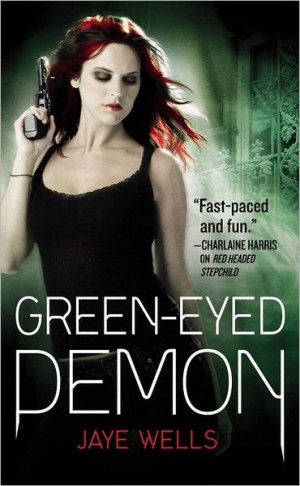 The clock is ticking for Sabina Kane. Her sister has been kidnapped by her grandmother, the Dark Races are on the brink of war, and a mysterious order is manipulating everyone behind the scenes.

Working on information provided by an unlikely ally, Sabina and her trusty sidekicks–a sexy mage named Adam Lazarus and Giguhl, a Mischief demon–head to New Orleans to begin the hunt for her sister. Once there, they must contend with belligerent werewolves, magic-wielding vampires and–perhaps most frightening of all–humans.

But as much as Sabina is focused on surviving the present, the past won’t be ignored. Before she can save those she cares about most, she must save herself from the ghosts of her past.

REVIEW
Sabina Kane, half vamp, half mage, and all kick-ass, is locked and loaded. Her grandmother, head vamp Lavinia Kane, wants her dead, and the feeling is mutual! Granny-from-Hell isn’t the only one that wants her dead. An evil sect, the Caste of Nod, believes that Sabina is destined to unite the dark races, which would really put a damper on their plans to bring back the queen bitch herself, Lilith. Lavinia Kane has also taken one of the things that means the most to Sabina, her twin sister, Maisie. It will take everything Sabina’s got to hunt down Lavinia and save her sister. With sexy mage Adam and loyal demon minion Giguhl at her side, what can go wrong? Right?