Suspense Sunday showcases a genre that I think has gotten overlooked amidst the recent paranormal/supernatural boom: Suspense!

Every Sunday I’ll feature a new suspense title from my library and include info about the author! Happy reading! 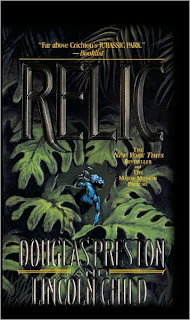 A monster on the loose in New York City’s American Museum of Natural History provides the hook for this high-concept, high-energy thriller. A statue of the mad god Mbwun, a monstrous mix of man and reptile, was discovered by a Museum expedition to South America in 1987. Now, it is about to become part of the new Superstition Exhibition at the museum (here renamed the “New York Museum of Natural History”). But as the exhibition’s opening night approaches, the museum may have to be shut down due to a series of savage murders that seem to be the work of a maniac-or a living version of Mbwun. When the museum’s director pulls strings to ensure that the gala affair takes place, it’s up to a small band of believers, led by graduate student Margo Green, her controversial adviser and an FBI agent who investigated similar killings in New Orleans, to stop the monster-if the culprit is indeed a monster-from going on a rampage. Less horror then action-adventure, the narrative builds to a superbly exciting climax, and then offers a final twist to boot. With its close-up view of museum life and politics, plausible scientific background, sharply drawn characters and a plot line that’s blissfully free of gratuitous romance, this well-crafted novel offers first-rate thrills and chills.

If you haven’t yet discovered the Pendergast series, you’ve got some catching up to do! It’s a great series, with each book more exciting then the last! 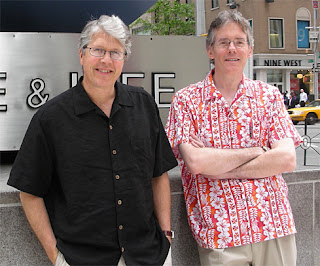 Be sure to visit the authors at their website HERE for extensive bios and lots of other fun stuff!