Kristin •January 30, 2011Uncategorized
Every Sunday I feature a title from an often overlooked genre: Suspense! These are books I’ve read and highly recommend  to anyone that loves a good mystery or crime story, sometimes with a little humor thrown in! 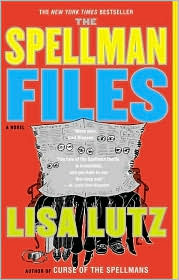 From Barnes and Noble: Meet Isabel “Izzy” Spellman, private investigator. This twenty-eight-year-old may have a checkered past littered with romantic mistakes, excessive drinking, and creative vandalism; she may be addicted to Get Smart reruns and prefer entering homes through windows rather than doors — but the upshot is she’s good at her job as a licensed private investigator with her family’s firm, Spellman Investigations. Invading people’s privacy comes naturally to Izzy. In fact, it comes naturally to all the Spellmans. If only they could leave their work at the office. To be a Spellman is to snoop on a Spellman; tail a Spellman; dig up dirt on, blackmail, and wiretap a Spellman.

Part Nancy Drew, part Dirty Harry, Izzy walks an indistinguishable line between Spellman family member and Spellman employee. Duties include: completing assignments from the bosses, aka Mom and Dad (preferably without scrutiny); appeasing her chronically perfect lawyer brother (often under duress); setting an example for her fourteen-year-old sister, Rae (who’s become addicted to “recreational surveillance”); and tracking down her uncle (who randomly disappears on benders dubbed “Lost Weekends”). But when Izzy’s parents hire Rae to follow her (for the purpose of ascertaining the identity of Izzy’s new boyfriend), Izzy snaps and decides that the only way she will ever be normal is if she gets out of the family business. But there’s a hitch: she must take one last job before they’ll let her go — a fifteen-year-old, ice-cold missing person case. She accepts, only to experience a disappearance far closer to home, which becomes the most important case of her life. The Spellman Files is the first novel in a winning and hilarious new series featuring the Spellman family in all its lovable chaos.

This series is extremely funny and just a lot of fun! If you’re a fan of Stephanie Plum, you’ll love Izzy! 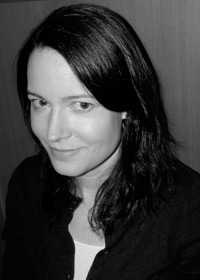 Lisa Lutz grew up in Southern California. After graduating high school, she attended UC Santa Cruz, UC Irvine, University of Leeds in England and San Francisco State University, although she still does not have a bachelor’s degree.
Lisa spent most of the 1990s hopping from a string of low-paying odd jobs while writing and rewriting a mob comedy called Plan B. After it was made in 2000, Lisa vowed she would never write another screenplay. She began working on The Spellman Files in January of 2004. In the fall of that year, she drove across the country and moved into a 200-year-old house in the town of Westernville, New York (pop. 300). It was there Lisa shoveled snow and wrote the bulk of her first novel.
After her months in Westernville, Lisa returned to the west coast—and moved from Los Angeles to San Francisco to Seattle where she stayed for a while to write Curse of the Spellmans. She’s recently returned to San Francisco and has promised her friends and family that they won’t have to update her entry in their address books again for a long while.