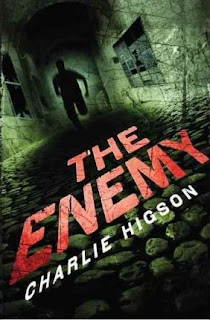 A sickness has afflicted everyone over the age of 16; anyone who is a “grown-up” has become a decomposing, brainless creature that survives by feeding on children. The children and teens have barricaded themselves in fortified buildings, fighting off attacks from the grown-ups who travel in packs, like hungry dogs. Before long, the young survivors are promised a safe haven in Buckingham Palace and make their way to it, crossing London on a perilous journey that will test them in harrowing ways. But their fight to stay alive is far from over—the threat from within is as real as the one on the outside.

I nommed this book like a zombie noms brains; in great, big, juicy chunks.  I even recommended this to my husband, who usually gives anything YA-associated the evil eye. This book follows two groups of teens who have come together to journey across zombie infested London to reach Buckingham Palace, where they have been promised a safe haven, but nothing is what it seems. The pacing is flawless and will keep you swiftly turning pages to find out what happens next, and there are some heartbreaking moments as well. If you’re anything like me, you’ll fall in love with Maxie, Arran, Whitney, Blue, and especially Small Sam as they battle their way to the promise of safety. Higson has created characters that are tough and resourceful, and that will go to any lengths to protect the ones they love. I adored this book and am eagerly awaiting The Dead (The Enemy, Book 2), due out in June, Order The Enemy:Amazon 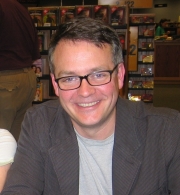 Charles Murray Higson (born 3 July 1958), more commonly known as Charlie Higson, is an English actor, comedian, author and former singer. He has also written and produced for television.
Visit the author at his website!